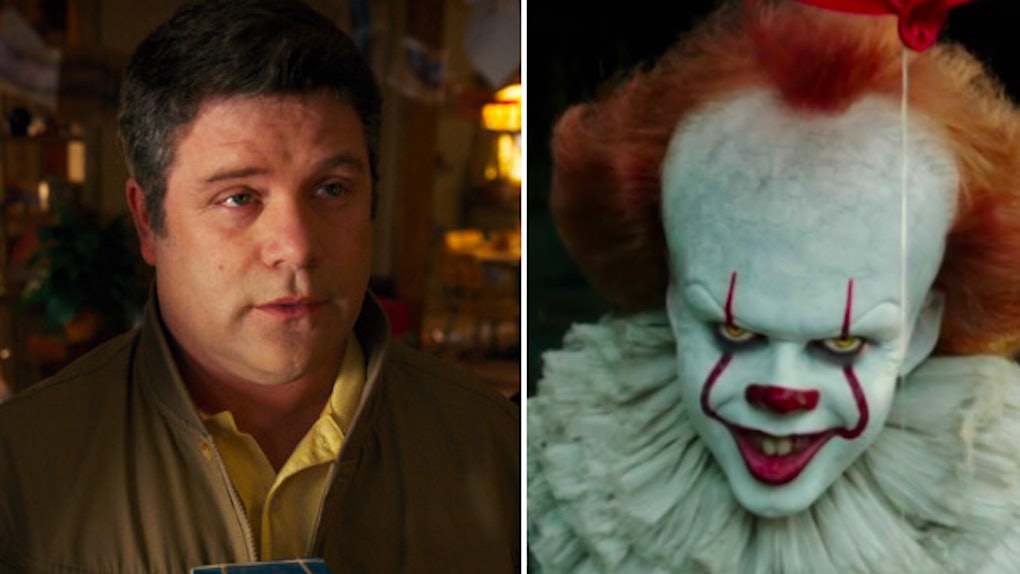 If you're like the millions of people out there with Netflix accounts and a disregard for grown-up responsibilities, then you probably binge-watched Stranger Things 2 recently. Upon meeting the Shadow Monster, being thrust into the Upside Down again, and finally finishing the sci-fi mystery's thrilling second chapter, you may have thought to yourself, "This couldn't possibly be any scarier"; alas, you were wrong as heck and I'm gonna tell you why. A new theory linking Stranger Things with the movie It has surfaced on the interweb and, just when you thought it wasn't possible, it makes both seem even creepier.

That's right, separately, It and Stranger Things have their own signature brands of spooky; both are dark and twisted, yes, but each story has its own singular qualities that set it apart from other, similar projects. It seems as if the two, seemingly unrelated, universes in which these stories take place might actually be one, however, which suggests that It and Stranger Things are not as distinguishable from one another as we once thought.

Fans started picking up on the connections between the projects when a Stranger Things fan account on Twitter put two and two together and linked Joyce's boyfriend (and this season's indisputable hero), Bob, to Pennywise, the clown that's been haunting us for the past several months after a 27 year hiatus.

The account, with the handle @UpsideDownFacts, points out that Bob's parents are from Maine — famously the state where many Stephen King novels take place, It included — and that Bob was haunted by a clown as a kid (which would have been in the late '50s, right around the time the first section of the original It movie takes place). Could this mean that Bob is one of Pennywise's surviving victims? It's certainly one possibility.

If you're still not sold, though, the same account uploaded a video of Finn Wolfhard, the actor who plays both Will in Stranger Things AND Richie in the 2017 remake of It, saying the same line in both projects:

Granted, you might be able to chalk both of these up as coincidences or Easter eggs, but fans of both franchises have been quick to point out other similarities linking the two, all of which make the possibility that Stranger Things and It take place in the same universe harder to ignore. Like this account, which points out how Bob mentions that he found victory over his evil clown tormenter once he stopped fearing it (the same way the kids in It find victory over Pennywise):

And this account, which suggests Bob's mannerisms are sometimes eerily reminiscent of Pennywise:

Of course, this isn't to say Bob is Pennywise, we obviously know that much, but perhaps it is meant to hint at his familiarity with the clown.

Still, other fans on Twitter hold that this is all one big conspiracy theory, and that Stephen King is the mastermind behind Stranger Things:

While this doesn't seem as likely, this is Stranger Things we're talking about, so anything is possible.

More than likely the connections between It and Stranger Things are meant to be subtle nods from the Duffer Brothers to Stephen King — who basically reinvented horror — much in the same way they pay homage to Dungeons and Dragons and other '80s staples frequently throughout their series.

Either way, one thing is for sure: Stranger Things and It have some undeniable similarities and, connected or not, they're both ooky, spooky, creepy, and kooky. All I know is I sure as sh*t don't wanna run into Pennywise in the Upside Down.