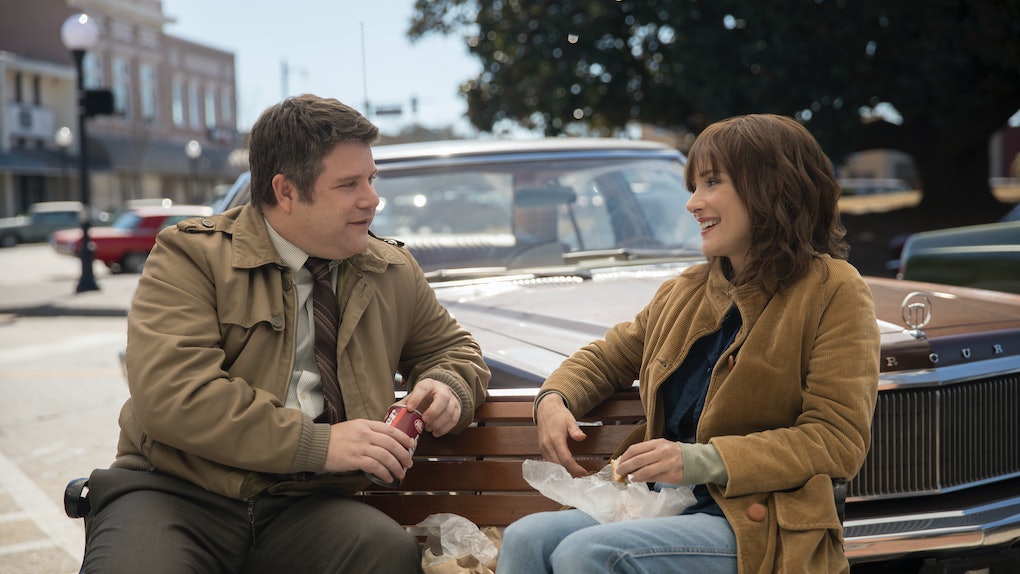 'Stranger Things' 'Goonies' Reference Was So Subtle You Probably Missed It

One of the chief joys of Stranger Things Season 1 was the over-abundance of '80s era nostalgia that every episode contained. "What if Spielberg directed Stephen King?" was the pitch, and boy did it deliver on both fronts. With such a massive sleeper hit on their hands, Season 2 had to deliver more of the same. It lucked out by attracting some new famous names from the '80s era, including Paul Reiser from Aliens and Sean Astin from Goonies. But, it was one Stranger Things' Goonies reference in particular the Duffer brothers wrote into the script that made Astin say "I see what you did there," even if the audience might not have noticed.

For the younger crowd, Sean Astin is forever Frodo's faithful Samwise Gangee, a gardener thrown in over his head who made it back to Hobbiton despite all odds. But for those of us who grew up in the 1980s, Astin is forever Mikey Walsh. Walsh was the de facto leader of the Goonies pack, who begins the adventure of looking for One-Eyed Willy's treasure on an old map he found in the attic. All they had to do was "Find the X."

We at home are quite used to Joyce and her insane need to completely trash her house in search of answers from the Upside Down. Sean Astin's character, Bob Newby, on the other hand, had no idea what he was in for when he showed up with puzzles for "under the weather" Will.

The expression on his face (above) when he walked in and saw the insanity tunnel map that was pasted all the way around the Byers home was pretty priceless.

For a hot second, we all thought maybe this is too much for old Bob. Maybe he'll retreat back to RadioShack and the safety of normality.

But never fear. The man's love of puzzles soon took over, just as soon as Mike and Joyce explained to him the game: "Find the X."

To which Astin, seeing what the Duffer Brothers did there, couldn't help himself and ad libbed:

What's at the X? Pirate treasure?

We see what you did there, Sean.

Of course, being so intimately familiar with maps, both pirate treasure maps and Middle Earth ones, Astin's Newby character was quick to put the pieces together: "It's a map!"

Joyce actually didn't get it, but frankly, she didn't need to. As long as Bob got it, and told her where that X was, she was fine.

We're all pleased as punch that Astin survived that long to help with the puzzle and solve the mystery of "Where's the X." Especially since, during the aftershow Beyond Stranger Things, the Duffer brothers admitted Bob wasn't originally supposed to even live that long.

When Bob was first written, and before Astin sent in an audition tape to get the part, the Duffers originally had him die off far earlier. In fact, all of Will's action occurred earlier, as we can see from the original titles of Episodes 2 and 3 "The Boy Who Came Back to Life" and "The Pumpkin Patch." By Episode 3, Will was supposed to already be possessed, and kill Bob during that ride to school.

But after Sean Astin threw his hat into the ring, and the Duffers realized they had an actual '80s era treasure on their hands (along with a quality actor), they changed the script. They allowed the character to live all the way until nearly the end of the season, and send him out as Superhero Bob. We salute them, and Astin, for all he gave to Hawkins. RadioShack will be all the poorer for his loss.