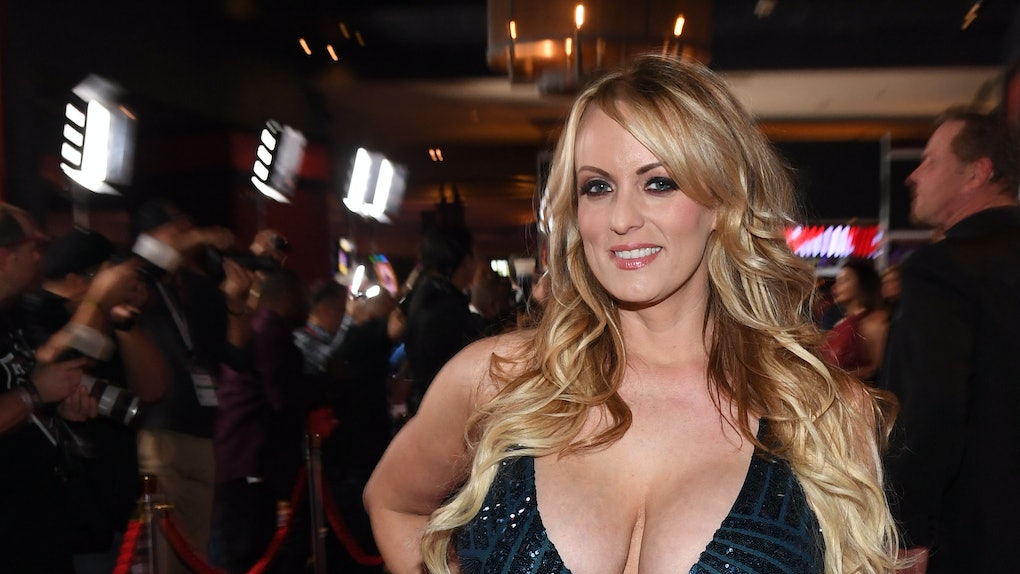 Two months after reports from The Wall Street Journal, The New York Times, and other media outlets detailed an alleged 2006 affair between then-private citizen Donald Trump and an adult film star, the star, Stormy Daniels, is now suing Trump. The lawsuit alleges that Daniels and Trump had an "intimate relationship" that began in 2006 and continued "well into the year 2007." The lawsuit also claims that a "hush agreement" made between the two parties representing Daniels and Trump is "null and void" because Trump never actually signed the agreement. In January, a White House official denied allegations of an affair as "old, recycled reports, which were published and strongly denied prior to the election."

The suit claims, "On or about October 29, 2016, only days before the election, two of the parties signed the Hush Agreement — Ms. Clifford and Mr. Cohen (on behalf of EC). Mr. Trump, however, did not sign the agreement, thus rendering it legally null and void and of no consequence."

Although Cohen has claimed he paid Daniels $130,000, he has also said that Trump denied the allegations of an affair. Elite Daily has reached out to the White House for comment on the lawsuit, but did not hear back at time of publication.

The "EC" that Stormy Daniels' lawsuit refers to is an abbreviation for Essential Consultants, the name of a limited liability company established by a lawyer of Trump's, Michael Cohen. The existence of Essential Consultants was first reported by The Wall Street Journal, which said that Cohen established the LLC in the days leading up to the election, in order to wire $130,000 to Daniels — whose real name is Stephanie Clifford — in exchange for her silence on the alleged affair.

Over a month following The Journal's reporting, Cohen acknowledged that the payment was made, but also said "neither the Trump Organization nor the Trump campaign was a party to the transaction with Ms. Clifford, and neither reimbursed me for the payment, either directly or indirectly."

The lawsuit against Trump, however, thoroughly contradicts Cohen's position, alleging that Cohen used aliases to refer to Stormy Daniels and Donald Trump within the language of the "hush agreement" — "Peggy Peterson" for Daniels and "David Dennison" for Trump.

The lawsuit also claims that the non-disclosure agreement was made specifically to deter Daniels from going public with details of her alleged relationship with Trump. The lawsuit alleges,

As a result of Ms. Clifford's efforts aimed at publicly disclosing her story and her communications with various outlets, Ms. Clifford's plans came to the attention of Mr. Trump and his campaign, including Mr. Michael Cohen, an attorney licensed in the State of New York ... After discovering Ms. Clifford's plans, Mr. Trump, with the assistance of his attorney Mr. Cohen, aggressively sought to silence Ms. Clifford as part of an effort to avoid her telling the truth, thus helping to ensure he won the Presidential Election.

The full text of the lawsuit was tweeted by Daniels' lawyer, Michael Avenatti, on Tuesday, March 6.

In addition to alleging that a non-disclosure agreement between Trump and Daniels is invalid, the lawsuit also alleges other details that are similar to those that had been reported about the alleged affair between Stormy Daniels and Donald Trump.

That description mirrors the quotes attributed to Daniels in the transcript of an interview released in February by In Touch Weekly, which the magazine says took place in 2011. In the interview, Daniels is quoted as saying that she met Trump at a celebrity golf tournament in Lake Tahoe and claimed that their first sexual encounter took place at the Beverly Hills Hotel.

Now, in the form of a lawsuit against Trump, Daniels is publicly discussing the details of that alleged encounter.