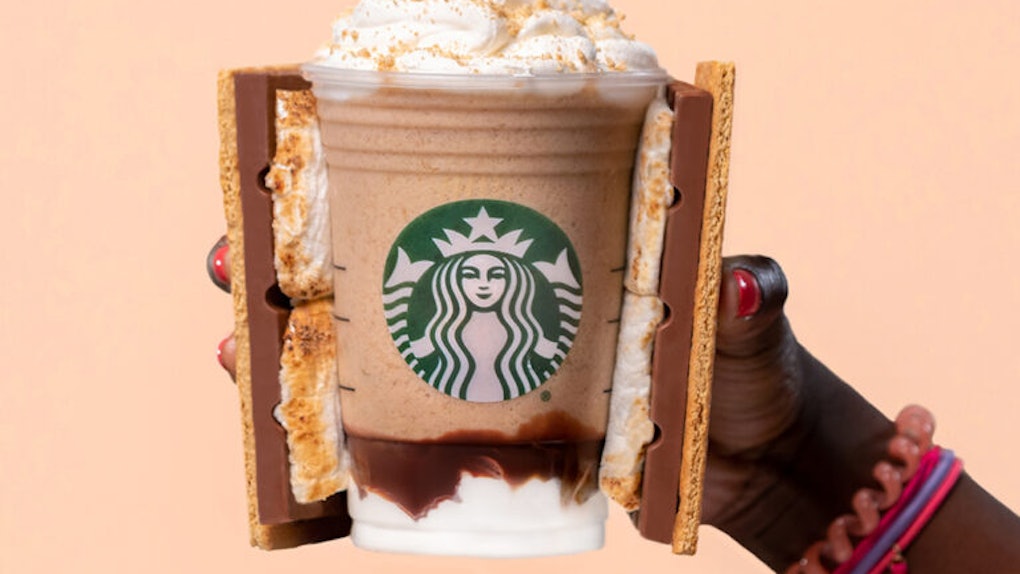 Fueling up for summer is about to get a lot sweeter, thanks to Starbucks' June 6 Happy Hour deal. To kick off the start of the season, the coffee giant is giving you a tasty reason to fuel up midday by offering its assortment of Grande Frappuccinos for just $3. Here's how you can take advantage of the Happy Hour and start living your best, most caffeinated life on the cheap come Thursday.

If you haven't taken part in Starbucks' Happy Hour deals yet, you're really missing out. Before each happy hour, Starbucks mobile app users can check out the deals for extra savings on certain drinks that week. As much as I love heading to Starbucks for an afternoon coffee run, those extra lattes and Frappuccinos can really add up — which is why you definitely don't want to sleep on it when the coffee chain decides to bless Starbucks devotees with a happy hour deal.

While the last Happy Hour on Thursday, May 23 invited you to bring a friend or coworker on your Starbucks run with a buy one get on free Frappuccino deal, I'm personally looking forward to the fact that I don't need a plus one to get in on some major savings on June 6.

Whether or not you bring your bestie, coworker, or bae with you, you can head to your local Starbucks anytime after 3 p.m. on Thursday and get your Grande Frappuccino of choice for just $3. To put that into perspective, that's just a few cents more than an iced coffee in the same size, so you know you're scoring a great deal.

While there's no shortage of tasty Frappuccinos to choose from, I'd personally recommend checking out the three fan-favorite sips that Starbucks brought back in late April. Chocolate lovers won't be able to get enough of the Mocha Cookie Crumble Frappuccino, while the Caramel Ribbon Crunch Frappuccino is basically a caramel devotee's dream in a cup. My personal favorite, the S'mores Frappuccino, is a tasty of your childhood summers with a recipe inspired by the warm weather treat you know and love.

Starting at 3 p.m. on June 6, all three of these options as well as Starbucks' entire arsenal of Frappuccino drinks are just $3, so there's no better excuse to try one you've been curious about or enjoy an old favorite at a discounted price.

To enjoy the Happy Hour deal, make sure that you download Starbucks' mobile app. While you're there, you can also sign up to be a Starbucks Rewards member if you haven't done so already, but you don't need to be a Rewards member to snag the deal. Once you sign into your account, you can head to your inbox to find the latest Starbucks Happy Hour deals. Once you're at your closest Starbucks, which you can find using the Store Locater in the app, you can redeem the deal with your barista, and voila, you're scoring a Frappuccino for just $3. Happy Hour deals aside, I'd personally also recommend Starbucks' mobile app for other surprise deals on beverages and food, so it's a good idea to download it anyways if you frequent Starbucks.

Just remember that Starbucks' June 6 deal kicks in at 3 p.m., so make sure that you've downloaded the company's mobile app before then, and then head over to claim your $3 Frappuccino.