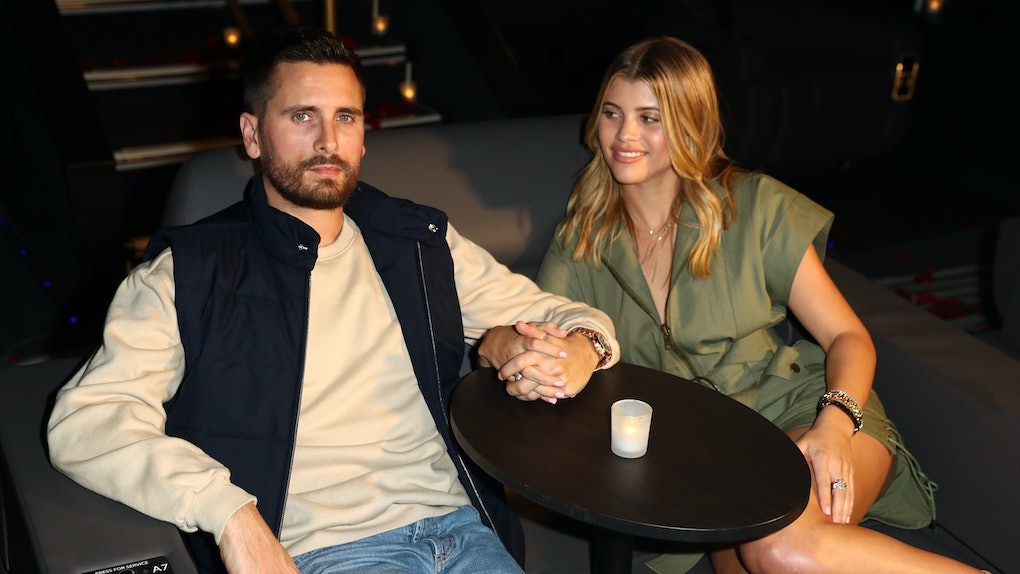 These days, internet trolls can feel like a dime a dozen. It doesn't take much to spark the interest of a stranger on the internet, and no one knows that better than celebrities who have their comments turned on. Seriously, they can't post a picture of their own children without someone harassing them in the comments section. For example, Sofia Richie — who has been dating Scott Disick for nearly two years — deals with a lot of hate online. So, IMHO — Sofia Richie’s response to breaking up with Scott Disick via an Instagram comment was seriously amazing.

After Richie posted a cute selfie with her friend to Instagram, it didn't take long for a random stranger to comment something mean. Considering the fact that the photo didn't even feature Disick in it, it's especially confusing and annoying that someone had to bring him up, but whatever. As the Instagram account @Commentsbycelebs caught, someone wrote "leave Scott alone and face your future," for whatever creepy reason. Richie had the best response! Sure, she could have ignored the comment, or reported it and had it removed, but instead, the 20-year-old decided to clap back in a seriously epic way.

So, what did she write? Richie simply responded, "leave me alone and face your future," which is perfectly sassy and smart. After all, what business does this internet stranger have telling a successful 20-year-old model what to do and who to date? It sucks that people feel the need insert themselves in the lives of others, but Richie's response was seriously mature. And that's not exactly surprising: Richie may be young, but she's seems quite levelheaded.

Speaking to Tatler for their April 2019 cover, Richie opened up about why she doesn't post a lot about her relationship with Disick. "I think a lot of people think they have to prove their relationships through social media and I'm just happy being private about my relationship," she said. "It's not like I won't post pictures about it, but I like having my little private life." Moreover, Richie and Disick have dealt with more than their fair share of criticism regarding their relationship, mostly due to the 15-year age difference. This is incredibly ageist — love is love, and age is just a number, people!

Additionally, many hardcore fans of Keeping Up With The Kardashians are still hopeful for a Disick and Kourtney Kardashian reunion, since the former-couple shares three children together. But Disick seems happy in his relationship with Richie, and Kardashian is totally chill about the relationship, even allowing Richie to spend time with the kids. The three event went on a family vacation together in December 2018, proving that it's totally possible to move forward and coparent with an ex.

So really, it doesn't matter what internet trolls think about Richie and Disick. They're happy, and that's all that matters. If their relationship bothers someone, then that's not their problem. Richie doesn't owe anyone an explanation, and her decision to keep her relationship private is completely understandable. After all, she posted a photo with her friend and still got attacked — but the way she responded was seriously mature and amazing. More power to her!