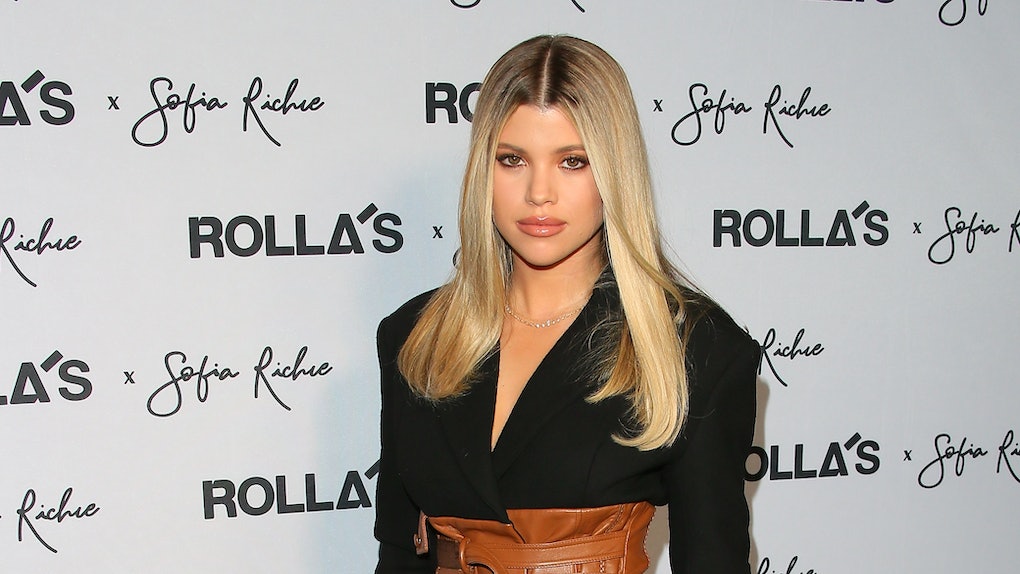 You ready to sift through an extremely tangled web of rumored A-list love affairs? OK, buckle up. On Oct. 17, Sofia Richie reportedly went out with Matthew Morton at Nobu Malibu. There's no concrete intel on what's going on with Richie and Morton, but, in my humble opinion, they were very much giving off couple-y post-date vibes in the pictures. (Elite Daily reached out to reps for both Richie and Morton for comment but did not hear back in time for publication.)

So, who's Morton? Well, according to The Daily Mail, he's the co-founder of popular coffee shop chain Cha Cha Matcha. He also can relate to Richie on the whole "having a rich dad" thing, considering his father is the founder of the Hard Rock Café restaurant chain.

But here's where things get even more interesting: Morton is also rumored to have dated Bella Hadid in the past. In November 2015, Page Six reported, "Our source said Bella and Matt used to be an item and they’ve been hanging out again since he started studying at NYU."

That said, within the same article, another source dismissed the rumors. “Matt was at her birthday party in early October, but other than that they haven’t been in the company of each other in the past six months. And [The Weeknd] was at the party with her," the source reportedly shared. "They run in the same circles, but there’s no truth to [them hooking up] at all.” (Elite Daily reached out to reps for Hadid and Morton about their rumored relationship, but did not hear back in time for publication.)

Richie's date with Morton came just two days after her rumored ex Disck was reportedly spotted, according to Us Weekly, exiting West Hollywood's Kimpton La Peer Hotel with model Megan Blake Irwin. Just a couple weeks before he was spotted with Irwin, Disick was photographed on what appeared to be a date with model Bella Banos. Where were they spotted, you ask? None other than Nobu Malibu, you know, where Richie and Morton just went on their maybe date? (Elite Daily reached out to reps for Disick, Irwin, and Banos for comment on the dating rumors but did not hear back in time for publication.)

I told you this would be a lot!