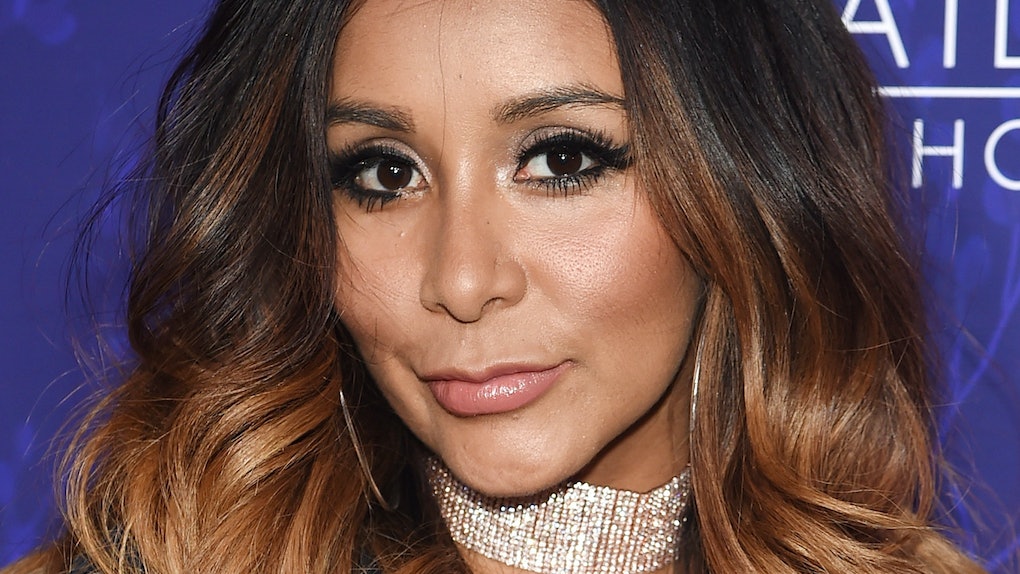 Snooki's Third Baby Is A Boy, According To Her Adorable Gender Reveal Party Video

Nicole ‘Snooki’ Polizzi is pregnant, everyone! And she just revealed whether she’s having a boy or a girl. In a video posted to YouTube on Thursday, Dec. 13, Snooki gave fans the inside scoop on her gender reveal party. At the tail-end of the video, she and her family revealed the baby’s sex. So, what’s it going to be? Snooki’s third baby is a boy and her older kids couldn’t be more excited!

"We don't like surprises. I especially need to know, so I’m not the type of person to find out in a reveal, but I decided to still have a reveal party knowing that me and Jionni know. Our family doesn’t, so it's more for the family," Snooki explained in the intro to the video.

The video then follows Snooki as she goes shopping for the party. At one point, she buys baseballs that, when hit, explode and reveal pink or blue powder. Later on in the video, Snooki records her family gathering at her house as well as some snacks that her mom brought over for the party.

You can check out the whole video down below:

Snooki’s two older kids feature prominently in the video. When Snooki asks them whether they hope it’s a boy or a girl, they both exclaim, “a boy!” Then a moment later, her son says, “If it’s a girl I’m gonna die!”

The two little ones also played a huge part in unveiling the sex of their new sibling! Snooki’s son Lorenzo was tasked with hitting the special baseball and her daughter Giovanna looked on as it all happened. After a few practice runs, Lorenzo hit the ball and it revealed that he’d be getting a little brother soon!

Snooki revealed her pregnancy just two weeks ago, on Nov. 29, via her YouTube channel. In the video, she zoomed in on three positive pregnancy tests and then recorded her journey to the doctor’s office to get her first sonogram.

"I'm just super excited to get this going," Snooki said in the video. "Me and Jionni have been trying to have a baby since July and now it's finally happened. I was getting a little worried because it wasn't happening as soon as I wanted it to."

Snooki also talked about what her little ones were feeling about having a new sibling. “They've been waiting. They've been asking for another baby. Hopefully it will calm them down because these two are always attacking each other and I just want to drink a bottle of wine. Now I can't so hopefully this will settle them down and get excited," she said.

Aw, what an exciting time this must be for Snooki and her family! Congrats!

More like this
Bryce Hall Is Reportedly Being Sued For Starting A Fight At An L.A. Restaurant
By Brandy Robidoux
Lizzo's TikTok About DMing Chris Evans On Instagram Is Truly Hilarious
By Abby Monteil
Why Did Addison Rae Deactivate Her Twitter? Fans Think This Is The Reason
By Brandy Robidoux
Stay up to date