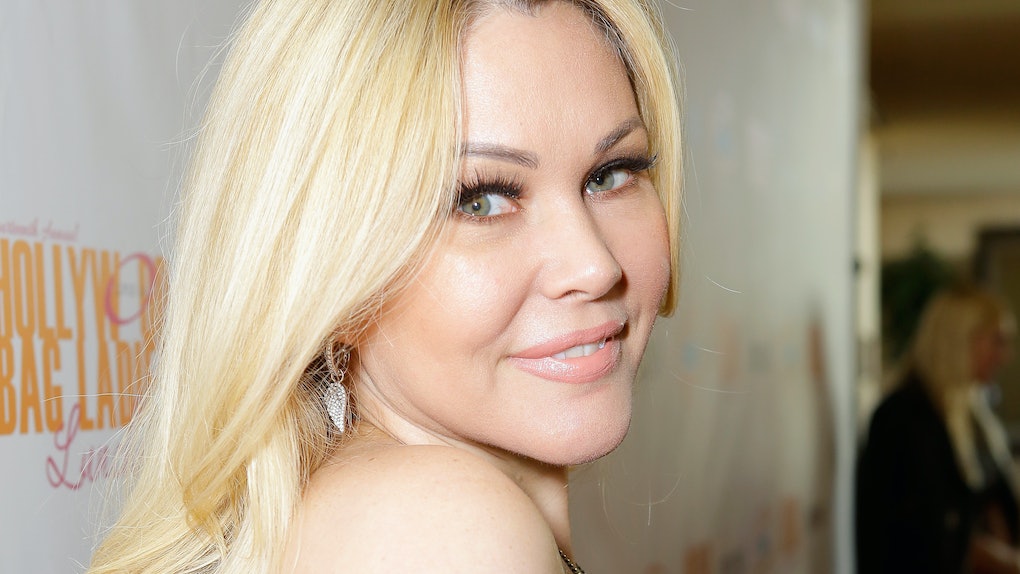 Is this the end of the Travis Barker, Kourtney Kardashian, and Shanna Moakler relationship drama? The model seemingly cleared up any misconceptions that fans might have about her not liking the reality TV star when she spoke to Us Weekly on Feb. 26. "As long as [Kardashian is] great to my kids and they're both happy, I'm happy for them. I absolutely am super happy for them. I have no ill will toward anybody," she said. It seems to me Shanna Moakler's quote about Travis Barker and Kourtney Kardashian shows that she's glad her ex-husband has moved on.

Moakler also spoke highly of the couple when she ran into a reporter outside of Los Angeles Internal Airport on Feb. 19, according to Page Six. "He's my friend and co-parent, and I want him to be happy, and if being with her makes him happy, and she's happy, I'm happy for both of them, honestly," she said. "He can handle that Kardashian drama."

It seems like Moakler is ready to put the past behind her. After all, she and the Blink-182 drummer had been divorced for at least 12 years before Kardashian confirmed she was dating Barker on Instagram. However, not long after Kardashian shared her cute post on Feb. 16, the drama with Moakler began.

Hours after Kardashian became IG official with Barker, Moakler liked a shady comment on one of her own IG posts which read, "Shhhhiiiii that broad don't got nothin' on you. Travis downgraded big time." And when Kardashian seemingly responded by making a blog post about people having a hard time moving on from their exes, Moakler seemingly shaded her right back. The model shared a cryptic quote to her IG stories, which read, "Stop complaining about your life. There are people out there dating your ex." Yikes. She also included a crying-laughing emoji and a winking emoji.

But it seems like Moakler has officially put an end to any rumored drama between her and Kardashian for good — or, at least, I hope so! Fan will just have to wait and see whether Kardashian offers an olive branch in return.