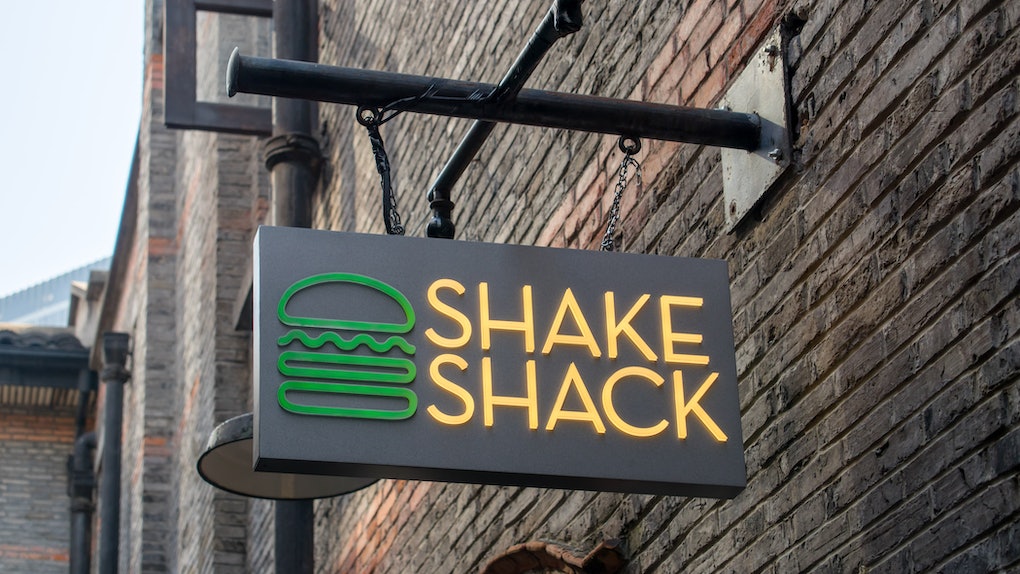 If you were thinking that Black Friday would just be an endless sea of tech deals and home items, think again, because major foodie deals are also happening. Deals from places like Dunkin' and Shake Shack are popping up to help diners save big on their meals. If Shake Shack is one of your go-to spots for grub, you won't want to miss out on this news, because Shake Shack's Black Friday deal could win you free burgers for an entire year.

From Nov. 27 through Dec. 1, you'll have the chance to get free fries, free burgers, free delivery, or free Shack for a year. Yep, that means that you could be sippin' on those legendary shakes well into 2020 and skip paying for lunch because Shake Shack's got you covered. If you're here for this deal, Shake Shack's "Black Fryday" is allowing everyone to get a prize, and a lucky few to win big.

Per Shake Shack's official press email, to get the chance to win free fries, burgers, or a full year of the Shack, simply order at your local Shake Shack, via the Shack pick up app, or Grubhub delivery app. By doing so, you'll get a scratch off ticket included in the order. Then, hope you get lucky and scratch off to see what you've won. Everyone walks away with a prize, which could be one of the following:

According to a Shake Shack representative, the scratch off tickets will be handed out beginning on Nov. 27 and throughout Dec. 1, but you will need to redeem your Shake Shack prizes before the end of the promotion, on Dec. 25.

If you happen to be ordering from a Shake Shake during the holiday season, you'll be excited to hear about the brand's new Holiday Shakes. With three different flavors now available nationwide, you can enjoy the season with a festive sip and get prepped to win a Shake Shack prize. The new flavors are Chocolate Peppermint (which could be the envy of any peppermint mocha fiend), Christmas Cookie, and Coconut Snowball.

These are a limited-time offering, and you can pick one up at your local Shake Shack from now through Jan. 5, 2020. Each of the seasonal flavors has a frozen custard base with whipped cream and toppings. For instance, the Coconut Snowball has coconut and sprinkles on top, while Christmas Cookie has crumbled shortbread with sprinkles. The ultimate, though, is the topping on the Chocolate Peppermint Shake: chocolate peppermint bark.

Make sure you jot down the dates if you want a chance to win free Shack for the year. If every card is a winner, what is there to lose?