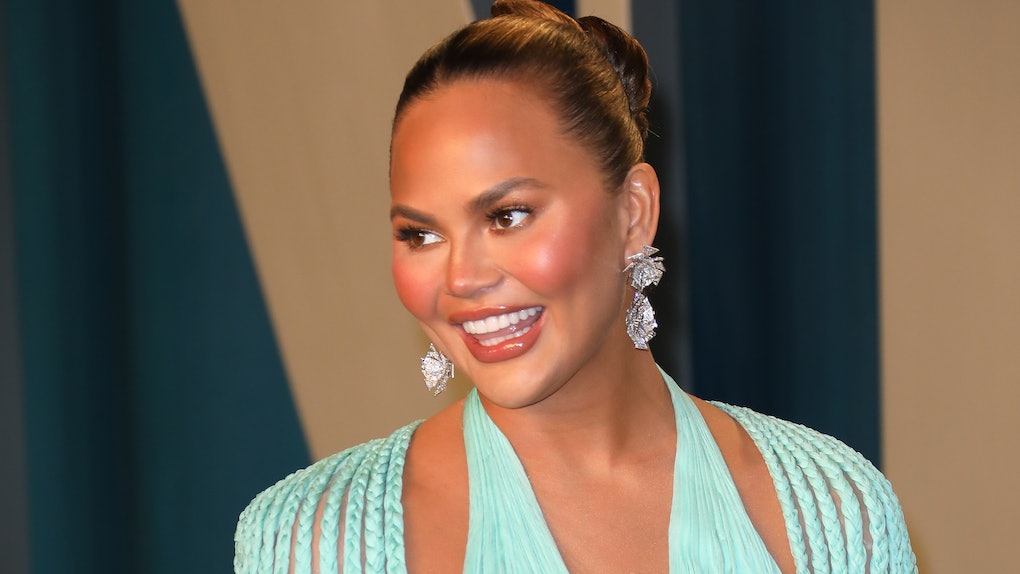 With any reality show, there's always the question of how much of it is actually real, and how much of it is manufactured for the cameras. That has definitely been the case with Netflix's Selling Sunset, whose drama has had fans buzzing about all over Twitter. Among those fans is Chrissy Teigen, who recently tweeted her questions about the authenticity of Selling Sunset, claiming she's never heard of any of the realtors on the show. Now, in a twist that is made for reality TV, Selling Sunset's Jason Oppenheim is showing Chrissy Teigen's home, so Teigen is getting a definitive answer once and for all.

Back in August, Teigen announced on Twitter that she had watched all of Selling Sunset, the show that follows a bunch of glamorous Los Angeles real estate agents as they sell some of the most extravagant homes in the country. In her tweets, Teigen questioned whether or not the agents on the show actually work in L.A., since she had never crossed paths with them. She wrote: "I will say, I look at L.A. real estate a lot and have never seen any of these people lol [n]either have our agents, who I have obsessively asked."

A bunch of the Selling Sunset agents, including Oppenheim and Mary Fitzgerald, replied to Teigen's tweet to defend their careers. "Regarding your agent's knowledge of members of my team, I respectfully don't know him either although that doesn't mean he isn't successful and didn't just sell you a stunning home in Weho (seriously, I love your new house)," Oppenheim replied to the celeb.

Now, Oppenheim's latest tweet to Teigen on Sept. 9 revealed a new development that should totally clear up any confusion.

Apparently, Oppenheim is showing Teigen's house, which she recently put up for sale, to one of his clients — which should prove to Teigen once and for all that he is, in fact, a real agent.

Teigen hasn't responded to the tweet, but plenty of fans on Twitter have, and the consensus is clear: The fans want to see Teigen on Selling Sunset. @emshelx wrote: "If Chrissy goes on Selling Sunsets this will be the ultimate episode," while @Official_Jamal wrote: "DONT DO THIS WITHOUT THE CAMERAS AHAHAHA!"

Selling Sunset has not yet been announced for a Seaon 4, though the success of the first three seasons — which are streaming on Netflix now — makes the possibility of another one promising.

More like this
8 Facts About Lisa Delcampo On 'The Circle,' AKA Lance Bass' Assistant
By Rachel Varina
Colton Underwood Is Reportedly Making A Netflix Show After Coming Out As Gay
By Dylan Kickham
'Ginny & Georgia's Sara Waisglass Has Big Dreams — & They Involve 'SNL'
By Lexi Williams
Stay up to date