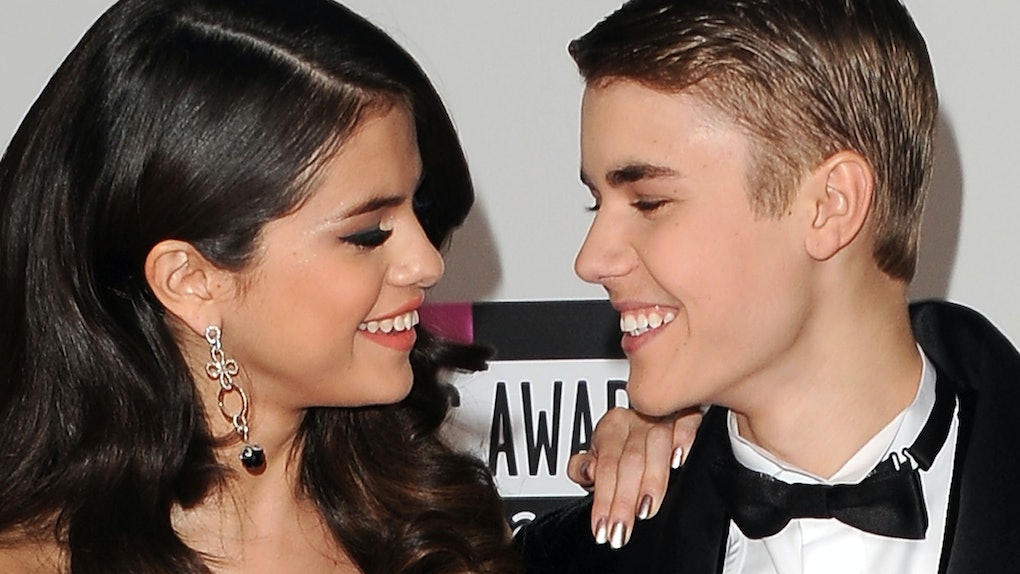 Following Selena Gomez's split with The Weeknd, it seems Justin and Selena might be back on. Just looking at Selena Gomez and Justin Bieber's body language during their most recent hangouts is all you need to convince you that there's no love like the very first one. Insiders claimed to PEOPLE that Selena has always seen the very best in Justin, despite his bad-boy reputation, and she's never completely gotten over him. Justin, meanwhile, has reportedly been going the length to prove himself to Selena, being extra attentive to her following her kidney transplant over the summer. What do you think? Am I living in a fairytale or do you also belieb these two potentially getting back together could be proof of true love?

Body language expert Susan Constantine took a close look at some of the more recent photographs of Selena and Justin hanging together, paying special attention to visual cues, like their shared gazes and facial expressions. According to her, the two look like they have a deep, long-lasting emotional connection. The two lovebirds might still have some balance to work out in their relationship, but it seems the two could actually be back together for keeps. Here's the evidence.

According to Constantine, Selena and Justin have "a deep connection they haven't been able to find in any other mate." Take a precursory look at the first photo in the tweet above, and you might think that there is distance in their relationship, since the two seem to be walking so far apart. But look at their faces, she says, and you'll find they really enjoy just being in one another's company.

"Their smiles are genuine, and we even see Selena looking up at him in that one photograph, with her lips pressed and her eyes closed. This is an expression of deep endearment," says Constantine. "She really adores him."

2. Selena Leans On Him For Strength

Constantine says that from the way Selena positions herself next to Justin, even leaning on him with her torso, demonstrates that he is her confidante and her anchor. Justin, on the other hand, takes the lead.

"He wants to make sure she's safe and well protected," says Constantine. "He cares deeply about her and her safety. Selena allows herself to be vulnerable, and for Justin to take the lead."

3. She Listens To Him Attentively

Justin feels quite confident, says Constantine, judging from how he's elevated above her in this picture. He sees himself as the leader.

"She's actually allowing herself to be dominated by him," says Constantine. "Since she's not parallel to him or at the same height."

Let's hope that this was just a temporary dynamic and that the two have a more equal playing field.

4. He's Going The Distance For Her

The two were pictured sharing an intimate embrace at a restaurant in Beverly Hills, with Justin basically leaning all the way into Selena. Selena also closed her eyes and buried her face into Justin's neck in one of these pictures, in a gesture nothing short of adorable.

"She is showing a lot of vulnerability," Constantine says of the photograph. "This is a person who is showing she has a deep, intimate, emotional connection [to Bieber.]"

Constantine also says that this embrace demonstrates that their relationship goes much deeper than the physical level. "They are connected on an emotional level. She totally depends on him, and she anchors him as well. They've got a really great thing going beyond the showmanship of facing a camera."

She says the two seem to be in their own little world — and that's a good thing for them. "When they are alone, they are actually alone. They disconnect themselves from anything happening around them and are totally into one another."

Here's hoping that the two of them can continue to find love and grounding energy in one another, because honestly, we all deserve that kind of love.

More like this
Justin Bieber's Quote About His First Year Of Marriage To Hailey Baldwin Is Unexpected
By Corinne Sullivan
Madison LeCroy Has A New Boyfriend After Those Alex Rodriguez Cheating Rumors
By Lydia Wang
Why Did Jennifer Lopez & Alex Rodriguez Break Up? She Dropped A Hint On Instagram
By Candice Jalili
Stay up to date