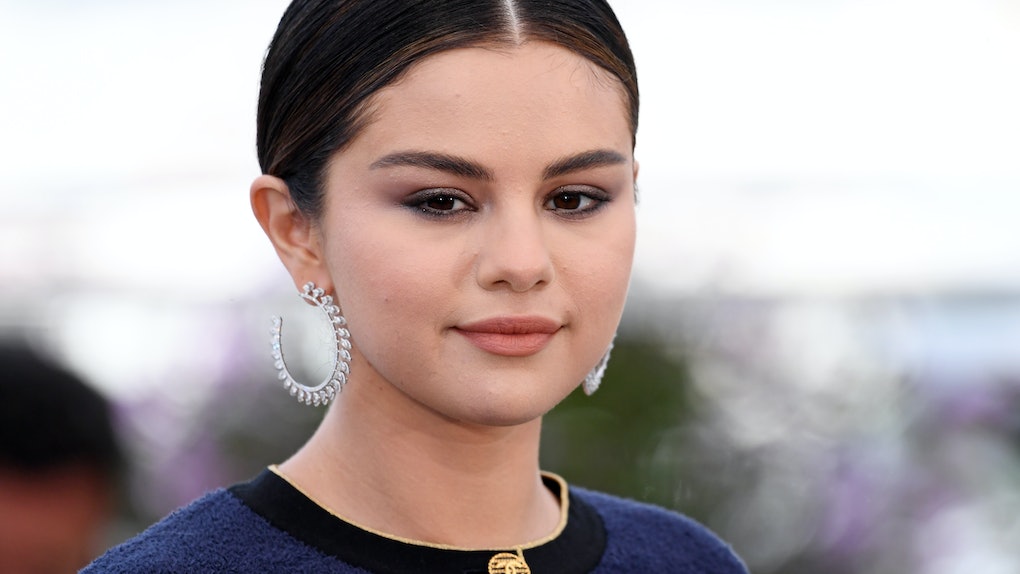 Selena Gomez Deleted An Instagram About Justin Bieber, But What Does It Mean?

It's no secret that Selena Gomez is pretty popular on Instagram. While she may no longer hold the reign of "Insta Queen" with the most followers, 152 million fans still adore looking at the photos the singer posts. So, of course, when Gomez makes a change to her Instagram, someone is going to notice. Case in point: Selena Gomez deleted an Instagram about Justin Bieber, and yes, fans have already taken notice.

A Gomez fan account, @theselenarundown, first noticed the removal of the photo. The image in question was a happy birthday post from Gomez to Bieber on his 24th birthday in 2018. She captioned it, "March 1, 1994 someone that I know that happens to be super cool was born. Boom." Gomez and Bieber — who had been dating on and off since December 2010 — rekindled their relationship in November 2017, and Gomez acknowledged his birthday on Instagram around four months later. Just one week later, a source told E! News, "They were having a lot of little disagreements recently and one fight in particular blew up and caused them to decide to 'break up.'" Four months later, that July, Bieber proposed to Hailey Baldwin; the couple tied the knot at a courthouse ceremony in September.

So, what lead Gomez to delete the birthday post now? Honestly, it's anyone's guess.

While the status of Bieber and Gomez's current relationship is unclear, he recently offered some insight into how he feels about his ex. In March, when an Instagram troll wrote to Bieber, “You are NOT in love with Hailey! You only married her to get back at SG," the Purpose singer fired back with an explanation:

I absolutely loved and love Selena she will always hold a place in my heart, but I am head over heals in love with my wife and she is absolutely the BEST THING that has ever happened to me period. The fact that you want to spend your day dedicating yourself to hate says a lot about you, and if this was some sick ploy to get my attention U to get are wrong on so many levels I’ve seen multiple people say things like this and will never respond again to a message like this because I don’t like to even give it my energy but this is a reply to all the immature sick people who send Hailey hurtful messages like ‘he always goes back to Selena’ or ‘Selena is better for him’ YOU HAVE NO IDEA MY LIFE AND WHAts good for me!!

It's possible that Gomez chose to delete the post in an effort to let go of her past relationship and move forward with a clean slate. "It is a declaration of independence where you can begin to differentiate from the relationship," Todd Baratz, a psychotherapist who focuses on sex and relationships, previously told Elite Daily of the pros of deleting photos of an ex on Instagram.

If Gomez is ready to be Miss Independent, good for her! She deserves to be happy — with or without her ex on her Instagram grid.