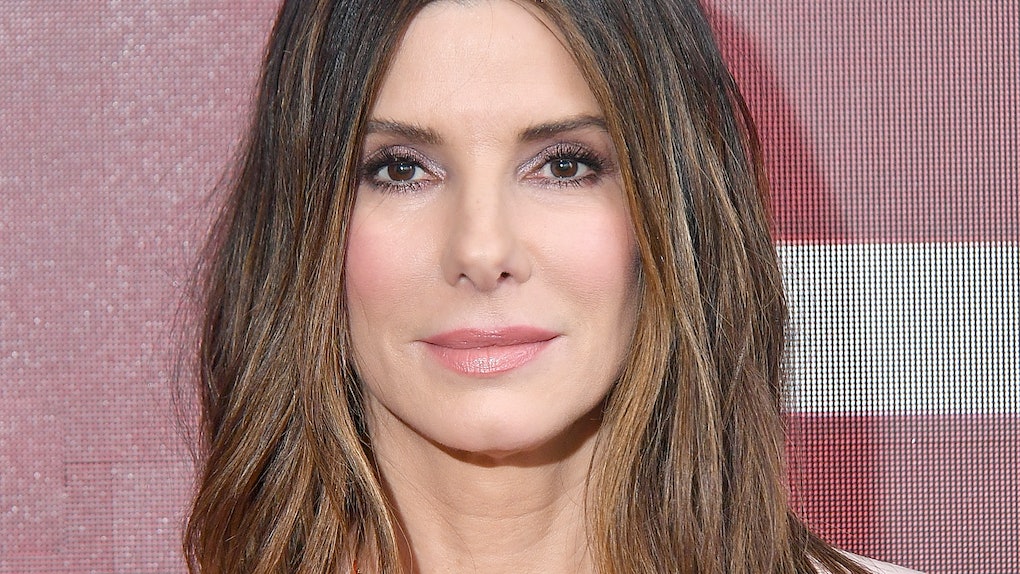 A lot of people say that college are the best years of your life, and a big movie star is about to explore that on a new TV series. Sandra Bullock is taking a break from her usual place in front of the camera to step behind the scenes as a producer for a new Amazon series based on her own college experiences. Based on its plot details and the creative team behind it, it sounds like Sandra Bullock's new Amazon series about college will be your new obsession.

The new series doesn't have a name yet, but the description of it sounds pretty exciting and perfect for a nostalgic audience. The Hollywood Reporter provided a synopsis of the series:

[The project] is set in the deep South in 1980s and the oppressive cultural norms that defined the place and time. The show will focus on a darkly offbeat young woman who defies expectations and sets out in search of love, community and, most importantly, an identity of her own.

The show is going to be a musical dramedy will explore the lives of a group of young outcasts as they delve into drag culture, mental health, and the AIDS epidemic. According to The Hollywood Reporter, the series is loosely based on Bullock's own experiences attending East Carolina University in Greenville, North Carolina as part of the class of 1987. The concept for the series sprang out of conversations Bullock had with producer Akiva Goldsman. Goldsman is behind series like Star Trek: Discovery and Dark Tower, and now he'll also be a producer on Bullock's college series.

Since it sounds like the series will also have musical aspects, it also needs someone with musical talent and expertise behind the scenes. That will be coming in the form of singer and producer John Legend. He and his production company will be stepping in the curate the diverse genres of music the series plans to utilize, including 80s pop, Southern gospel, and opera.

Bullock previously said in an interview in Glamour that she had a pretty wild time in college, so her experiences should provide some juicy fodder for the Amazon series. Bullock said, "I did some stupid things in college. Fact that I didn't wind up in jail: miracle. Miracle!"

This new series won't be Bullock's first time producing. She previously executive produced the ABC sitcom George Lopez executive produced the recent Netflix film Bird Box, which she also starred in. Since the new series is about a group of people in college and Bullock is a few decades out of school, she likely won't be part of the main cast. But, there is always the possibility that Bullock takes on some kind of on-screen role on the series. But, she likely won't be singing even though the series is a musical. She previously told Harper's Bazaar that the one thing she won't ever do is perform in a musical. She said, "I'm not a singer. People don't want to see me in a musical. I hate them. Hate them. I do know my limits."

Hopefully Bullock has gotten over her complete hatred of musicals because her new series sounds like it'll have plenty of music.