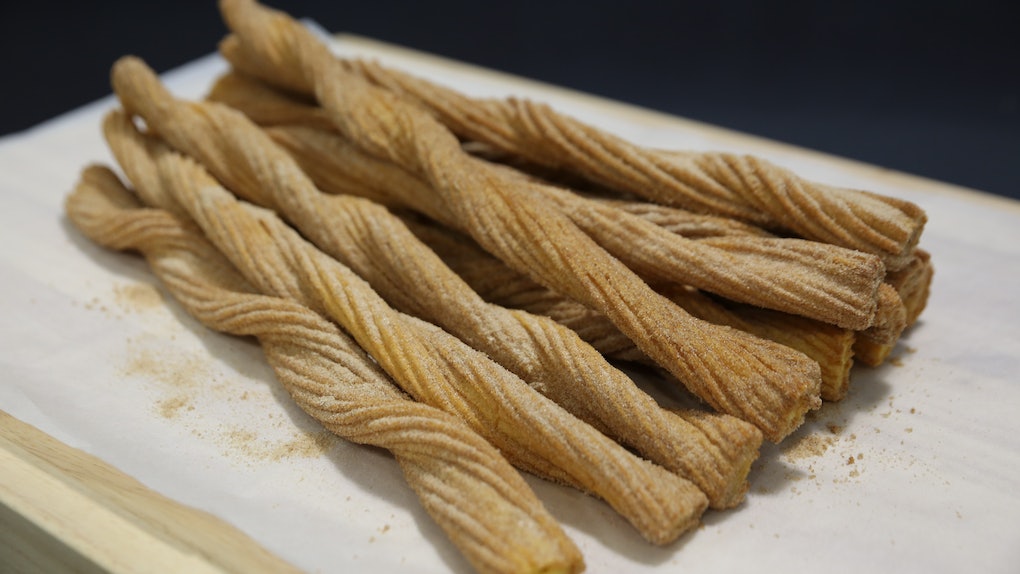 Sam’s Club Is Selling 50-Cent Churros On June 6, So Eat Up

If you're someone who can't get enough churros (same), you might have National Churro Day marked on your calendar. Apparently, the food holiday takes place on June 6, 2019 — and Sam's Club is fully prepared for the special event. In fact, Sam's Club is selling 50-cent churros on June 6, which is nearly 50% off their normal price of 99 cents. With that being said, round up your spare change, save room for dessert, and head to your nearby Sam's Club location.

I know what you're probably thinking: "If I'm not a member of Sam's Club, can I still score a discounted churro?" The answer is yes. According to Sam's Club, you don't have to be a member of the retail store to visit the café or score a 50-cent churro. Instead, you can stroll in on June 6 and partake in the National Churro Day fun without any commitments (unless you want to sign up, of course). To find a Sam's Club location near you, head to the company's online "Club Finder" and enter your location information. Then, nearby spots will populate on your screen. (FYI, every Sam's Club location has its own café, which is super convenient.)

Once you find your local Sam's Club, get your change ready and head over for a 50-cent churro.

In case you're wondering why Sam's Club churros are so special, I'll give you the DL (because they're super good). First of all, the discounted churros are 18 inches long (that's, like, really long for a pastry). On top of that, each churro is double-twisted for double the deliciousness. Based off those characteristics alone, its obvious that these churros are unlike the others.

That's not it, though. According to Sam's Club, these foot-and-a-half-long churros are dipped in cinnamon sugar, which gives 'em the classic "churro" taste that you know and love. Sign me up.

Thanks to the retailer's National Churro Day deal, you can grab one of these sweet 18-inch pastries for only 50 cents. Plus, as I previously mentioned, you don't even need to be a Sam's Club member to partake in the deal (or visit a Sam's Club café in general). However, if you love the churros so much that you start craving even more discounts, you can sign up for Sam's Club here. If not, that's totally OK.

If you end up missing out on the company's National Churro Day day deal, don't fret. The retailer's café sells 18-inch churros on the reg, which means you can pop in whenever you want and give them a try. Sure, if you stop by on a day that isn't June 6, they won't be 50 cents anymore. Still, you'll be able to score them for 99 cents each, which is still a pretty sweet bargain (literally).

However, those of you who plan on visiting on June 6 will be able to score as many discounted churros as you want (there's no limit). With that being said, grab some buddies or save 'em for yourself. The choice is totally yours.