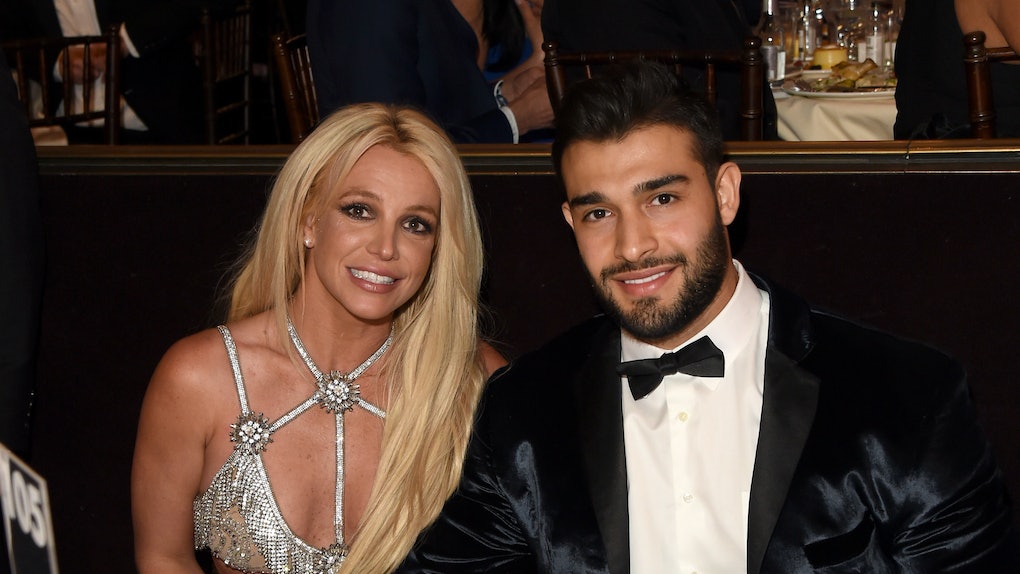 Sam Asghari Would Reportedly “Love” To Have Kids With Britney Spears

Amid all the controversy surrounding Britney Spears' conservatorship, Sam Asghari is proving once again to be a loving, wonderful boyfriend to the pop queen. The latest update? Sam Asghari reportedly wants to have kids with Britney Spears. In a report published March 4, an insider reportedly told Us Weekly, “Sam would love to start a family with Britney. He’s always dreamt of having children and thinks he would be a great father. He’s a natural around little kids.” Currently, Spears has two sons, Preston, 15 and Jayden, 14, from her marriage to Kevin Federline.

According to the insider, Asghari reportedly wants to marry Spears as well. “Sam also sees marriage in his and Britney’s future when the time is right, and they are able to wed without the restraints of her conservatorship and with the blessing of her family," they said, adding he's "very old-fashioned in that way.”

Us Weekly reported that Asghari has been a rock for Spears during her most difficult moments since they started dating in 2016. "Sam has proven to be a solid, dependable man who always has Britney’s best interests at heart. He is one of only a handful of people she can say that about," the insider reportedly told People.

The personal trainer and the pop star met while filming the video for "Slumber Party" ft. Tinashe, which dropped October 2016. They became Instagram-official in January 2017, and have been super tight ever since. However, this couple may run into problems crossing the marriage milestone. Spears' court-approved conservatorship prevents her from making any major personal or financial decisions in her life without the approval of her father, Jamie. And if Spears' boyfriend really does want her father's blessing, there's still some reconciliation that needs to happen based on Asghari's Instagram posts.

Following the Feb. 5 release of The New York Times' Framing Britney Spears documentary, Asghari wrote on his Instagram Stories, "Now it's important for people to understand that I have zero respect for someone trying to control our relationship and constantly throwing obstacles our way."

"In my opinion, Jamie is a total d*ck," he wrote on Feb. 9. "I won't be going into details because I've always respected our privacy but at the same time, I didn't come to this country to not be able to express my opinion and freedom."

Asghari also took the time to share his love and support for Spears. "I have always wanted nothing but the best for my better half, and will continue to support her following her dreams and creating the future she wants and deserves," Asghari told People in February.

"I am thankful for all of the love and support she is receiving from her fans all over the world, and I am looking forward to a normal, amazing future together." Here's hoping this couple's future together brightens up soon.