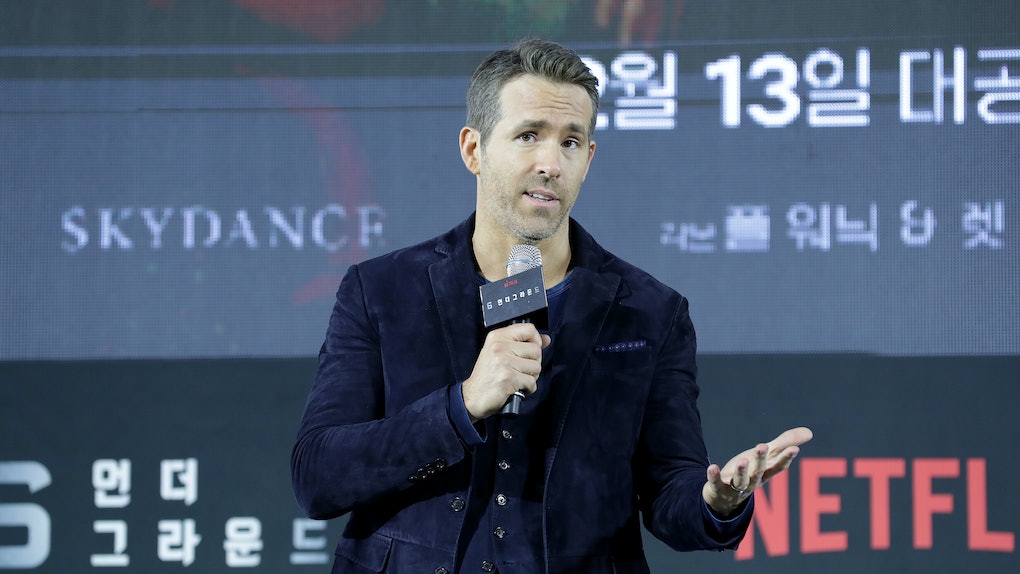 Just weeks after the actress in a recent Peloton commercial went viral, she's back on TV in a completely different role, thanks to Ryan Reynolds. In the sequel that no one saw coming, Monica Ruiz — who originally played a wife who was gifted an exercise bike in the controversial ad — could be seen sipping on a cocktail while toasting to "new beginnings." Ryan Reynolds’ new Aviation Gin ad rescues the Peloton wife by bringing the spirit into the mix — and it's just as hilarious as you'd expect.

If you've been on social media, there's a high chance that you saw the Peloton bike commercial that broke the internet for all the wrong reasons back in mid-November. The unsettling commercial memorably featured Ruiz, who's now been dubbed the Peloton wife, documenting her fitness journey over a year's time after she was gifted an exercise bike from her husband. When it was released, the commercial quickly garnered backlash, with many saying that it was sexist and promoted an unhealthy body image.

On Friday, Dec. 6, Ruiz reprised her infamous role as she returned to TV screens — and from the look of things, she's swapped out her bike for gin as she heads into 2020. Reynolds, who owns Aviation Gin, appropriately captioned the video on Twitter, "Exercise bike not included."

In the new commercial, the Peloton wife could be seen out on the town with her friends and unsurprisingly serving up major Stepford Wives vibes while she enjoyed a few drinks.

"This gin is really smooth," she deadpanned as she took a sip of the Aviation liquor while staring in the distance. Her friends appeared sympathetic and supportive, with one saying, "Yeah, we can get you another," while another added, "You're safe here."

Ruiz toasted "to new beginnings" before drinking her entire glass of gin in one gulp (much to the horror of her friends, who couldn't resist staring at her as she guzzled her drink).

"It's gonna be a fun night," one of her friends said, sliding her another drink. The other added, "You look great by the way."

It's a hilarious homage to her Peloton wife character, who inadvertently launched hundreds of memes due to her pained facial expression while using the Peloton Bike or Tread. Due to the backlash, a Peloton spokesperson said in a statement to CNN:

We constantly hear from our members how their lives have been meaningfully and positively impacted after purchasing or being gifted a Peloton Bike or Tread, often in ways that surprise them. Our holiday spot was created to that fitness and wellness journey.

Reynolds is no stranger to using to humor on social media, and his company's latest ad expertly gives viewers an inside look at what the Peloton wife might be up to when she's not slaving away working out on her exercise bike — and, TBH, it's just as internet-breaking as the original video. Only time will tell whether this is the last we'll be seeing of the Peloton wife, but in the meantime, I'll be sitting back and waiting for all the new memes to roll in.