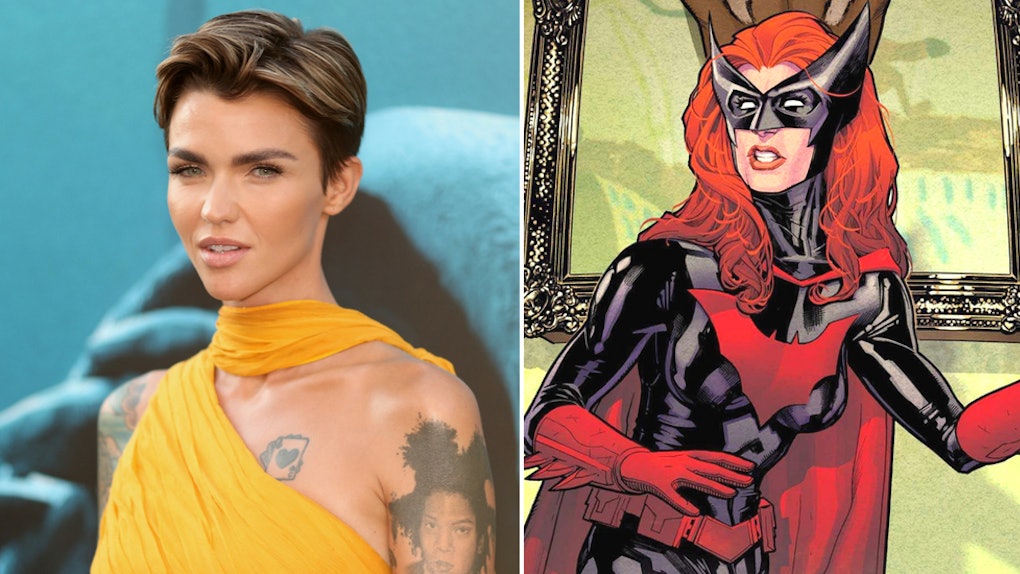 Ruby Rose Will Star As Batwoman On The CW, So Forget All About 'OITNB'

After first making a splash in the third season of Orange Is the New Black, Ruby Rose may have finally found her true star-making role as an iconic superhero. The CW has just announced that Ruby Rose will star as Batwoman on the network, appearing both in the upcoming DC crossover event at the end of the year and in her own standalone Batwoman series that the network is currently developing.

Ruby Rose's casting comes after The CW stated that the network would prioritize casting a gay actress for the role — Rose identifies as a lesbian and as genderfluid. Though the original Batwoman first appeared in the '50s, Rose will be playing Kate Kane, Batwoman's second iteration, who first appeared in the comics in 2006. The modern iteration of Batwoman that Rose will be portraying is regarded as the highest-profile gay superhero to ever appear in DC Comics.

Ruby Rose's live-action Kate Kane will make her first appearance this December during The CW's annual Arrow-verse crossover episodes arc, which bring the heroes from Arrow, The Flash, Supergirl, Legends of Tomorrow, and Black Lightning together. After that, Rose may star in her own Batwoman series, which The CW is already in the process of developing for next year. The network has even released an official logline for the standalone Batwoman series:

Armed with a passion for social justice and a flair for speaking her mind, Kate Kane soars onto the streets of Gotham as Batwoman, an out lesbian and highly trained street fighter primed to snuff out the failing city’s criminal resurgence. But don’t call her a hero yet. In a city desperate for a savior, Kate must overcome her own demons before embracing the call to be Gotham’s symbol of hope.

The Batwoman script is being written by Caroline Dries (The Vampire Diaires), and The CW's superhero boss Greg Berlanti is attached as a producer, meaning that it will join the rest of the Arrow-verse family if picked up. A pick-up for Batwoman would also mark the first live-action Arrow-verse show in which the title character is gay.

The Batwoman series would also finally introduce Gotham City into the Arrow-verse, after the city and its batty inhabitants have already been referenced in many of the shows. And of course, it also opens the door for the possibility of Batman himself making an appearance, similarly to how Supergirl introduced Tyler Hoechlin as The CW's live-action Superman.

Another connection to the Bat-verse, Robin, is also about to get his own live-action series on DC Entertainment's upcoming streaming service, DC Universe. Robin will lead a live-action version of the Teen Titans in the gritty, R-rated adaptation Titans, which is slated to be the first original series available when DC Universe is released this fall. Since Titans is in fact a Greg Berlanti series, though not on The CW, it is unclear right now how or if it will be involved in any of the Arrow-verse's crossovers, including Batwoman.

Ruby Rose will debut as Batwoman in the Arrow-verse crossover this December. Batwoman is reportedly being developed for sometime in 2019.