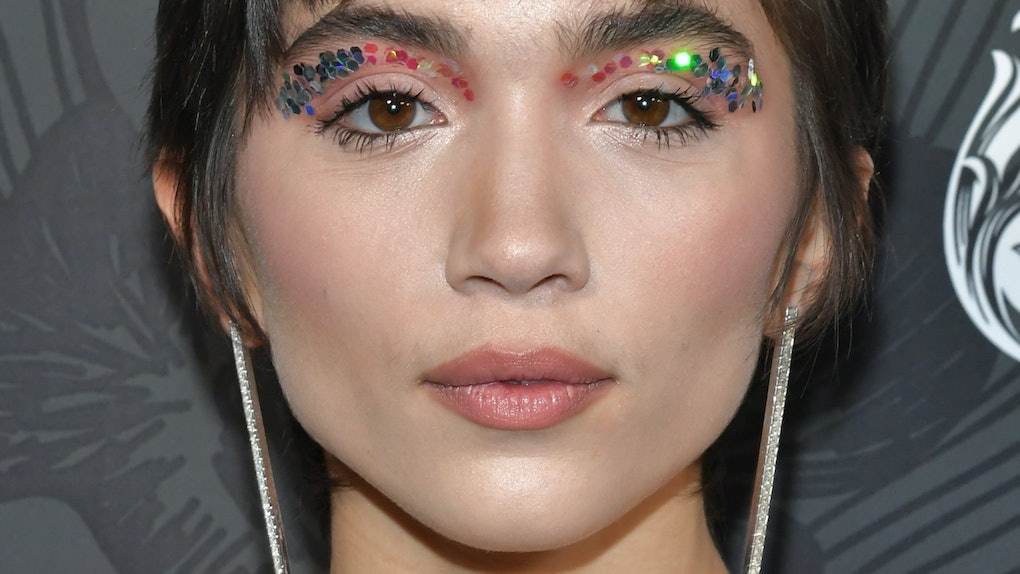 Rowan Blanchard first made her pop culture mark as Cory Matthews' daughter on the Disney Channel spinoff series Girl Meets World, following in a long legacy that began with the 1990s sitcom Boy Meets World. Once again, Blanchard will be a part of a project that expands the universe of a popular story. But, this time around, as she gears up for a role in the upcoming Snowpiercer series, things will be very different. Rowan Blanchard's character in Snowpiercer is a whole new type of character.

Snowpiercer is a newly announced TNT series, based on the 2013 movie of the same name. The Snowpiercer series will pick up right where the movie left off, telling the story of a continuously moving trains that transports people around the world after an apocalypse. It's a lot darker fare than the work Blanchard did on Girl Meets World, where she was playing a happy-go-lucky tween. Instead, on Snowpiercer, Blanchard will be playing a 17-year-old named Alexandra who, according to Deadline, is "wise beyond her years, with mysterious connections to the history of Snowpiercer." It's unclear what that mystery surrounding Alexandra will be, but hopefully audiences will have a long time to find out. Blanchard has been added as a guest star for Season 1 of Snowpiercer, but there's the option for her character to become a series regular if the show gets a second season. Here's hoping fans get multiple seasons to unravel Alexandra's mystery.

Snowpiercer the series is based on Snowpierecer the movie, which is actually based on the 1982 French graphic novel Le Transperceneige. If you're interested to figure out how the movie's story might be expanded into multiple seasons of a TV series, the graphic novel provides plenty of insight. There are three whole volumes of story in the graphic novel, so there's plenty of room to see Blanchard's character and all the rest grow over time.

While the Snowpiercer movie starred Chris Evans, Song Kang-ho, Ed Harris, and Tilda Swinton, the series will be led by Jennifer Connelly and Daveed Diggs. Fans might recognize Diggs from his Tony award-winning performance in Hamilton, but unfortunately it's unlikely that there will be much rapping in Snowpiercer. But, of course, fans can dream about the possible Hamilton/Snowpiercer crossover that could come out of this project.

Snowpiercer is not Blanchard's first TV series since Girl Meets World. From 2017 to 2018, she appeared as Jackie Geary on ABC's The Goldbergs. And, later this year, Blanchard will appear in the feature film A World Away, which is directed by her father Mark Blanchard.

Blanchard has solidified a place as a social activist and role model for young girls, using her platform on social media to advocate for intersectional feminism. She has previously spoken about how important she feels it is to incorporate her strong beliefs into the movie and TV work that she does. In 2018, Blanchard told W Magazine, "It is important for me to make things that have some sort of outer effect."

Hopefully Blanchard's role in Snowpiercer will have exactly the kind of positive outer effect she's hoping for. At the very least, her character will present a mystery that fans are sure to want to unravel.