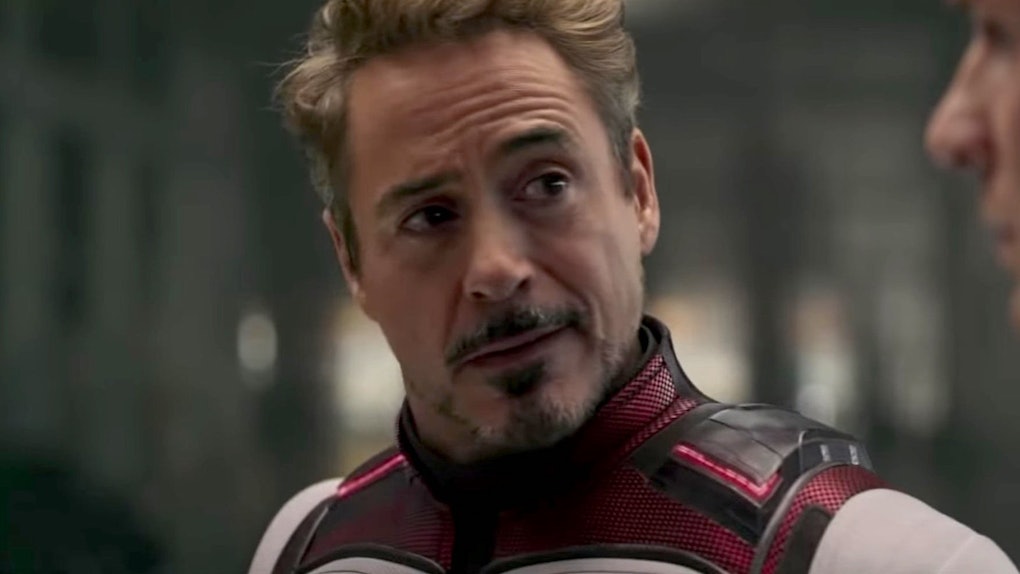 Robert Downey Jr. Will Voice Tony Stark In 'What If...?', According To Jeff Goldblum

Iron Man will live on in the Marvel Cinematic Universe, but not in the way fans may have been expecting. The Marvel fandom was left shaken earlier in 2019 when Avengers: Endgame ended with the death of founding Avenger Tony Stark. The climactic scene seemed to bring Robert Downey Jr.'s involvement with Marvel to a close, but some new information reveals the actor may return to his most famous role pretty soon. Reportedly, Robert Downey Jr. will voice Tony Stark in What If...?, an upcoming Marvel series exploring how the Marvel universe would change if various major events had happened differently. Elite Daily reach out to Disney+ for comment on Downey Jr.'s involvement with What If...?, but has not heard back by the time of publication.

When Marvel first announced the colossal cast list for What If...? back in July, a few names were noticeably absent: Robert Downey Jr., Scarlett Johansson, and Chris Evans. Although pretty much every single other star of the Marvel movies was listed as being involved in What If...?, fans were not too surprised to see those three actors left out. After all, Iron Man and Black Widow died in Avengers: Endgame, and thanks to some time traveling, Captain America ended up as an elderly man who had given up his shield.

While there's still no word on whether Evans or Johansson will reprise their Marvel roles, Jeff Goldblum let it slip in a recent interview that Downey Jr. is set to voice Tony Stark once again in the upcoming Disney+ show. During a video interview with BuzzFeed (that included a bunch of adorable puppies as well), Goldblum revealed he had just recorded an episode of What If...? that centers on his Thor: Ragnarok character Grandmaster, and Iron Man. "So Robert Downey will do a voice in that," Goldblum added nonchalantly.

Though fans saw Iron Man die in Avengers: Endgame, it would not be all that shocking to see him alive and well in What If...?, given the show's premise. The animated series will be based entirely on hypotheticals, and Marvel has made a point to describe the series as non-canonical in regards to its cinematic universe.

With that in mind, it makes total sense that the series would explore what could have changed to possibly save Iron Man's life. Or, the episode featuring Tony Stark may even be set before the events of Avengers: Endgame. Heck, Tony and the Grandmaster could find themselves transported to some other universe for all fans know; the possibilities are truly endless when it comes to this new series.

This revelation about Downey Jr. voicing Tony Stark also opens the door for Evans and Johansson to potentially return to their roles of Steve Rogers and Natasha Romanoff. Marvel has yet to release an official statement confirming any of these three actors' involvement, though, so fans will just have to wait to see if What If...? really does bring all of the heroes back to life.