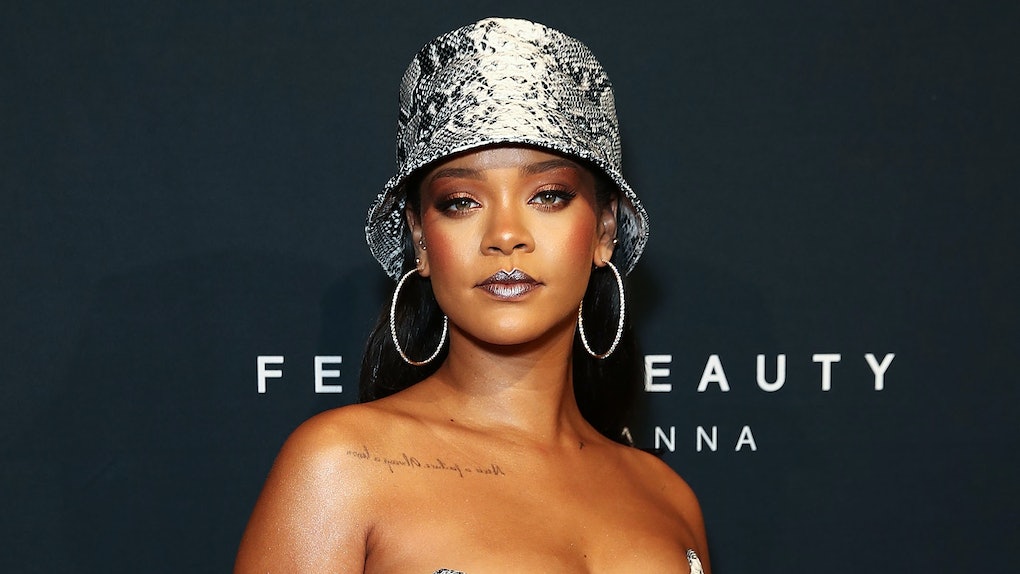 Rihanna Is The Richest Female Musician Of 2019, But For A Reason Other Than Music

You know Rihanna as a singer, actress, and all-around icon. But now, she’s adding a new title to her resume and it’s an important one. Rihanna is the richest female musician of 2019, according to Forbes. In a June 4 report, Forbes said that Rihanna had out-earned some of the biggest names in music. She’s richer than Madonna, Céline Dion, and even Beyoncé.

So, let’s talk about how Rihanna earned such a prestigious title. Well, in addition to her music career, which is now in its 14th year, she’s also a cosmetics mogul and will soon be the first black woman to head a major luxury fashion house. So, she’s had quite a lot going on all these years. And all of that hard work has certainly paid off.

According to Forbes, most of Rihanna’s fortune comes from her partnership with LVMH, a French luxury goods company headed by Bernard Arnault. Rihanna and LVMH apparently co-own Fenty Beauty, which is the cosmetics line the 31-year-old singer launched in 2017.

In a May 2019 interview with The New York Times Style Magazine, Rihanna opened up about that partnership and how her role in fashion has evolved over the years.

“I’ve been slowly evolving throughout the fashion world. First wearing it, buying it, being recognized for my style and then collaborating with brands,” Rihanna explained. “I never just wanted to put my name on something and sell my license. I’m very hands-on, so I wanted to take it slowly and gain respect as a designer. I already had a relationship with them after the Versailles campaign and the makeup line, so they extended the offer to me and it was a no-brainer because LVMH is a machine. Bernard Arnault was so enthusiastic; he trusted me and my vision.”

At the time, Rihanna also opened up about how she had never envisioned these things for herself before they actually happened.

“I didn’t have these dreams when I was little. I had a dream of making music; that’s it. I didn’t even think about the fame part, and then that happened, and it’s like, ‘Do I really like this? How much do I really love music that I’m dealing with this?’ Then the one-hit-wonder comment came straight out of the gate and that put a fire under my ass, and I just never stopped working,” she said.

Her work ethic is pretty incredible, and that in and of itself is the reason she’s the richest female musician this year. She even talked about her work ethic and what inspires her to keep moving during that New York Times interview.

“Every time it was about challenging myself: I have to do better, I have to do better. And what’s next, what’s next?” Rihanna said. “I won a Grammy and that was seconds into my past as soon as it got into my hands. I have to think about the next thing, which is terrible because people should live in the moment. I just started branching out into different creative outlets. That’s what makes me happy.”

Well, whatever she’s doing is definitely working for her. Congrats, Rihanna!