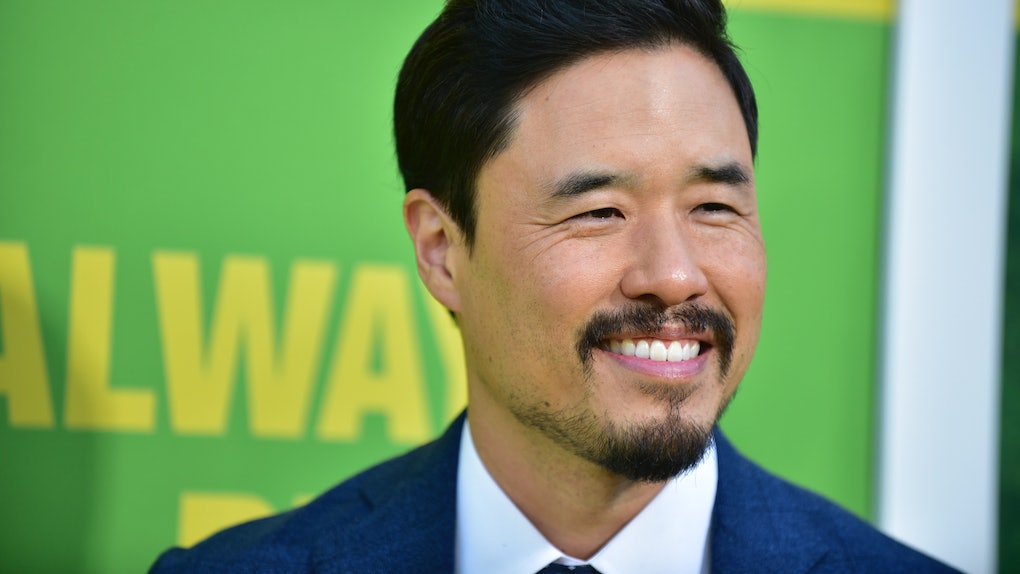 WandaVision's Jimmy Woo was once Jim Halpert (kind of). Yep, Randall Park appeared on an episode of The Office back in the day, and his character trolled Dwight Schrute. The actor, who also starred in the Netflix film Always Be My Maybe, apparently forgot he was ever on the show. These Randall Park's quotes about playing "Asian Jim" on The Office from a recent interview on Conan will make you LOL.

The episode in question is the third episode of The Office Season 9 titled "Andy's Ancestry," in which Park played Jim and Pam's actor friend Steve who pretends to be Jim to mess with Dwight. Well, Park talked about the appearance on Conan O'Brien's Conan on Tuesday, March 2. After discussing why Park deleted his social media apps amid the pandemic, O'Brien brought up how popular the actor has been on TikTok. Park talked about the popularity spike, saying, "Yeah, just a few weeks ago I hear from friends that I'm blowing up on TikTok and that people are honoring all the work I've done over the years... Now I'm like, social media is amazing!"

For some background on why Park originally deleted social media, he told O'Brien his reason stemmed from a book by a computer scientist named Jaron Lanier. Obviously, he's ~changed~ his mind.

In case you haven't seen the vids, the Jimmy Woo TikTok trend features mashups of Park's work, and one role that's stood out more than others is his appearance on The Office. Park told O'Brien he'd forgotten all about the role after filming. "I got the chance to play a character named 'Asian Jim' in one scene during the final season," he began. "I was in and out in an hour and I thought 'That was really fun,' and then I completely forgot about it."

Park continued, explaining that several years later he was reminded about the role in a hilarious way. "I'm walking down the street and this car drives by and a guy yells 'Asian Jim!' and drives off, and I'm thinking, is this some, like, racist thing that I don't know about?" he said. He continued, "I thought it was a hate crime because I had forgotten about my appearance on The Office."

It wasn't a single incident, either. It happened to him more than once. "You know, people would be walking up to me like, 'What's up, Asian Jim?' and I'd be like, 'F*ck you!' What are you?"

While Park probably won't have that reaction anymore, the story is way too good. To catch his appearance in The Office for yourself, watch the clip on YouTube.

You can also watch the Conan clip below:

It seems like Park has totally won over TikTok with his role in The Office and it's probably safe to say he won't forget about the role again.