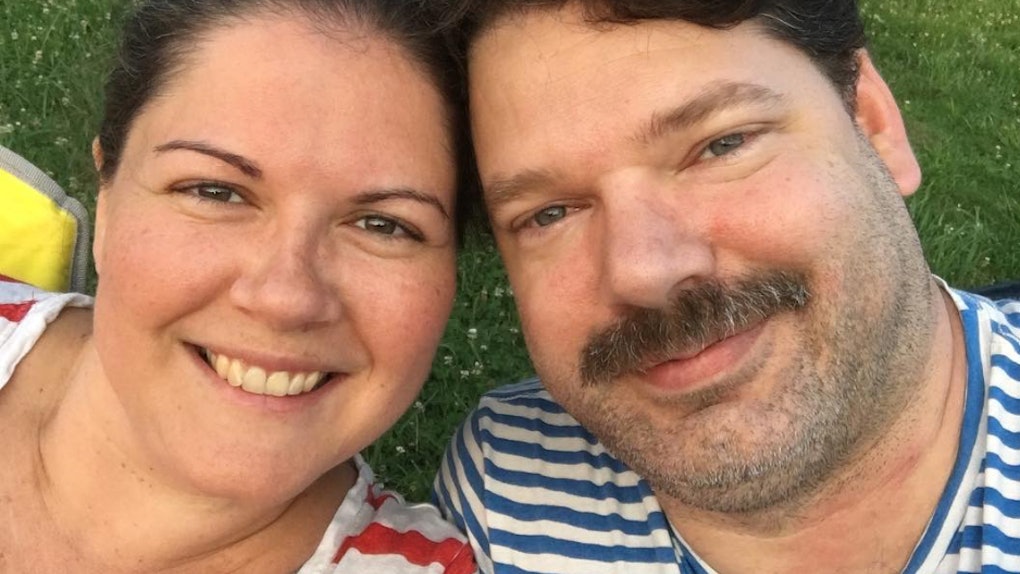 'Queer Eye's William & Shannan Got Married On Amelia Island, Which Is So Beautiful

For those of you who haven't had the absolute PLEASURE of watching Queer Eye yet, I highly recommend you stop what you're doing right now and get watching. Like, seriously. Take the day off. Trust me, it's WORTH IT. You see, Queer Eye is much more than just a makeover show. No, it's a show that totally revamps people inside and out and, often times, gives them the courage to go after their hopes and dreams. Multiple Queer Eye stars have gone onto marry the loves of their lives. Most recently, Queer Eye's William and Shannan got married and, needless to say, I can't stop happy crying.

If you haven't had a chance to watch this particular episode from season two yet, let me give you a little refresher. Basically, the way the show works is that the Fab Five make over a person's wardrobe, beauty routine, diet, home décor and self-image within a week to get them ready for a particular event they have coming up. Sometimes it's a homecoming. Sometimes it's a wedding vow renewal. In William's case, the Fab Five was preparing him to propose to his girlfriend of three years, Shannan.

In what was pretty much the mot romantic display of affection I've ever seen in my entire life, William told the Fab Five that he wanted to "give her her own rom-com" since she loves movies. Trust me, he majorly delivered. With their help, he got all dressed up in a white suit, presented an adorable homemade short film about his love for her, and popped the question to Shannan in front of everyone.

As you can imagine, she said YES. I mean, can you imagine if she said no after all of that? It would have been pretty dang awkward. The two got engaged.

And now the two have finally tied the knot! Queer Eye's official Instagram page shared images of the weddding along with the caption, "Congratulations William and Shannan! Thank you for letting us be a part of your love story. We hope that the next phase of your life is filled with love, movies, and a lot of avocado goddess! We Shannan you both 💖✨💕"

William also took to Instagram to share the big news with his followers. "On June 16, I got married to my best friend, Shannan," he wrote. "It was a small, private ceremony on the beaches of Amelia Island at sunrise. Our friend, Deborah Ramey officiated."

A private ceremony on a beach? You kiddin me?! If that's not a rom-com-level happy ending, I don't know what is.

Real Queer Eye fans know that this isn't the first time the show's guests have gone onto tie the knot.

First, we had my personal favorite person on the face of the Earth, Tom, finally get married to the love of his life, Abbey. On Tom's episode (the pilot), he made it clear to the guys that Abbey, his most recent ex-wife, was still the love of his life. He eventually worked up the courage to invite her to his car show and, from there, the rest was history. Adorable.

And that's not all! A.J. and Andrey also went on to get married after the show. Don't remember them? Oh, they were just the adorable couple whose episode made me bawl my eyes out when A.J. read his step-mom the coming out letter he wrote to his late father.

Don't worry, she was totally accepting and more than happy to meet his boyfriend — now husband — Andrey.

Cheers to all of the happy couples and here's to hoping there are more Queer Eye love stories to come!