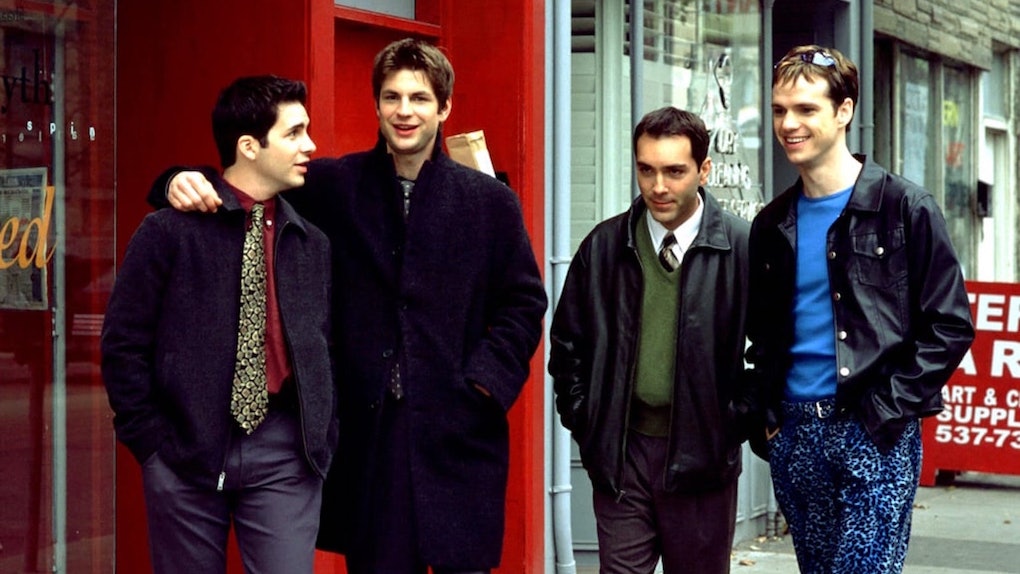 Bravo is bringing back one of the most seminal LGBTQ television series for a whole new generation. Queer as Folk began as a short-lived British drama that ran for ten episodes from 1999 to 2000, and that series spawned an American version of the show that ran for five seasons from 2000 to 2005. Now, Variety has revealed that Queer as Folk is getting a reboot on Bravo nearly 20 years after the series first premiered.

The announcement makes clear that Bravo's version of the show will be a reboot and not a revival, meaning that it will star a new group of queer characters. The reboot is being described as a modern take on the original British series, looking into the lives of new characters in a new setting. Although this is going to be a new reinvention of Queer as Folk, fans of the original should not be worried. Russell T. Davies, who created the British Queer as Folk series, is on board to executive produce the new Bravo reboot.

With Russell T. Davies involvement, it also appears clear that the reboot will be more in line with the 1999 British series than the American series that followed it. There is not too huge of a difference between the basic elements of the two shows, though. The U.K. series starred Aidan Gillen, Craig Kelly, and Charlie Hunnam as three gay men living in Manchester. The American version translated their three characters pretty exactly into the characters played by Gale Harold, Hal Sparks, and Randy Harrison, changing the setting to Pittsburgh, Pennsylvania. Gillen's character of the egotistical and impulse-drive sex maniac Stuart is the clear inspiration for Harold's character Brian; Kelly's nervous and shy Vince is the analogue for Sparks' Michael; and Hunnam's young but confident Nathan is exactly like Harrison's Justin.

The only real difference between the two series is that the American version added a couple more main characters: the U.K. show does not really have analogues for the flamboyant Emmett or the sardonic Ted, who are central to the U.S. version. So the fact that this reboot is making it clear that it will look more like the U.K. version of the show probably means that it will center on a group of three men rather than a larger group.

The fact that it is a reboot also suggests that fans will likely not be seeing any actors from either of the original shows back. Last year, Charlie Hunnam said that he would be game for a Queer as Folk reunion, but it looks like Bravo looking to reinvent the series for a new generation rather than follow up with the characters from the original. Of course, the stars of the British series do not exactly need a comeback. Hunnam is now one of Hollywood's biggest movie stars, and Aiden Gillen is also popping up in blockbusters after gaining international fame for starring as Littlefinger in Game of Thrones.

Bravo's Queer as Folk reboot is still in development, but the American version of the show is available to stream on Netflix while you wait.