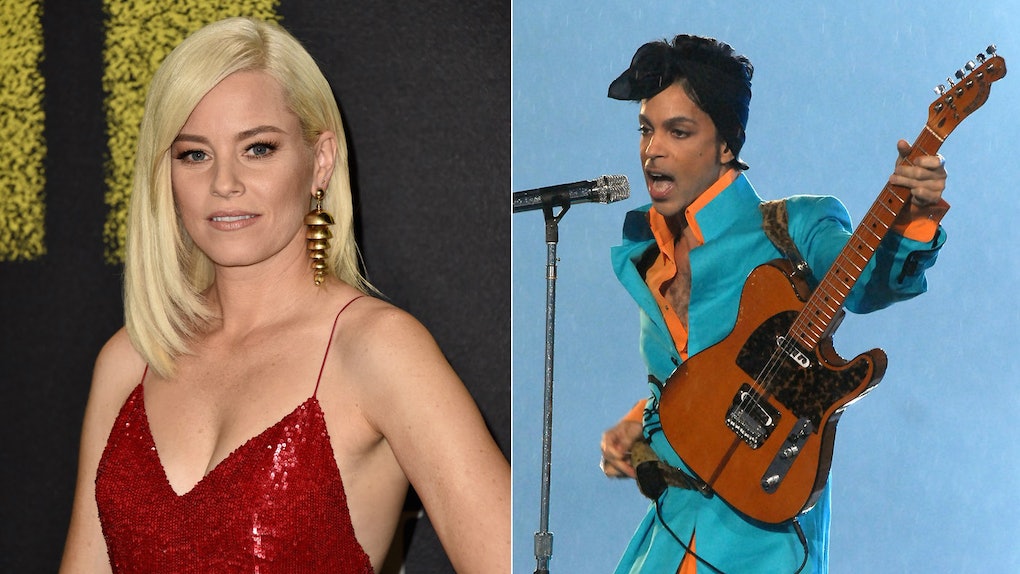 Elizabeth Banks is getting ready to party like it's 1986 because the actress/director/producer is about to headline a film about a sure-to-be fascinating true story surrounding the late artist also known as The Purple One. Queen For a Day will star Elizabeth Banks as a maid who won a dream date with Prince through a contest meant to rev up press for his mid-'80s musical flick, Under the Cherry Moon.

Warner Bros. was behind MTV's "Win a Date With a Prince" stunt, which granted their 10,000th contest caller a hometown date with the superstar icon. Banks will play the winner of the whole shebang, Lisa Barber, a hotel maid from Sheridan, Wyoming. The film will take audiences behind the scenes of the small-town chaos that ensued and follow how it changed the life of Lisa, as well as the PR exec who concocted the buzzed-about event. The movie is based on a Daily Beast article, When Prince Made a Chambermaid His Queen for a Day, which was published in 2017.

"Prince himself will not be played by an actor, though his presence will hover through the film," Deadline reports. Prince passed away in April of 2016. His tragic death was ruled an accidental overdose.

No other casting details for Queen for a Day have been revealed and a director has yet to be named. Banks is also signed on to produce and it's always possible that she's in the running to get behind the camera. She helmed 2015's Pitch Perfect 2 and is set to take on a huge project — the anticipated Charlie's Angels big screen reboot featuring Kristen Stewart, Naomi Scott, and Ella Bolinska. Sidenote — she's also playing Bosley in that project. Score.

“He changed my life. He helped me to open up a little and feel more at ease about myself. He was kind to me and so natural and down-to-earth. Prince didn’t let fame go to his head. And now he’s gone. I can’t believe it," Lisa Barber — the subject of Queen for a Day who Banks is slated to portray — told People when the mag caught up with her following Prince's death.

“It was such a huge deal – cameras were flashing everywhere. That night was the biggest thing to ever happen in Sheridan," she added about her brush with fame.

Um, I'm already fascinated by this story and cannot wait to see it unfold on screen.

In addition to Queen for a Day, the multi-talented Elizbaeth Banks has a lot on her professional plate at the moment. She currently stars in the puppet crime comedy (yes, you read that right) The Happytime Murders, which hits theaters Aug. 24. She's also lending her voice to the upcoming The Lego Movie 2: The Second Part and she teamed up with Lorne Michaels to bring Lindy West's bestselling memoir Shrill to Hulu. The series stars the hilarious Aidy Bryant and production kicked off this month.

Elizabeth has stolen scenes in everything from The 40-Year-Old Virgin to Wet Hot American Summer to 30 Rock. Queen For a Day sounds like the right project to show off her versatility and unique brand of quirky charm. Like Prince and Revolution says: Let's go crazy!