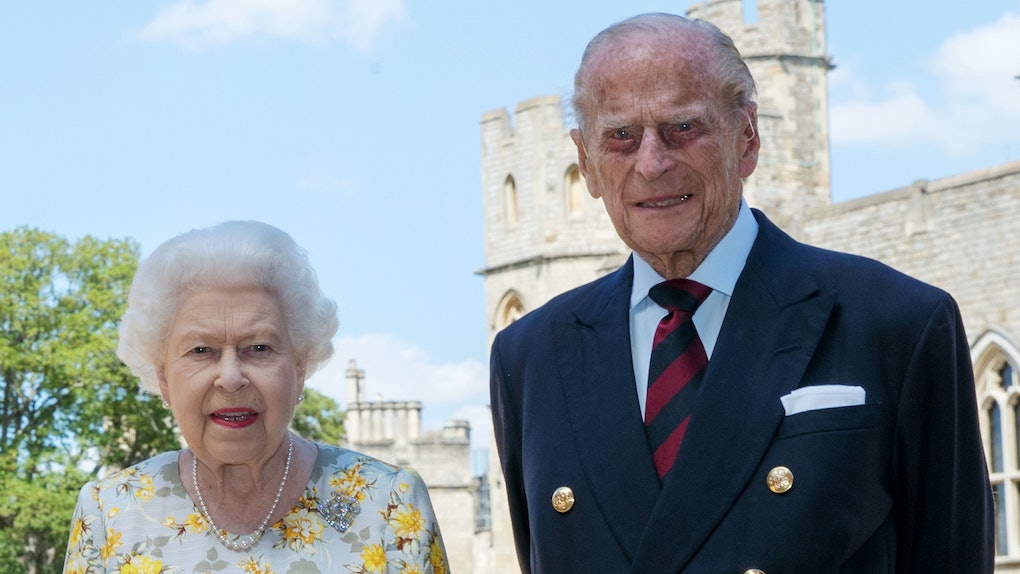 After having spent 70 years married to one another, Queen Elizabeth and Prince Philip's body language on his 99th birthday just goes to show the couple's still got it going on. On June 9, a day before his birthday on June 10, The Royal Family Instagram account posted a regal-looking photo of Elizabeth and Philip taken the prior week alongside this caption:

This new photograph of The Duke of Edinburgh and The Queen was taken last week in the quadrangle at Windsor Castle to mark His Royal Highness’s 99th birthday tomorrow.

Traci Brown, body language expert and author of Persuasion Point: Body Language and Speech for Influence, examined the picture to look for clues into Elizabeth and Philip's bond on this momentous occasion.

"We see Philip here in a typical royal pose with his hands clasped behind his back," Brown explains. "That exposes his entire front and is a sign of confidence."

Conversely, Elizabeth's pose doesn't seem to be exuding the same sort of verve, according to this expert. "Elizabeth has her hands clasped in front of her, in what's called the fig leaf position," Brown says. "So she's not quite showing the same confidence, hiding just a bit."

Do they seem a little cold and distant to you? Don't worry. That's just standard protocol.

"The Brits, especially the royals, aren't known for public displays of affection or emotion and we certainly don't see any here," says Brown. "There's a big gap between them with only a hint of smiles."

Luckily, that's all just par for the course. "This is what we'd expect," Brown reassures. "So my estimation is that everything's fine. Business and normal, just another day."

Here's to hoping I'm able to achieve this "just another day" level of chill on my 99th birthday.