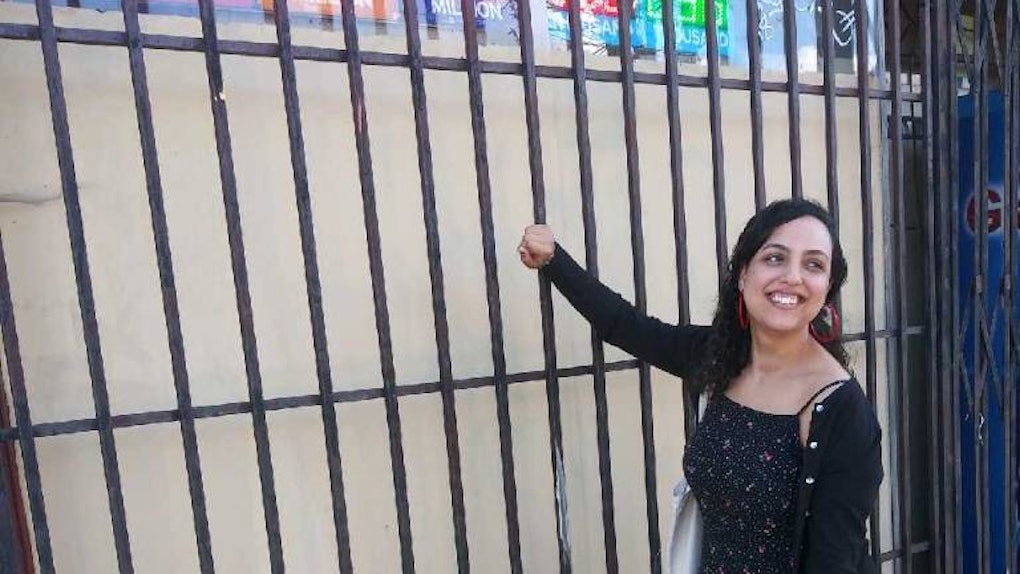 I pushed him off of me. I know I did. Didn't I? For months after I was sexually assaulted, this question plagued me. As I meticulously recounted the events of that night in excruciating detail on a daily basis, I doubted my actions and feelings of violation. I constantly replayed the events of that night in my mind on the bus to work or while waiting in line to buy lunch. I didn't realize it at the time, but I was struggling with Posttraumatic stress disorder, or PTSD after sexual assault.

When I struggled to find peace after the incident, I tried to make sense of what had happened. I justified my assault. I told myself my attacker was blameless, and that it was his limited understanding of consent that should be held responsible. I rationalized that he couldn't understand his inability to acknowledge the word “no” was inappropriate. Instead, I blamed myself again and again. I felt a deep shame for leading him on, despite knowing it's OK to change my mind at any point during intimate contact.

After all, I was the one who invited him into my bedroom. I said he could stay the night if he was too tired to drive back to his hotel. But whenever I think about trying to force him off of me multiple times before just giving up, I feel so angry because I told him to stop. There is no way to rationalize our physical encounter. I told him to stop touching me. Instead of playing mental gymnastics to somehow absolve his behavior, I had to come to terms with the fact that this person was aware that they were using me for their personal pleasure without considering my feelings or needs.

Like most devastating and life-altering experiences, the first phase was denial. We had met two days prior at my friend’s rehearsal dinner for her wedding. He had assaulted me the night of her wedding, and the morning after, the entire wedding party went to get breakfast together. I was stuffed into a small booth with him to reminisce about the festivities that had just happened the previous evening. Throughout breakfast, I wore the biggest smile. I told myself I wanted the assault to happen. In fact, I had asked for it to happen. If I had really wanted him to stop, he would have.

As someone who grew up in an abusive household, I employed a familiar, yet unhealthy coping mechanism: I silenced my anger and violation with self-blame and shame. Instead of claiming the fact that my body had been misused by an outside perpetrator, I berated myself for all of my inadequacies that could justify this treatment. I was plagued by belittling thoughts I knew to be untrue. For example, maybe if I had worn a hijab, no man would have dared to disrespect my body in the same way. Or perhaps if I was a “good” Muslim and had waited until marriage to have sex, this situation would have never occurred. I was convinced that once I left the wedding behind, all of my current feelings would dissolve.

Later that afternoon, I drove home in a panicked frenzy. I had the sinking feeling I'd lost a piece of myself I could never regain. I’m someone who immediately unpacks all of her luggage after returning home from a trip. This time, it took me a record-breaking two months to even unzip the outermost pocket of my carry-on. I just couldn’t stand to see any reminders of what I knew was enclosed.

Each time I thought about unpacking the garments I'd worn that night or touching the underwear packed in that bag, I felt like I was going to hurl, scream, and cry. So I shoved the suitcase under my bed, where it remained until I moved out of my apartment a few months later. As the movers took my bed apart and unveiled the singular bag underneath it, I asked them to chuck it in the dumpster while I distracted myself in another room. I can’t explain it fully, but the knowledge I no longer had to confront unpacking the physical bag made it easier for me to begin confronting my own feelings about that night.

I started healing the day I accepted that my loss of power in the situation did not speak to the strength or quality of my character.

The second phase was anger. In my new home, I adopted a mantra of “me first." I took up as much time and space as I wanted, regardless of anyone else's feelings. But putting my needs before others didn’t empower me. Instead, it released an electric anger that uncontrollably seized every part of my body whenever the smallest thing pissed me off. That deep pain that came from understanding just how much I had been taken advantage of overwhelmed me. I responded by no longer restricting my diet or eating habits, because, why be thin for any man if all they’ll do is mistreat me? I stopped my entire head-to-toe beauty routine because I didn’t want people to look at me as an object to be desired. I started smoking weed regularly to avoid my own thoughts. Every little issue at work became someone else’s fault or problem. I could not be bothered to care about anything or anyone else.

About six months after the assault, my self-destructive bender came to a screeching halt. I physically bumped into a young woman, a stranger, while we were both walking to our neighboring offices. Instead of politely excusing myself, I burst into tears on the spot. Kindly, she listened to me as I told the story of my sexual assault for the very first time. She was the first person to tell me it wasn't my fault. Until that moment, I didn’t know how badly I needed to hear those four words. After months of isolation where I'd unfairly shouldered an insurmountable amount of self-blame, I exhaled.

I now recognize my delayed emotional reaction directly correlated to my recent diagnosis of PTSD, something I'd been struggling with for many years as a result of an earlier trauma, but due to my lack of access to healthcare, had gone unrecognized. According to the American Psychiatric Association (APA), PTSD is a psychiatric disorder that can occur in people who have experienced or witnessed a traumatic event such as a natural disaster, a serious accident, a terrorist act, war and combat, rape, or a violent personal assault. The APA states that one symptom of PTSD is reliving the event that caused your trauma over and over, even long after it’s occurred.

After diligently attending therapy for over a year, I can confidently say I now know how to better divert my thoughts, in order to avoid this experience.

When I finally gave myself the space to feel sad, I revisited the room where the the assault occurred in my mind as a way to reclaim my power in the situation. At first, I could feel the weight of his body over mine. I would become fearful and immobile as regret washed over me. But today, when I re-imagine the events, I am capable of properly blaming my assailant for every action.

I started healing the day I accepted that my loss of power in the situation did not speak to the strength or quality of my character. I was only able to let go of some of that guilt and shame when I began voicing to myself every single day that this was not my fault. It was not my fault someone else did something bad to me. I started to truly reevaluate my understanding of consent and the power I have to give or withhold it. If I say no, I mean no. If I decide halfway through being intimate with someone — even if I initiated the contact — that I no longer want to engage, it's alright to stop.

I haven’t engaged in any type of sexual contact since that night. I don’t plan to until the relationship between my physical and mental health has been reconciled. Through monthly massage therapy appointments, moderate exercise, and regular masturbation, I've learned the speed at which my mind and body can heal from assault. In the aftermath, I've created new boundaries for my body that account for my real needs. This includes refusing to concede my power in any way to satisfy someone else's desires. Additionally, I have a new criteria my potential partner must 100 percent meet before I invite them into my home and, more importantly, my body.

I’m building a new relationship with my body, one devoid of shame and self-loathing, through a combination of self-care and self-love. While nothing can ever erase what happened, I can continue to love myself to the best of my ability. I know I am worthy of being heard, respected, and loved.