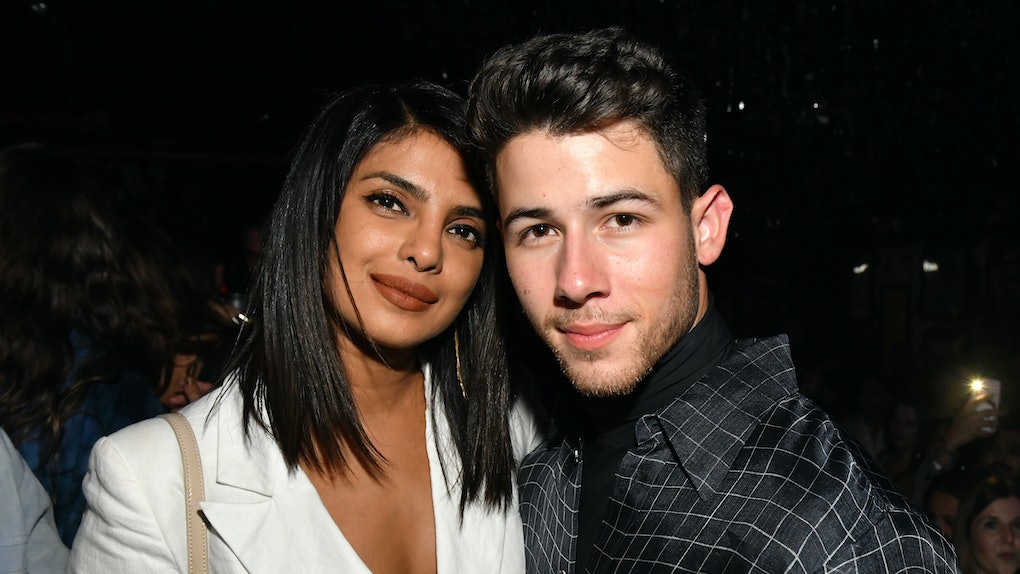 Nick Jonas turned 27 on Sept. 16 and no one is wishing him a happier birthday than his main squeeze. Like, you need to see Priyanka Chopra's video for Nick Jonas' 27th birthday. It's just about the cutest thing ever.

On Sept. 16 Chopra took to Instagram to let the world know her hubby has hit a huge milestone, the big 2-7. Under a video montage, Chopra wrote, "The light of my life. Everyday with you is better than the last. You deserve all the happiness in the world. Thank you for being the most generous loving man I have ever met. Thank you for being mine. Happy birthday Jaan. I love you @nickjonas." Aww... Be still my beating heart.

Rather than post a single photo of the man she loves, Chopra posted an adorable video of some of her and Jonas' sweetest moments from the past year. The one-minute clip starts with Jonas howling into the camera before showcasing the couple holding hands and laughing with each other on the set of Jonas' "Sucker" music video. Then come the beautiful wedding photos before leading into an interview clip of Chopra sitting next to Jonas, saying, "It's a good thing to be married to a good husband."

Her hubby then slides her chair closer to his while giving her a googly-eyed smile and my goodness I can't even handle the cuteness. That clip is followed by the couple making the most adorable faces at one another while taking photos at red carpet events. You can just tell they really enjoy each other's company.

Of course, the rest of the Jonas family wished their now-27-year-old brother an amazing birthday on the 'Gram. Joe Jonas posted a series of photos, ranging from sweet to, well, weird in honor of his baby bro's big day. "Happy Birthday to my dude! Love ya man. Stay awesome. Keeping growing. keep making people smile. Here’s a few of my favorite photos," he wrote.

The eldest JoBro, Kevin, also shared a cute snap of the brothers performing with a sweet birthday message. "Happy birthday @nickjonas hope today is filled with so much love and awesomeness!!!" I'm sure it is.

I can only imagine what a sweet evening Chopra must have planned for Jonas since the two lovebirds are essentially still in the honeymoon phase after tying the knot on Dec. 1, 2018.

While promoting her new Hindi-language film The Sky Is Pink at the 2019 Toronto International Film Festival, Chopra revealed Jonas had done a lot of the "heavy lifting" in regards to their nuptials.

"Nick had come down to India because he was handling logistical things with the wedding planners while I was finishing the movie and he came to set," she said to Entertainment Tonight. "He used to come to set for just a little bit, and go back, so having him around, my brain was like, 'Alright, this is all good. I don't have to stress out. He's handling, he's doing the heavy lifting.'"

Aww... now that's what I call a husband. The fact that he was down to figure out wedding details screams "keeper." On that note, here's to wishing her man the best birthday ever. Happy birthday Nick Jonas!