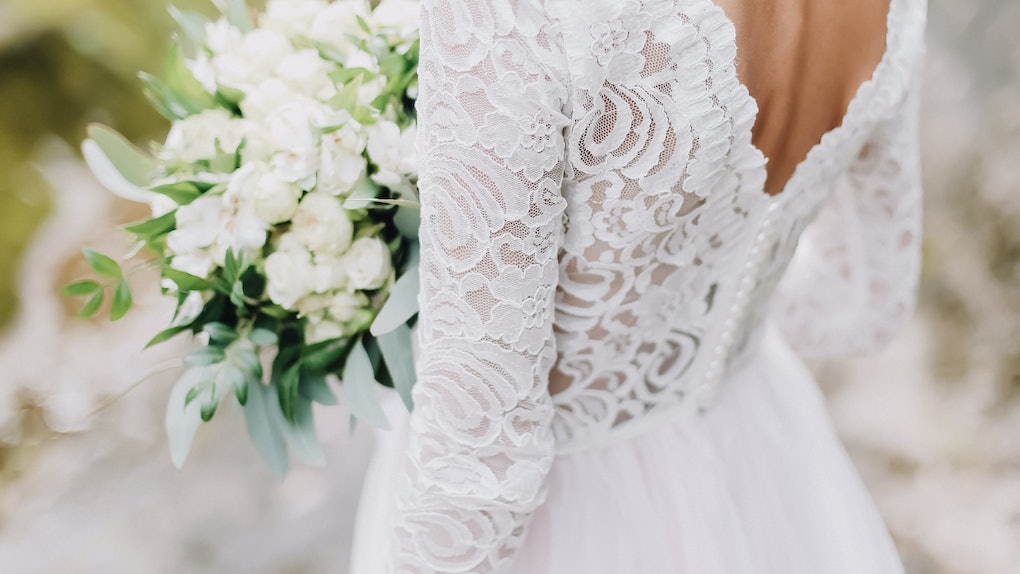 Hey, guess what! Apparently you can get married in quarantine and still have it be fabulous. Case in point: Princess Raiyah of Jordan and Ned Donovan's wedding on July 7. Ned is a British journalist and the grandson of Roald Dahl, the author behind many children's books including Matilda and James and The Giant Peach. As for Raiyah, in addition to being a bona fide royal, she's also a scholar who, per People, is working on a "Ph.D. in pre-modern Japanese literature at UCLA."

Per People, Raiyah and Ned originally got engaged on Oct. 26, 2019. "The Royal Hashemite Court extends its sincere congratulations to Her Royal Highness Princess Raiyah and to Mr. Donovan on this occasion," a royal announcement stated at the time, per People.

Almost nine months later they were married! "Thank you all for your kind messages on our wedding! While it was originally planned for April in Jordan, the pandemic derailed those plans and it was safer for my husband’s family to hold it in the UK," Raiyah wrote on Twitter following the nuptials. "God willing we look forward to celebrating in Jordan once the situation allows."

Alongside her tweet, which she wrote in both Arabic and English, Raiyah included two pictures from their July 7 wedding. The first picture featured Ned signing what appear to be their official wedding documents and the second features of them enjoying drinks outside.

Per his website, Ned is already making an effort to immerse himself in his wife's Jordanian culture. "I recently completed an intensive Modern Standard Arabic course which taught me two things: that my Arabic is not very good, and that I will keep trying to improve it," he writes on the main page of his website. Even if he's "not very good," I think it's sweet that he's making an effort to learn the language of the nation his wife's family leads.

In fact, he wouldn't be the first member of Raiyah's family to make a conscientious effort to assimilate to Jordanian culture. Raiyah's mom, Queen Noor, who was also present at their wedding, "was originally born Lisa Halaby in Washington, D.C. in August 1951," per People. Things completely changed for her when she was working as a designer in Jordan and wound up meeting and eventually marrying Raiyah's dad, the late King Hussein, in 1978.

“I never felt American when I married,” she told People during a 1980 interview. “America was a place where I grew up, studied and developed a foundation for living. It’s not that I’m rejecting America, but I’ve always felt at home in Jordan. I felt from the start I belonged here. This is my country.” She highlighted the point by noting, “Nobody calls me Lisa anymore. I think of myself as Noor.”

Whether Ned follows in his mother-in-law's footsteps and fully embraces Jordanian culture, or he continues to make an effort with his Arabic, it's very sweet to see these newlyweds celebrating their love right now.