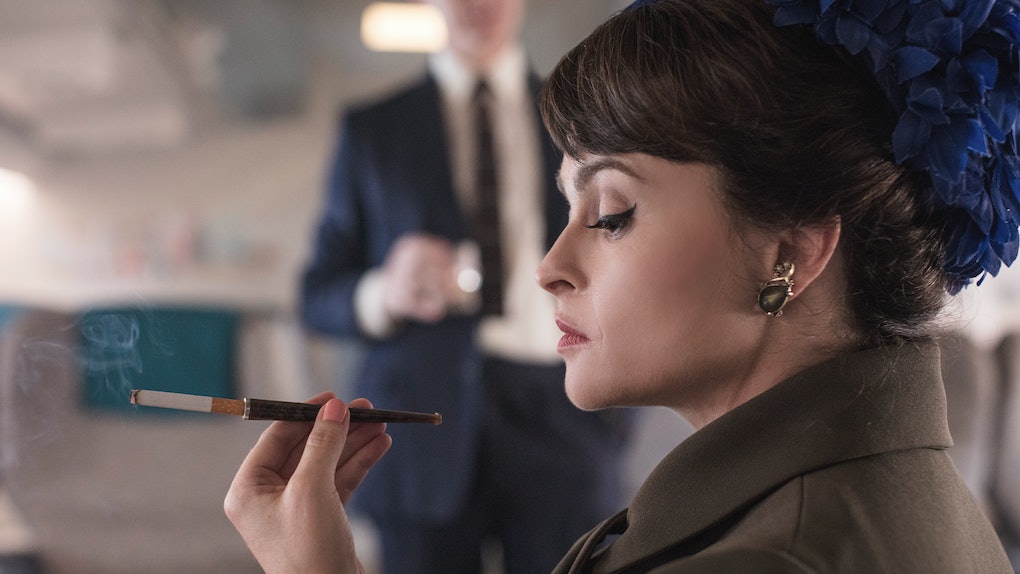 Netflix's The Crown is one of those historical dramas that just based enough in fact that it's believable. Though the drama behind the walls of Buckingham Palace is fictional, many of the events did happen. That it's based in near-history also helps the series fudge facts, as most of this takes place in that space where history classes end, and viewers' memories begin. But how much does the series get right? Princess Margaret's story in The Crown Season 3 does embellish here and there with a few outright fictions. But the tabloid scandals? Those are real. Warning: Spoilers for The Crown Season 3 follow.

The Crown's second episode, "Margaretology," shows the Queen's younger sister on her first trip to America. Nearly everything about the trip is fictionalized, from "Margaret's rave reviews" to her triumph at the White House. Of all the details, only Margaret going to the White House is real. Her partying ways and limerick contest with the president sadly never happened.

But things are different when it comes to the final episode, "Cri De Coeur." Margaret's wedding might have been a moment of celebration, but her relationship with Anthony slid downhill almost immediately after their first child. "Margaretology" doesn't have a lot of recorded truth to it, but their struggle of both wanting to be the center of attention was real.

But by the late 1970s, Snowdon reportedly had multiple mistresses, the most high-profile of which was with Lady Jacqueline Rufus-Isaacs, all of which upset Margaret. It's not clear whether or not Margaret ever asked the family to "impose sanctions," but if she did, it never got out. When they finally did declare divorce in 1978 is was something of a public shock.

That shock may seem odd to The Crown viewers because leading up to it, not only was Snowdon openly having affairs, but Margaret was too. The most infamous is the one the show covers in this episode, with Roddy Llewellyn.

Llewellyn was 25-years old, 17 years Margaret's junior. He worked as a gardener at one of her friend's great houses in Scotland, where she was vacationing, and got her attention by singing in the kitchen.

As for the trip to the island of Mustique, all of that happened. It was planned as a private getaway. But paparazzi managed to catch pictures of them skinny-dipping in the ocean, and the tabloids had a field day. It was a forerunner to the types of photos that would dominate once Charles and Diana's marriages collapsed in the 1990s.

The scandal led to Snowdon and Margaret separating in 1976. In the show, Margaret dramatically calls it "the first royal divorce since Henry VIII," but in reality, it was the highest-ranking divorce since Princess Victoria in 1901. Still, it opened a door previous closed, one that viewers will see used again soon.