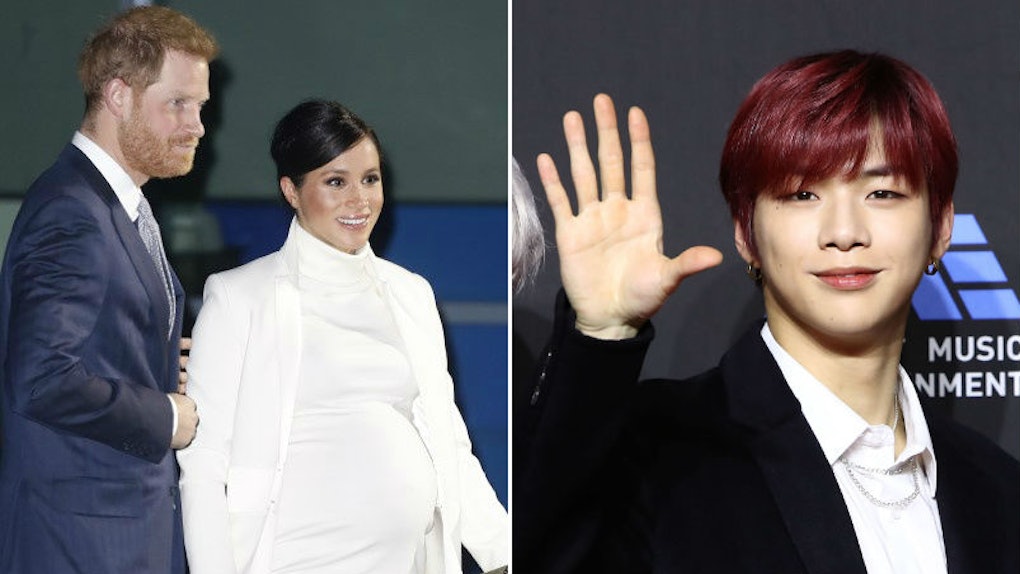 Harry and Meghan’s official Instagram broke the "record for the fastest time to gain 1 million followers on Instagram," according to Guinness World Records. The previous record was held by K-Pop star Kang Daniel, formerly of the group Wanna One. So Meghan and Harry are competing with the K-Pop world at this point. Wild, isn’t it?

So, how did Meghan and Harry announce their social media presence? With an incredibly elegant and very royal-like post, of course!

They shared a blue graphic with their monogram on it. Underneath the monogram, the graphic read, “Official Instagram for their royal highnesses the Duke and Duchess of Sussex.” Additionally, they shared several photos of the couple at various events over the past year.

In the caption of the post, Harry and Meghan wrote a brief message about how excited they are to share bits of their lives with all their supporters.

“'Welcome to our official Instagram; we look forward to sharing the work that drives us, the causes we support, important announcements, and the opportunity to shine a light on key issues. We thank you for your support, and welcome you to @sussexroyal.'- Harry & Meghan,” they wrote.

You can check out their first post down below:

In addition to their introductory post, Harry and Meghan also shared a few other posts. They’re mostly of Prince Harry and things he’s been up to over the last few days. For example, Prince Harry spent some time at the YMCA in South Ealing, so they shared some photos from that event. In the photos, you can see Prince Harry chatting with people and having a great time with a few kids. Have a look:

The Duke and Duchess of Sussex also shared a post highlighting Prince Harry’s dedication to the British Army.

“After serving in the @BritishArmy for ten years, The Duke of Sussex has committed himself to promoting the welfare of members of the Armed Forces and veterans,” the post said. Here are the photos they shared:

Lastly, they shared photos of Prince Harry at the Our Planet premiere at the Natural History Museum.

“As president of @africanparksnetwork, The Duke of Sussex continues to advocate for the communities and wildlife that coexist in some of the most vulnerable environments around the world,” the post reads.

So, it seems like the official Instagram for Harry and Meghan will definitely highlight all of their work. I’m sure it’ll also be the first place anyone sees photos of their baby, who’s due to be born quite soon!