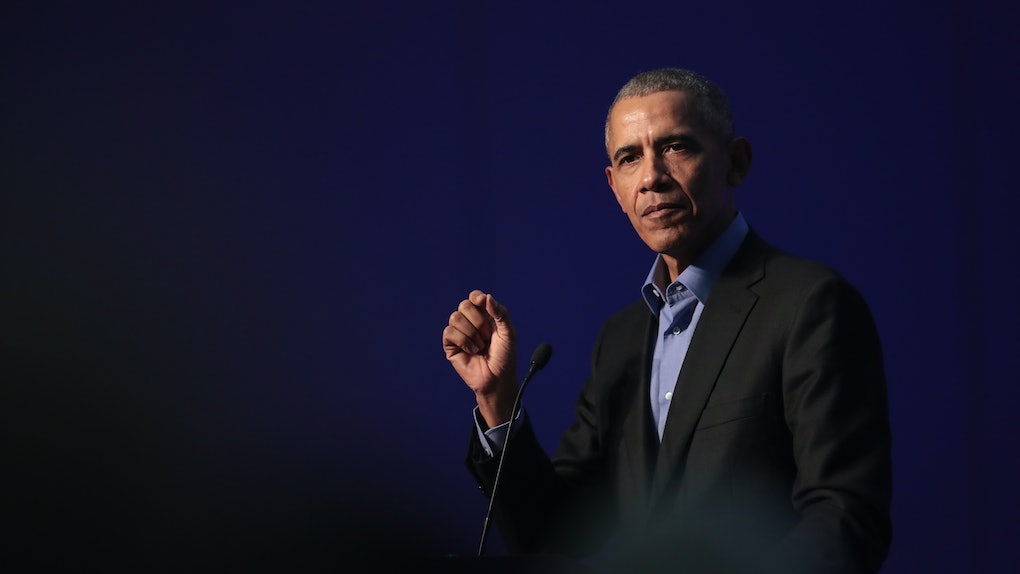 Millennials are all guilty of over-analyzing our age in accordance to where we are in life. How can we not? And on such a day of self-reflection, MLK Jr. Day, we can owe at least one of those imperative, thought-provoking messages to Obama. President Obama's MLK tweet is resonating incredibly powerfully with millennials, and responses to his message are proof.

Millennials are noted perfectionists. It's easy to lose sight of the big picture when you are so busy nitpicking the small stuff that's not such a big deal. We all want to be someone and think the road to success is linear. By now, you know that that is not always the case. In a moment's time, everything you thought you would be can change, and your path's course can be significantly altered.

Obama has always had a way with words, but this particular tweet is drenched with undertones of advice for millennials. And even though he doesn't directly say so, it parallels with the frustrations and challenges that come with being in this stage of life. It's certainly not easy trying to figure out your place in the world while establishing your voice, but with a little guidance and kind words from America's collective Dad, you can be well on your way to success in 2018.

Dr. King was merely 26 years old when the Montgomery, AL bus boycott began. Before this, did you ever really consider how old Dr. King was when he started his journey as a civil rights activist? Probably not. While MLK's legacy is prolific, it didn't suddenly assemble out of thin air or get handed to him like an ancient prophecy. It began as an idea, a dream and manifested into something historic because he stood by it until the very end. Persistence is key. Millennials, don't count yourself out because you aren't exactly where you want to be in your twenties.

Take this day to remember that the problems of the world weren't made in one day. Therefore, if you're actively working on trying to change them, it may not be on the timeline you outlined. If you stick with them, your efforts will never fall void. Often times, the nature of a path isn't solely to be followed. Sometimes and especially in this era, you have to forge your own path, even if people like your parents or high school friends don't understand. Keep that in mind the next time you think your life needs to be following laid-out stepping stones.

People were more than accepting of Obama's message.

If you didn't take anything from that, then you need to read it again until you do. Today, we have the power to start movements from a single post on Facebook or Twitter. Trust me, if MLK could tweet even half of his iconic quotes to the public, the outcome would have been amazing.

Sometimes, it takes hearing the story of one of the greats to fully understand that if there isn't an upward flight of stairs that leads to your goals, you aren't dreaming big enough. I'm just saying.

Of course, many people begged for Obama to come back as well.

While many are still reminiscing about Obama's time in office, his deep, insightful message on such a profound day relayed a sense of reassurance. For millennials specifically, that message is to not allow your age to mandate your stride. Achieving goals and success do not go by some preordained playbook. You write your story every day you get out of bed and step into the world.