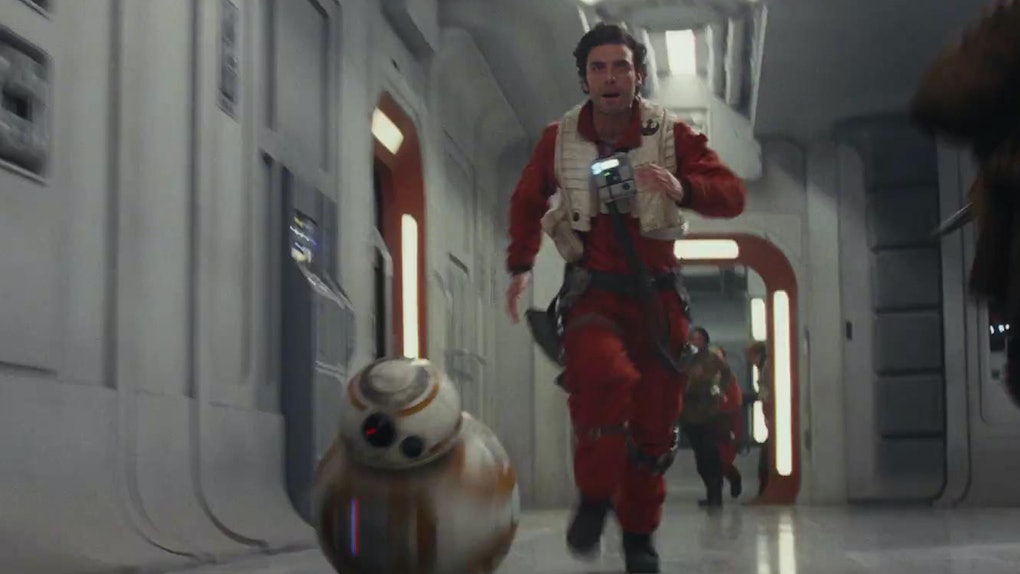 Oscar Isaac's Comments About The Resistance In 'Star Wars: Episode IX' Are Serious

Star Wars has always been a story about good versus evil. The original trilogy was about the "Skywalker," who drew upon the light fighting the Darth Vader (which literally translates to "dark father"). The second trilogy focused on how evil can seduce even the best of men. The final trilogy has only released two installments of the three. But it is already notable how, unlike the first six films, it introduces shades of grey to the proceedings. Oscar Isaac's comments about Star Wars: Episode IX that he made early this week suggest the final chapter will once again lean into the idea of nothing being as clear-cut as one would like.

One complaint about the long-running series is it is somewhat misnamed. Star Wars films are not really "war" movies the way we think of them. There are no scenes of soldiers in trenches — all the battle sequences are usually presented from a higher perspective. Think Return of the Jedi, when there's a battle raging all around. What happens in the battle isn't shown on screen, except far-out shots, or through windows. The action is in the Throne Room, and the real "war" is the fight between the light and the dark.

This is why, when Rogue One: A Star Wars Story arrived in 2016, fans were so into it. (It brought in over a billion dollars at the box office.) Finally, Star Wars had made a war movie.

From Oscar Isaac's perspective, it sounds like this is what J.J. Abrams is planning to do with Episode IX. Speaking to USA Today, Isaac said:

It is a war movie. I mean, above and beyond, it is a movie about warriors.

To Isaac, Poe is not someone who should just be trusted to make the right call because the movie has framed him as on the side of "good."

You want to get people [to question him] as opposed to have some sort of easy answer of like, ‘Yeah, yeah, he did the right thing. He was a hero.' What's the cost of this stuff?

Isaac compared where his side of the fight is now to real-world revolutions.

[The Resistance] are guerrilla fighters, adhering closer to something like the Revolutionary War fighters or even the guerrillas in Cuba with Che and Fidel and all these guys living in the mountains, coming down to do some attacks, and going back and trying to hide from the 'empire' of the United States. It's that kind of ragged at this point.

But it's not just the more recent revolutions in South America, either. He also compares Poe's mistakes to those of another Revolutionary War hero:

You hear about stories with [George] Washington as a general, where lots of people died based on their orders, but that is part of leadership and that push-and-pull in the fight for figuring out what's the way to move forward.

Does this mean Poe will still have more mistakes to make? Or like Washington, will he finally figure out how to take down the Empire and build a new world? Fans will find out when Star Wars Episode IX arrives in theaters on Dec. 20, 2019.