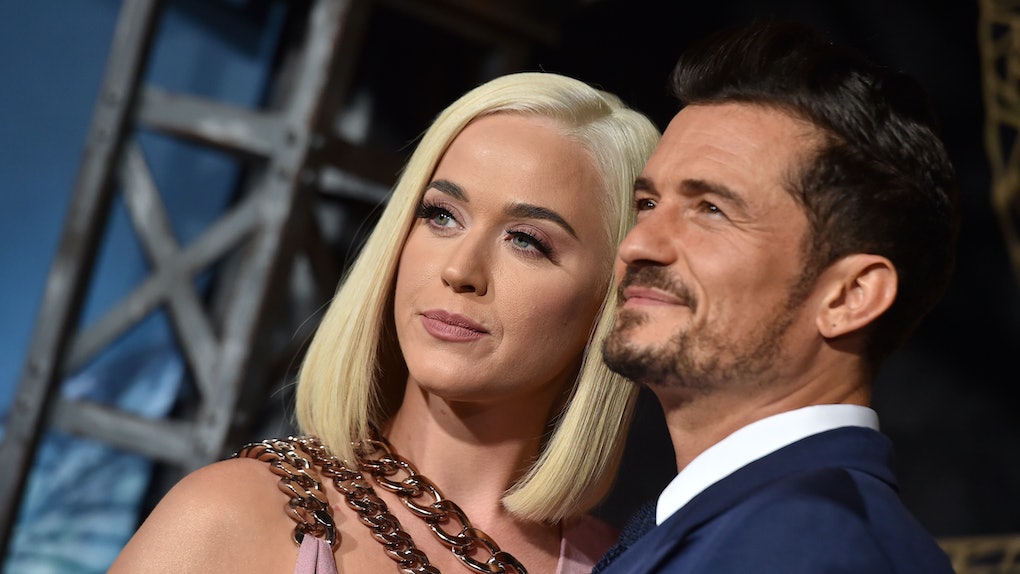 Orlando Bloom Was Celibate Before Meeting Katy Perry & Here's Why

They may be making babies nowadays, but Orlando Bloom was celibate before meeting Katy Perry. In an interview with The Times, published March 15 Bloom admitted he was previously "unhappy" with his romantic life when his friend Laird Hamilton, a surfer, suggested he try being celibate. “Laird said, ‘If you want to be serious about a relationship, go celibate for a few months and figure it out.’ It takes away the idea of going to a party and thinking, ‘Who am I going to meet?’ I was suddenly, like, ‘Oh, I can have a relationship with a woman that is just friends.’”

Bloom said it was a huge change of pace from what he was used to. While he said he's a loyal monogamist by nature, he explained that he liked to get physical with new people when he was single. “If it wasn’t in my eye, it was probably in theirs," he shared. "I was a pretty boy, so wherever I went there was a bit of [frisson]. And I loved women.” Eventually, he told The Times women had become distraction in his life.

Celibacy was such a welcome change of pace that he decided to extend it from the three months he originally intended.

“I was going to do three months, but I was really enjoying the way I was relating to women, and to the feminine within myself," he shared. "I know that sounds crazy.”

Bloom ultimately ended his bout with celibacy after six months. Now, his fiancé Perry is pregnant with the couple's first child. The two had met a few times before Bloom said they "actually hung out and connected" while both attending the 2016 Golden Globes. "She’s very surprising," he said of his wife-to-be. "She’s witty and smart and intelligent. She’s charismatic, but she’s direct, too, and this dynamic was intriguing to me.”

As for the news that he's about to be a dad, Bloom seems to be over the moon. “This kind of joy isn’t something you can put into words — or really wrap your head around,” he told the reporter of their baby on the way. “Obviously we’ve known for a long time before going public. As you can imagine, it’s such an incredibly precious, private, yet commonplace moment to be sharing with the world. I’ve been trying not to get too excited and gushy, but I do keep catching myself listening to wistful music, everything from Bowie’s Wild Is the Wind to the Streets’ Blip on a Screen — do you know that song? As well as my fiancée’s new single of course.”