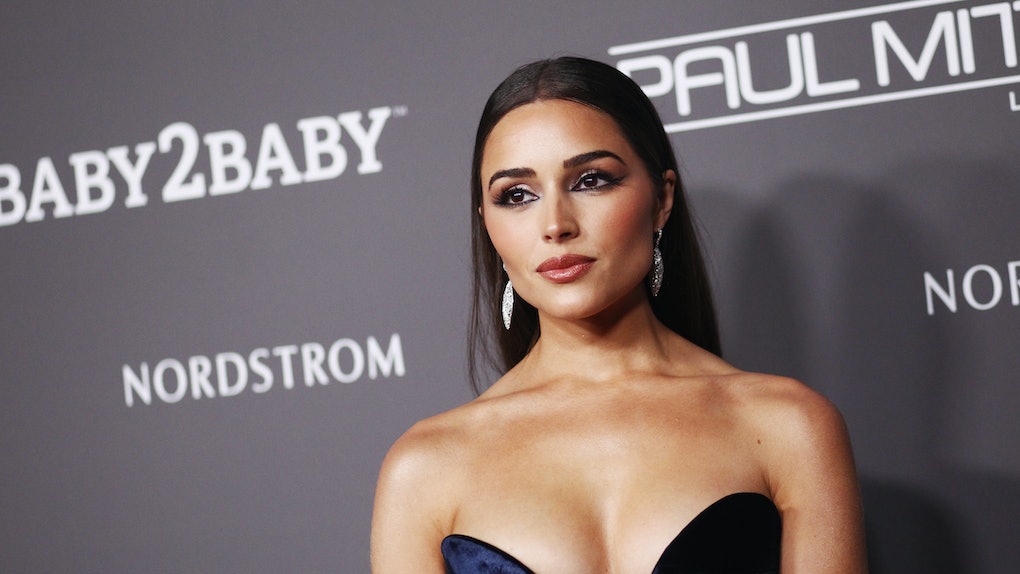 Olivia Culpo is a total boss babe. She was the first American contestant to win Miss Universe since 1997, has nearly four million Instagram followers, and a fire modeling career. But even celebs go through their fair share of romantic drama. Such was the case when Culpo went through a very public breakup with ex Danny Amendola, and ever since, she revealed that she's gotten several Instagram DMs from not just admirers trying to slide, but married, celebrity admirers. Olivia Culpo blasted married celebs who've reportedly DMed her on the The Jenny McCarthy Show, and it was epic. Because really, she doesn't have to put up with that cr*p.

After Culpo and Amendola ended their on-again, off-again relationship in April 2019, the 27-year-old was really single for the first time in two years. And while most breakups suck, perhaps the most annoying part of her breakup were the multiple married celebrities who have reportedly slid into her DMs since. No, that is not an exaggeration. During a May 8 conversation with Jenny McCarthy on her radio show, Culpo revealed how creepy it was, not just that celebrities slid into her DMs, but that they were, in fact, reportedly married. Spoiler alert: She was not there for it.

While she didn't reveal which celebs DMed her, she was close. "You know how many people I wanna just out?" she said. "Nothing irks me more than when someone slides in my DMs. First of all, that’s my number one red flag that I’m never gonna date you, and second of all, if you have a girlfriend or a wife and you are sliding in my DMs, I am going to put you on blast." Get. It. Girl.

This really isn't a good look for anyone, and Culpo even said so herself. "I’m offended that you think that I would even take the bait, honestly," she said, and she's right! Just because a woman is newly single doesn't mean she immediately wants to jump into romantic situations with new people. Culpo continued, "I really wanna screencap all of them and just be like, ‘Hey, all of you guys, tell your wives that they need to leave,'" she said. Live your truth, girl.

On top of the messages she's reportedly gotten, Culpo also recently opened up about how rough that breakup was for her. Sharing a sizzling photo of herself for the Sports Illustrated swimsuit edition on Instagram, Culpo wrote, "This was one of my hardest days for personal reasons (as some of you may remember)." It's likely that she's referring to the news that Amendola had reportedly cheated, which broke shortly before Culpo shot her photos for Sports Illustrated. Elite Daily reached out to representatives for Amendola for confirmation on the reported cheating rumors, but did not hear back by the time of publication.

"I landed in Australia to shoot these photos with some info that rocked my world," she continued. "Looking back at this first picture, I know exactly what was going through my mind at the time. I was so incredibly thankful for the opportunity to be doing something I had dreamed of, and wished and hoped for since I was a little girl."

Needless to say, regardless of whoever slides into her DMs and no matter what her relationship status is, Culpo is thriving. And that's the tea!