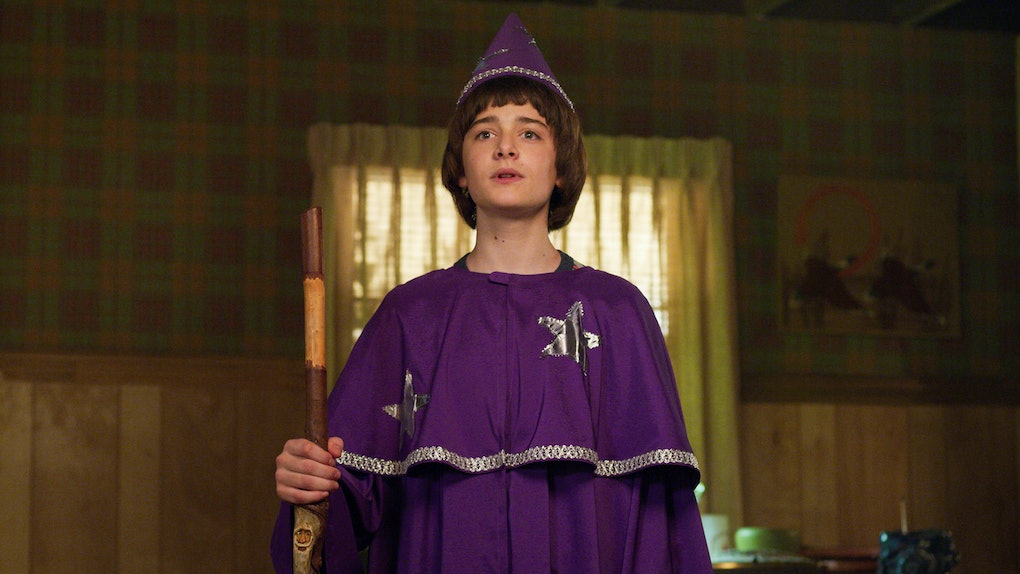 The kids of Stranger Things are growing up in its third season, and that means they're experiencing typical milestones of adolescence. And one of those major milestones is first loves. In Season 3, three of the four boys have girlfriends... and then there's Will Byers (Noah Schnapp). While all his best friends were off kindling romances, Will was waiting around for them to start up another game of Dungeons & Dragons. At one point, Will confronted his friend Mike (Finn Wolfhard) about their lack of hangout time. Mike responded, "It’s not my fault you don’t like girls," making fans wonder about Will's sexual identity. But the answer might not be as straightforward as that. Noah Schnapp's quotes about Will's sexuality in Stranger Things Season 3 shed a little light on the situation.

In an interview with The Wrap, Schnapp said that he thinks Will's sexuality is open to interpretation. He said:

While Schnapp thinks it's up to the audience to figure out what they think about Will's sexuality, he does have his own opinions about his character. Schnapp said:

I kind of just interpret it like he’s not ready to grow up and he doesn’t really want to move on to dating and relationships yet. He still wants to be a kid and play in the basement like he did in old times.

It makes sense that Will might be a little bit behind his friends in their timeline of growing up. After all, in Season 1 he did get abducted by the Demogorgon and get trapped in the Upside Down. That sounds like more than enough to stunt a kid's emotional growth, at the very least. In fact, it's kind of a miracle that Will isn't even more behind his peers. Schnapp thinks that Will's time in the Upside Down is key in interpreting his state of mind in Season 3. He explained:

While all the characters were out developing and growing up, Will was in the Upside Down and he was alone there, not interacting with or connected to his friends or the rest of the world. And when he got back, he expected everything to just go back to how it was before, how it was when he was normal and when he was a kid and he wanted to go back to the basement and play D&D.