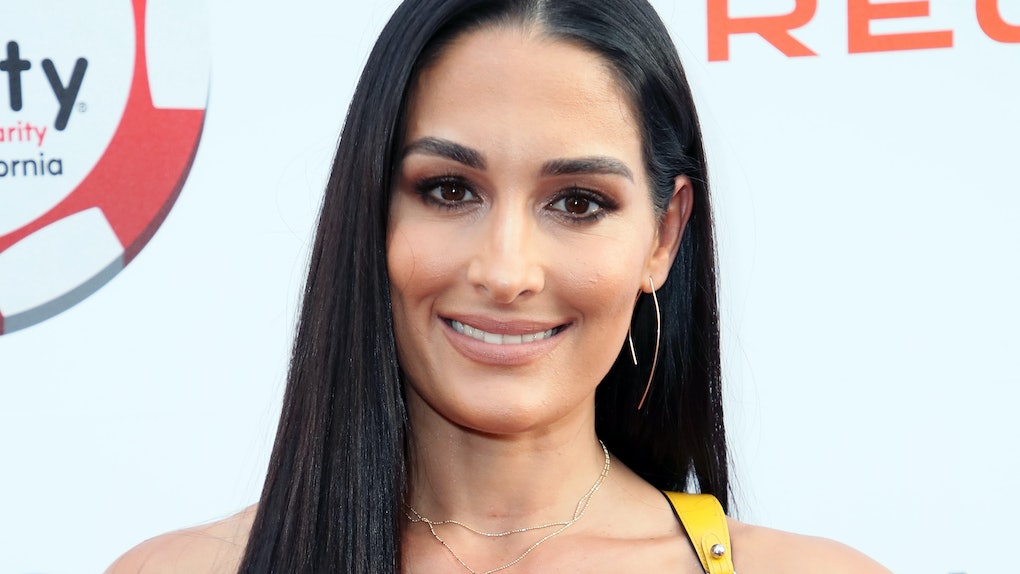 Fact: there’s no one way a new mom’s body should look after pregnancy. Yet, women in and outside of Hollywood constantly have to explain to others why their bodies look the way they do after literally giving birth to a tiny human. Annoying much? I think so — and so does WWE icon Nikki Bella, who is still dealing with body-shaming comments after giving birth in July 2020. But the Total Bellas star isn’t one to let unnecessary remarks slide, and Nikki Bella’s response to fans commenting on her post-pregnancy body is absolutely legendary.

Bella gave birth to her and her fiancé, Artem Chigvintsev's, first child, an adorable baby boy named Matteo, on July 31, 2020. She hasn’t announced any concrete plans to have another child in the near future (and even if she was keeping a pregnancy under wraps, that’s nobody’s business but her and her boo’s). But, nevertheless, some of her followers have been speculating that baby no. 2 is on the way based on how Bella’s body looked in an April 12 Instagram post. This speculation was so inappropriate — and the retired wrestler wanted everyone to know.

"So, a lot of people have asked me [if I’m pregnant] since the weekend, sucks, LOL,” she said in response to one follower’s question on an April 13 Instagram story. Bella further clarified that her appearance was the result of body changes that are totally natural, like gaining water weight and hormonal shifts.

“No [I’m not pregnant] lol,” she said. “My dress was baggy and with the number placement and being super bloated from travel and hormones (milk is coming to an end) I totally look it. It is what it is lol. Had abs in the day and a little bell at night. #momlife.”

First off, Bella’s body looked strong and beautiful as always in the photos that left people speculating. Secondly, Bella’s followers should feel lucky that she explained her situation at all, since women aren’t under any obligation to explain their bodies to anyone.

Let’s hope these fans realize questioning or policing the appearance of a woman’s body — especially her post-pregnancy body — is never okay. Bella's response proves that comments like that can be super harmful, and new moms deserve positive vibes, not toxic ones.