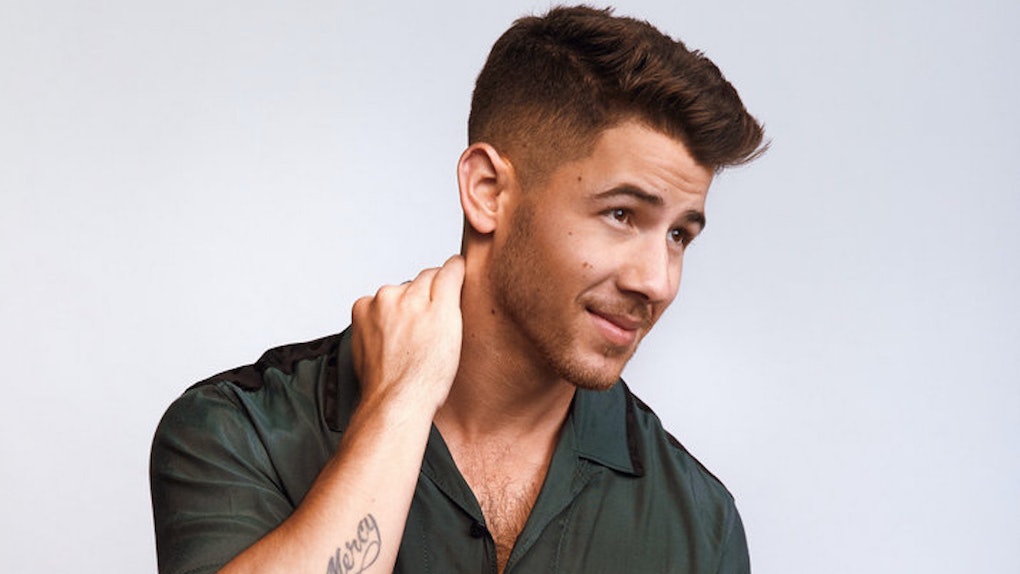 There has been no better year to be a Jonas Brothers fan than 2019, but 2020 may give it a run for its money. The beloved boy band reunited after six years at the beginning of 2019, gifting fans with new hit single "Sucker," their fifth studio album Happiness Begins, a documentary about their reunion, and a world tour to bring the JoBro love back to fans who grew up with them. As if all that wasn't enough, fans will be seeing Nick Jonas even more very soon, because he will be sitting in one of The Voice's turning chairs next season. Nick Jonas is joining The Voice Season 18 as a judge and it sounds like he is ready to bring some fresh, new energy to the long-running singing competition series.

The big news comes shortly after a major shake-up among The Voice coaches. The NBC competition series has cycled between superstar judges pretty frequently in its 17 seasons, but its two mainstays since beginning in 2011 have been Blake Shelton and Adam Levine. However, in the currently airing 17th season, which premiered on Sept. 23, Levine is not appearing as a coach for the first time in the show's history. Gwen Stefani joined Shelton, Kelly Clarkson, and John Legend as the fourth judge for this current season, but next year, Jonas will take her spot.

To celebrate, Jonas posted a short video to Instagram in which he shared his excitement over his role in the upcoming season. He also got in the competitive spirit and threw down the gauntlet to his fellow coaches.

Jonas' new co-stars also welcomed him with video messages of their own. The Voice's Instagram page posted videos from Shelton, Legend, and Clarkson, each welcoming Jonas into the fold in their own unique ways. Missing his age-old rivalry with Levine, Shelton threw some digs at Jonas about his age, while Legend and Clarkson both pitched alliances.

The news first broke in a clip Ellen DeGeneres shared in advance of the Jonas Brothers' appearance on her talk show on Oct. 8. DeGeneres played Shelton, Clarkson, and Legend's voice messages to break the news, and Jonas' competitive spirit became immediately evident. He responded to the messages: "Blake, I'm going to kick your a**." He also went on to say he thinks an alliance with Clarkson could make sense, but he would need to talk further with Legend before committing to anything.

The Voice has cycled through so many megastar coaches throughout the years that it is unclear how long Jonas' tenure on the show may last. Some judges stay on for a long string of seasons, like Clarkson has, but others only stay in their coach's chair for a couple seasons before heading out, like Miley Cyrus did. So, if you are a Jonas Brothers superfan, then you will definitely want to tune into Season 18.

NBC has yet to announce a premiere date for The Voice Season 18, but judging by the show's super consistent schedule, it will almost assuredly premiere at the end of February 2020.