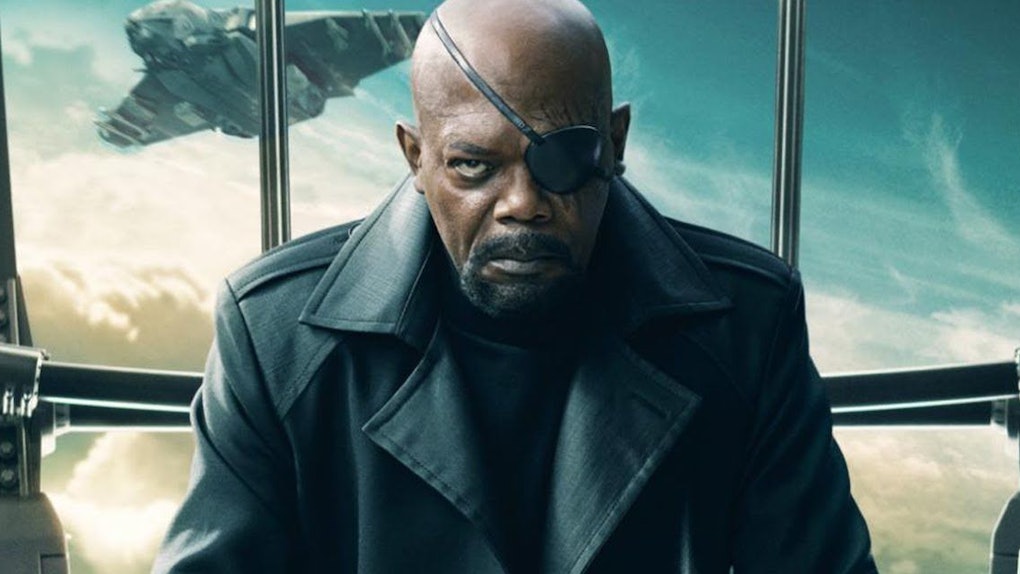 Nick Fury Will Be In 'Spider-Man: Far From Home,' So Fans Can Rest Easy

Marvel has a bit of a funny problem on its hands. Technically, at the end of Avengers: Infinity War, half of their cast was dead, dusted, and destroyed by Thanos' snap. That includes most of the cast of Guardians of the Galaxy (save Rocket and Nebula), and Spider-Man, both of whom have their next standalone sequels greenlit and in production. Fans just have to suspend disbelief they will return, despite daily news explicitly saying the opposite. But now, more "dusted" characters have been scheduled to appear as well. Nick Fury will be in Spider-Man: Far From Home, for instance, along with Cobie Smulders, whose character, Maria Hill, dusted just before Fury in the end credits sequence.

This isn't the only Marvel Cinematic Universe movie actor Samuel L. Jackson has been signed up for, either, despite his character being deceased. He and Clark Gregg, who plays Phil Coulson on Agents of S.H.I.E.L.D., are both part of the cast of Captain Marvel, the MCU's next release.

But Captain Marvel at least has the benefit of being set back in the 1990s, 30 years before Thanos' snap heard round the franchise happened. (Jackson and Gregg will supposedly be "digitally de-aged" for their appearances in the film, since it's set so far in the past.)

But unlike, say, a Captain America movie or an Iron Man movie, where an appearance from Fury and Hill would not be remarkable, the decision to put the S.H.I.E.L.D. in Spider-Man: Far From Home is not a given. Most fans think of the new Spider-Man series as being part of the MCU, and it is, to a point.

But the picture is a little more complicated. The new Spider-Man is a co-production between Disney and Sony Pictures, where Sony is the one footing the bill. In return, they get the MCU marketing team, along with the benefits from being a part of a movie franchise that has released 20+ hit movies and counting.

But it also means anyone who crosses over into the Spider-Man films from the MCU has to be paid for it separately. This was a sticking point in Homecoming, where Robert Downey Jr. was brought over to play Tony Stark, to give the film an MCU tie-in. Word was, Sony paid him more than $1 million a minute for that cameo.

Though nothing was ever said on the record, there was speculation the next Spider-Man might be a little more cameo-free to reduce the sticker shock on the next go-round. From the looks of this news, though, that's not so.

Still, as much as Samuel L. Jackson is a legend, he's not Robert Downey Jr. Cobie Smulders isn't Gwyneth Paltrow, either. Regarding cameo crossovers, this is definitely less likely to break the bank, while still being a handy way to tie Peter Parker's superhero even tighter into the new version of the Avengers that emerges from the dust in Phase IV.

Spider-Man: Far From Home will be the first MCU film of Phase IV, arriving next summer on July 5, 2019.