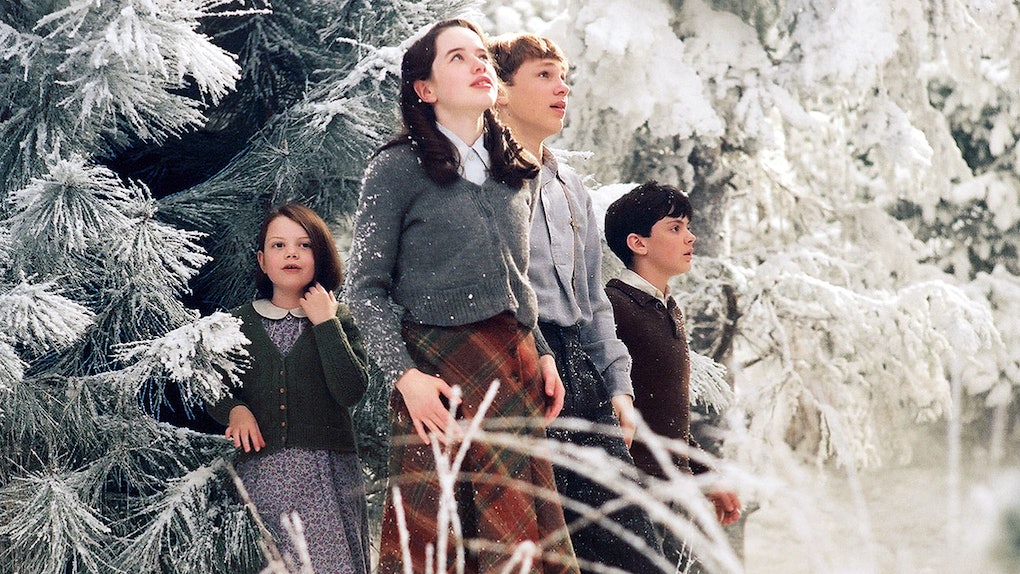 Once again, Netflix is here to save your favorite franchise. The streaming giant announced Oct. 3 that new The Chronicles of Narnia movies are officially in the works. Netflix will expand the Narnia stories through upcoming films, as well as a TV series. C.S. Lewis' classic novels have been adapted for the big and small screens in the past, but according to Deadline, Netflix and The C.S. Lewis Company's "deal marks the first time that rights to the entire seven books of the Narnia universe have been held by the same company."

"C.S. Lewis’ beloved Chronicles of Narnia stories have resonated with generations of readers around the world. Families have fallen in love with characters like Aslan and the entire world of Narnia, and we’re thrilled to be their home for years to come," Ted Sarandos, Netflix's Chief Content Officer, remarked in a statement.

“It is wonderful to know that folks from all over are looking forward to seeing more of Narnia, and that the advances in production and distribution technology have made it possible for us to make Narnian adventures come to life all over the world,” C.S. Lewis' stepson Douglas Gresham also said. "Netflix seems to be the very best medium with which to achieve this aim, and I am looking forward to working with them towards this goal.”

Most recently, The Chronicles of Narnia got the Disney cinematic treatment. The Lion, the Witch and the Wardrobe was released in 2005 and Prince Caspian followed in 2008. Fox took over for 2010's The Voyage of the Dawn Treader. A fourth installment, based on Lewis' book The Silver Chair, has also been in the works. Joe Johnston (The Rocketeer, Jumanji, The Nutcracker and the Four Realms) is signed on to direct. It is unclear how that proposed project will play into Netflix's development plans.

C.S. Lewis' The Chronicles of Narnia series consists of a total of seven books. The Lion, The Witch, and the Wardrobe was intially adapted for television back in 1967. '80s babies might recall BBC's miniseries version, which adapted the first four Narnia books for television and aired from 1988 until 1990.

Narnia found its way into film and TV, although Lewis was reportedly skeptical of bringing his work to life on screen.

“They'd be no good on TV. Humanized beasts can't be presented to the eye without at once becoming either hideous or ridiculous. I wish the idiots who run the film world realize that there are stories are for the ear alone," the author apparently wrote in a 1957 letter to a young child asking about his willingness to see Narnia adapted.

Details surrounding how Netflix plans on telling Lewis' famed fantasy tales have not yet been unveiled. Do they just start at the beginning and produce separate projects based on each independent novel or will they use the Narnia universe as creative inspiration for a television show and its complimentary films ? With all that source material, it seems like the entertainment possibilities are endless. Netflix, Narnia fans are counting on you.

More like this
10 Rainy Day Movies To Watch On Netflix That Are Perfect To Pass The Time
By Kristen Perrone and Lexi Williams
Is Netflix Making A 'To All The Boys' Spinoff Series About Kitty? Here's The Tea
By Rachel Varina
20 'To All The Boys' Kitty Quotes To Pair With All Your Sassy Selfies
By Marisa Casciano
Stay up to date