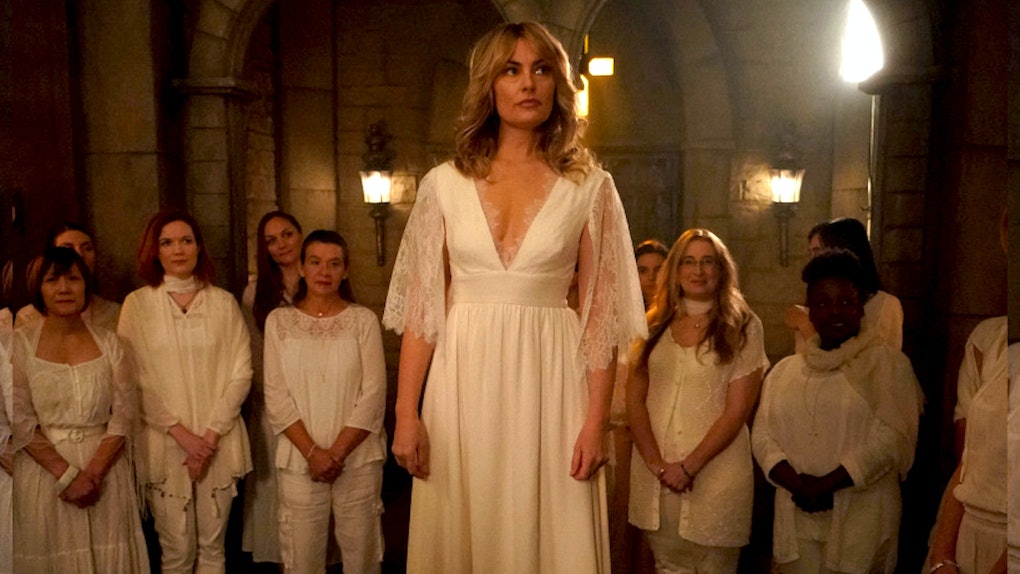 Riverdale may be on a short break right now, but it will be jumping right into the mysterious cult that has been perplexing fans all season when the show returns next week. The Farm has kind of been on the sidelines in the first half of Riverdale Season 3 as everyone focused on unmasking the Gargoyle King, but next Wednesday's new episode "Requiem for a Welterweight" will finally go into the Farm. New photos from Riverdale Season 3 Episode 13 give us our first glimpse inside the Farm... and it looks just as creepy as you probably imagined.

Along with the new photos from next week's episode, the CW also released an episode synopsis for "Requiem for a Welterweight" to give fans an idea of what is in store. The synopsis teases that Veronica will face off against the newly arrived Gladys Jones over their messy drug deal, Archie is getting involved in some more boxing drama, Cheryl and Toni will hit a rough patch over how to deal with being ousted from the Southside Serpents, and Alice Cooper will take her next step in joining the Farm:

As Veronica attempts to steer Hiram away from the drug business, Gladys' return to Riverdale throws a wrench into her plan. Betty grows concerned when Alice decides to take her commitment with The Farm to the next level. Elsewhere, Archie's rush to get into the boxing ring lands him in hot water, while Cheryl's attempt to send the Serpents a message causes tension between her and Toni.

The Farm storyline is probably the most exciting aspect of all for Riverdale fans. The mysterious cult has been a big question mark since the end of Season 2, when Polly Cooper returned from the compound and convinced her emotionally broken mother to join the group as well. Since then, we've seen the cult make babies float over a fire and heard mentions of an elusive leader named Edgar Evernever, but have yet to get answers. Newly released photos show Alice Cooper preparing for a baptism into the Farm as Polly and Evelyn Evernever watch on:

The setting of these photos can also be quickly seen in the promo trailer for next week's new episode. In a brief clip, Alice gets dunked in the tub and Betty rushes in to save her mother, declaring that she isn't breathing.

And these are not the only worrying new stills from next week's episode. The CW also shared a set of photos featuring what looks like a fight between Cheryl and her girlfriend Toni. Cheryl even appears to be tearing up in the final photo... could a breakup be coming?

The title of the episode, though, is a clear reference to Archie's return to the boxing ring. Recent episodes have teased that Archie may turn to boxing to deal with his all of his newfound angst, and that Tom Keller will coach him. The photos show Archie working with Tom Keller in the ring, and his new girlfriend Josie watching on worriedly: