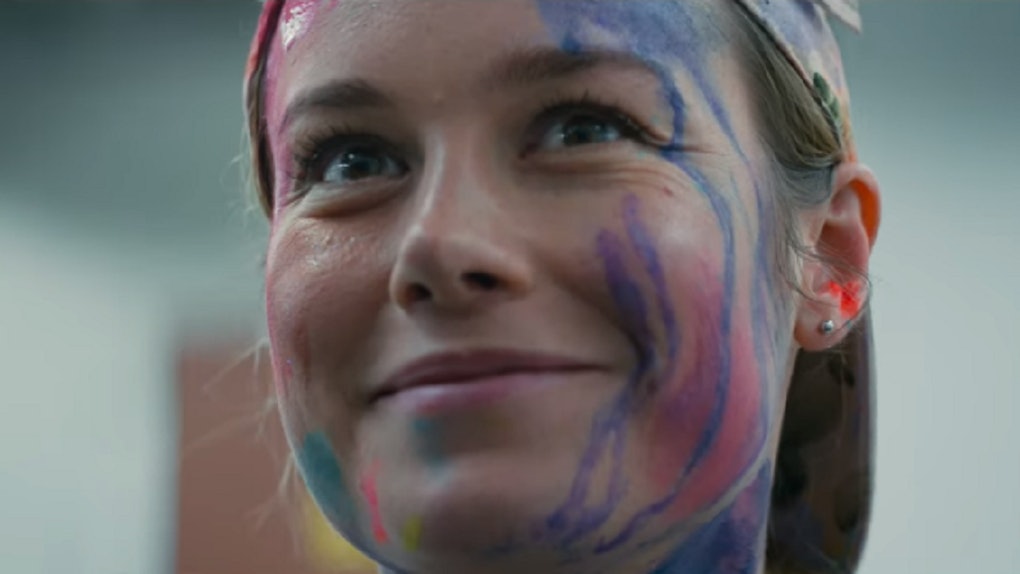 You can currently catch Brie Larson and Samuel L. Jackson as a powerful duo fighting extraterrestrial evil in Captain Marvel, but if you're in the mood to see the two embrace their whimsical sides, you're in luck. Somewhere in between donning flight suits and leather jackets, the two co-starred in a lighthearted comedy that you can stream sooner rather than later. Netflix's Unicorn Store trailer shows the Marvel actors in a totally different way, but it's perfect if you want a glimpse of what Carol Danvers and Nick Fury might on the weekend in an alternate universe.

Debuting on Netflix on April 5, Unicorn Store also happens to be Larson's feature directorial debut. After its initial premiere at the Toronto International Film Festival in 2017, Unicorn Store is the perfect fit for Captain Marvel viewers who haven't quite reached the same level of confidence as Carol has. In it, aspiring painter Kit (Larson) fails out of art school and has to take a dull temp job in an office, feeling disheartened about the chance of ever achieving her goals. She then receives a mysterious invitation that could help her fulfill a childhood dream.

When Kit follows through on his mysterious message, Jackson's character, known as the Salesman, introduces her to the concept of his store called, well, the Store. There, people find exactly what they need, but they have to prove that they're worthy of the reward. Kit sees this as a chance to adopt a unicorn, the only thing she ever wanted. She embarks on preparing her home for the special gift and accepting herself as her family worries about her refusal to grow up.

Larson and Jackson, who also appeared together in Kong: Skull Island, helm a cast that includes Joan Cusack and Bradley Whitford as Kit's realistic-thinking parents. Relative newcomer Mamoudou Athie also stars as Virgil, the hardware store worker who becomes invested in Kit's quest to ready herself for her unicorn. The trailer lacks any actual unicorn sightings, but to paraphrase Parks and Recreation's Leslie Knope, perhaps Kit is her own "rainbow-infused unicorn."

Long before Larson's world began to revolve around superheroes and Marvel fan theories, she spoke about the film in 2017, telling Indiewire, "I know that the film isn’t for every person. But I hope that for the people that I did make it for, it resonates with them as a way of saying, ‘We need these voices that are unique and different.'”

Unicorn Store's Netflix launch marks the first product of Larson's two-film deal with the streaming service. The remainder of the deal is linked to the upcoming movie Lady Business, which is based on a true story about two female entrepreneurs who had to create a male business partner in order to succeed. Larson's role in that project is still unclear, but it would be pretty amazing if Jackson found a way to be included and continue their streak of working together. Who isn't here for this friendship?