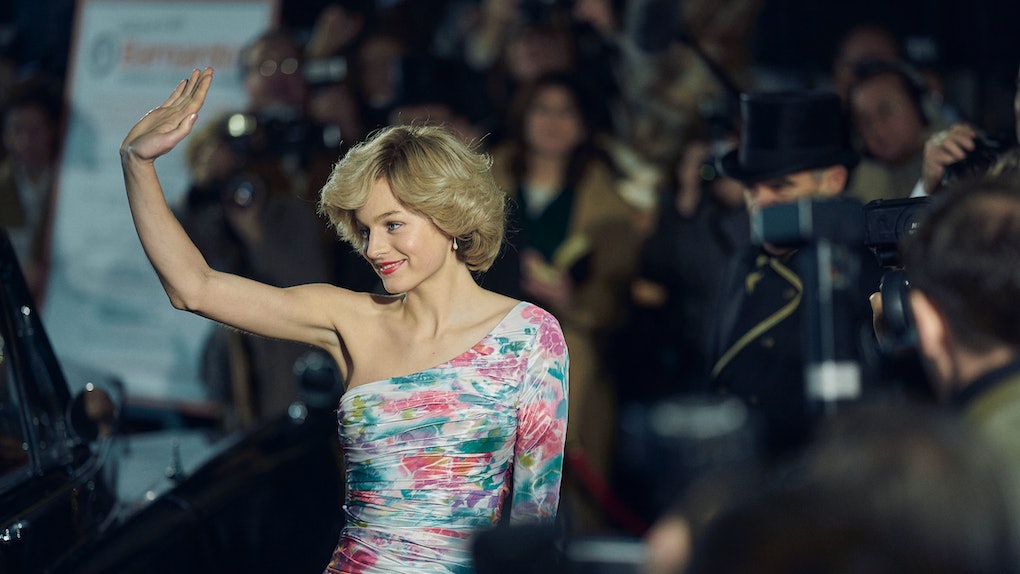 Netflix's 'The Crown' Season 4 Trailer Is So Freaking Intense

From the outset, fans of The Crown have been waiting for the 1980s to arrive. Even though Queen Elizabeth II's early years were impressive, everyone knew the real drama in the Windsor family came with the arrival of Princess Diana. It took three full seasons before the show was ready, but Season 4 will begin with 1979 and the royal engagement of Prince Charles to Lady Diana Spencer, their "fairytale wedding," and the disaster that unfolded thereafter. As expected, Netflix's The Crown Season 4 trailer goes all in on Diana's story.

The Crown's decision to focus on the recent history of the British monarchy means that, for many viewers, the series is covering history they already lived through. The earliest season of The Crown had the advantage of being the furthest back in time, so younger viewers were less familiar with the historical incidents recreated. But the earliest millennials were born in 1979 and grew up with Diana as a worldwide celebrity figure. Season 4 is the first season when the bulk of viewers will remember these incidents and have firm opinions on how they're portrayed.

Moreover, the show is now approaching ground Peter Morgan already tread. The man behind The Crown became famous for his movie The Queen, which focused on Elizabeth II living through the tragedy and horror of Diana's death, and how it rocked the monarchy to the core. As the show barrels around to that ending once more, the shadow of her future will loom large over everything.

Perhaps that shadow is why the trailer feels less like a celebration and more like the opening to a Shakespearean tragedy.

Here's the official Season 4 trailer, which released on Oct. 29:

And here's the teaser, released Oct. 13:

The synopsis also has one eye gazed ahead to the future.

As the 1970s are drawing to a close, Queen Elizabeth and her family find themselves preoccupied with safeguarding the line of succession by securing an appropriate bride for Prince Charles, who is still unmarried at 30. While Charles’ romance with a young Lady Diana Spencer provides a much-needed fairytale to unite the British people, as the transformation from teenager to Princess of Wales takes place, it is anything but a fairytale for Diana.

The Crown has been deeply invested in Elizabeth as the sympathetic heroine, to the point of painting Philip a villain. Season 3 also presented Charles as a tragic figure with a life out of his control. Considering many fans of The People's Princess view both men as Di's tormentors, it will be interesting to see how Morgan balances these famous figures so no one feels as if someone's story is getting cast aside.

This article was originally published on Oct. 13, 2020