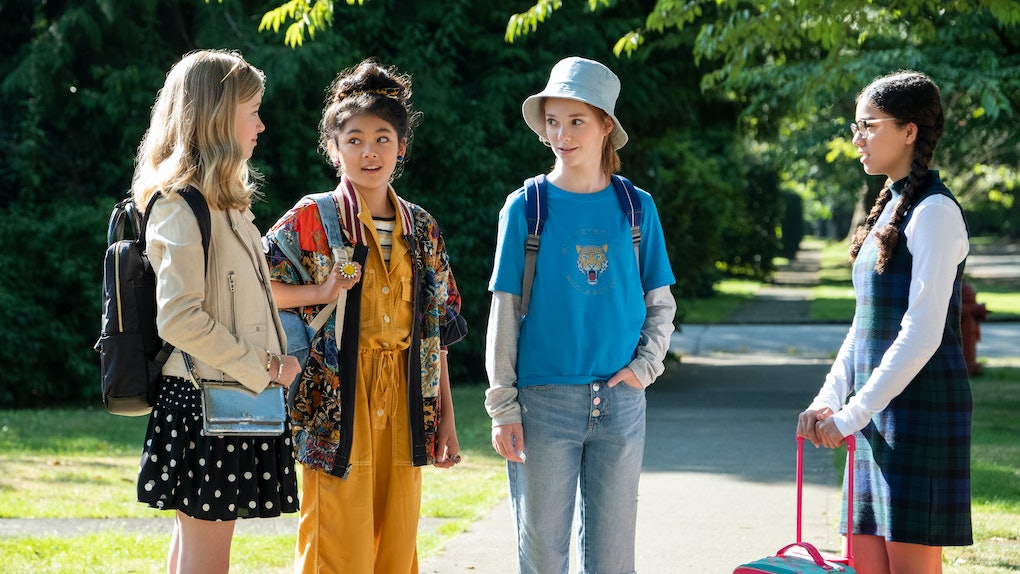 In a year when apocalyptic entertainment has felt a little too topical for comfort, the arrival of Netflix's The Baby-Sitter's Club was a welcome one. Based on the beloved tween novels from the 1980s and 1990s, the simple adventures of Kristy Thomas (founder and president), Mary Anne Spier (secretary), Claudia Kishi (vice president), and Stacey McGill (treasurer) was a welcome reprieve. But considering how many shows Netflix has canceled in 2020, fans worried the series might not survive. Thankfully, Netflix's The Baby-Sitters Club Season 2 is a go, and fans are ready for more adventures.

The first season of The Baby-Sitters Club was something of a "greatest hits" of the book series. From the opening "Kristy's Great Idea" to an updated take on "Mary Anne Saves The Day," the series found ways to take the original 80s-set material and make it work for the 2020s.

Moreover, unlike some teen-set shows on Netflix (hello, Stranger Things), these weren't kids dealing with stuff far beyond their paygrade. Their issues were many of the same problems viewers remember having at that age. There was something warm and fuzzy about going back to when the biggest problems in life were too-strict parents and a rival babysitting agency stealing clientele. No wonder fans were anxious for more.

Luckily, they're getting it.

Netflix was relatively kind to fans, only waiting 118 days from the initial premiere of BSC before confirming a second series was a go. All of the teen actors who play club members were on hand for the announcement video, happily lip-syncing to the theme song.

The series did not confirm anything beyond that, but it's a good bet all the parents, including Kristy's mom (Alicia Silverstone) and step-dad Watson (Mark Feuerstein), will be back, as well as Marc Evan Jackson as Mary Anne's overprotective dad and Takayo Fischer as Claudia's grandmother, Mimi.

Considering how faithfully the first season stuck to the novels, with the final two episodes even covering one of the series' infamous "Super Special" twice-as-many-pages adventures, it's a good guess Season 2 will follow suit. Some of the more beloved BSC books the show hasn't hit yet include Mallory's Christmas Wish, The Ghost at Dawn's House, Mary Anne and the Great Romance, Claudia Kishi: Middle School Dropout, Jessi's Secret Language, and Good-bye Stacey, Good-bye. It will not be surprising if the new season covers at least some of these stories, if not all of them.

Netflix has not set a date for the second season of The Baby-Sitter's Club, but looking at the production timeline for Season 1 can tell fans a lot about what to expect going forward. Netflix initially announced the series was going into production in February of 2019, and the first season arrived in July 2020, making it a 16-month turnaround.

The current coronavirus pandemic could slow things down or throw a spanner in the works for filming. But a 16- to 18-month cycle doesn't seem unreasonable. If so, this suggests fans could see Season 2 as early as March 2022.