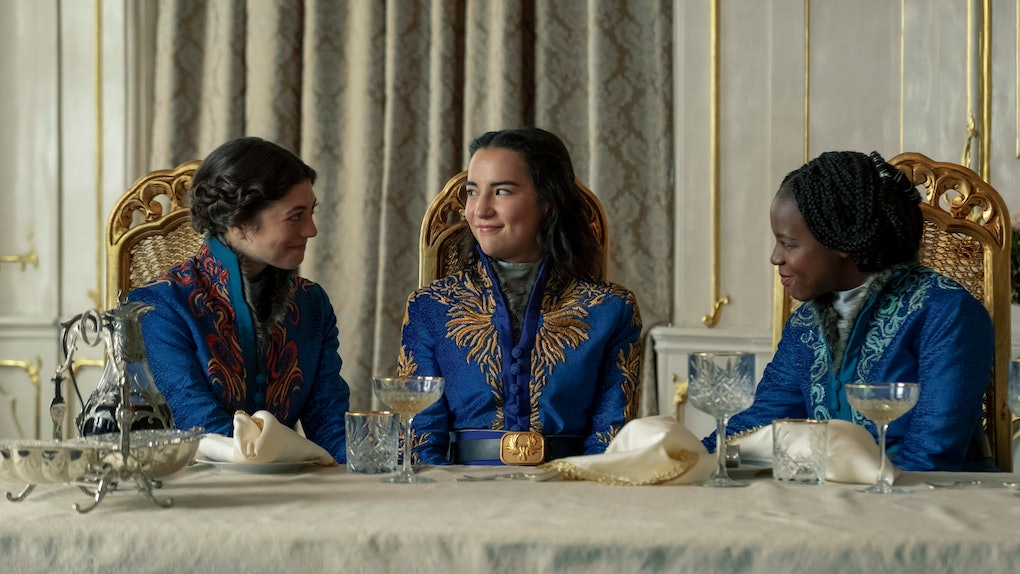 Shadow and Bone's arrival on Netflix on Friday, April 23, 2021, heralded a new fantasy universe for fans to get lost in. Known as the Grishaverse, this dramatization of Leigh Bardugo's world of Ravka is as intricate as Westeros or Middle Earth. But with only eight episodes in the first season, fans might feel like they didn't get a full accounting of all the different areas of Alina's home continent. That's where Netflix's Shadow and Bone virtual experience comes in. This immersive website allows fans to deep dive into all the people, places, and things found in Alina's world.

Fantasy worlds are famous for their maps. J.R.R. Tolkien once said he started with the map when creating Middle Earth. Game of Thrones' calling card was its opening credit sequence, where the camera flew from city to city to help orient viewers as to where the show was focused in that particular season.

But Netflix isn't into opening credits (in fact, it deliberately makes them skippable). And, unlike books, TV shows don't have a front page just inside the cover for fans to flip back to and study while watching. That's where Netflix's new Shadow and Bone interactive site comes in. From maps that show the locations of all the critical moments in the show to quizzes that teach Ravkan and Crow culture, fans can learn everything there is to know about the Grishaverse.

Once fans click, they can learn where they fit in with the Crows, who they'd be in the Ravkan Army if they signed up to follow Mal, and of course, create their own Grisha avatar to display their powers. (Sadly, there do not seem to be instructions on how to be assigned one's Kefta coat. It's a good thing cosplayers have already gotten to work on that.)

But that's only the tip of the Grishaverse site. If fans keep clicking, they'll eventually get to a "Special Invitation." This link is a sign-up to be part of Shadow and Bone's virtual fete, attended by the cast, including Alina herself, Jessie Mei Li. Archie Renaux (Mal), Ben Barnes (General Kirigan), and all three crows — Freddy Carter, Amita Suman, and Kit Young — will all also be in attendance.

The party is May 8, 2021, at 10 a.m. PT, on Zoom, so mark those calendars. All eight episodes of Shadow and Bone's first season are streaming now on Netflix.