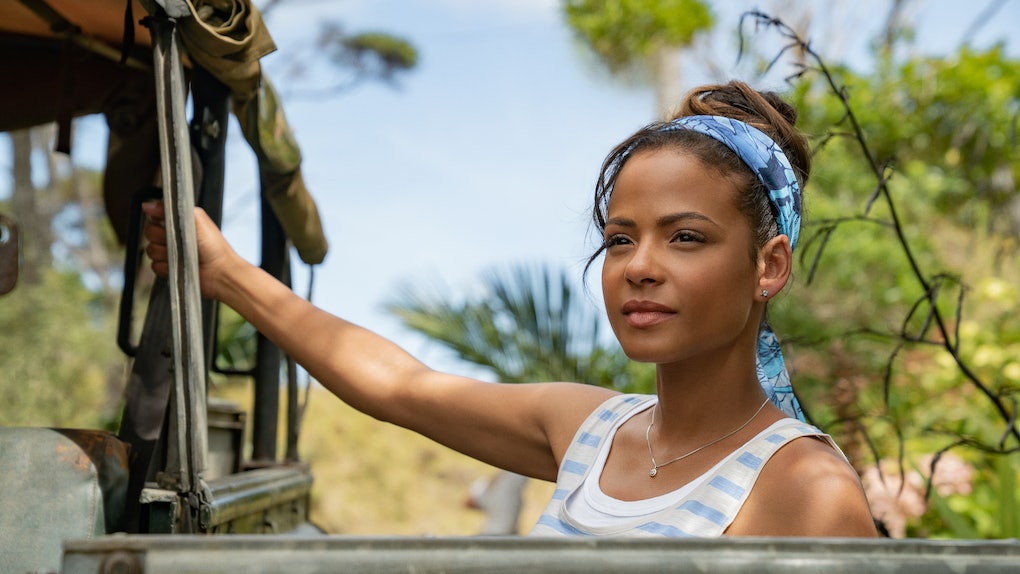 I may joke about booking a one-way flight to another country someday, but chances are, I'm a few years away from checking that off my bucket list. This isn't the case for the heroine of Netflix's newest romantic comedy, starring Christina Milian as an American designer whose failed business drives her to an unexpected DIY project in New Zealand. Netflix's Falling Inn Love trailer teases a love story destined to renovate your end-of-summer blues, so get your paintbrushes and tools ready.

Thanks to films like To All the Boys I've Loved Before and Set It Up, Netflix's summer of 2018 played a massive role in the revival of the rom-com genre. Following the success of those films, it seems like barely a month passes by without Netflix releasing a new rom-com. This summer has already seen the premiere of Always Be My Maybe, so what better way to say goodbye to the season than watching another original rom-com? Celebrating this beloved summer tradition, Netflix is releasing another love story with a unique twist.

Singer and actor Milian stars in Falling Inn Love as Gabriela, whose bad breakup happens to occur the same week she loses her job at a San Francisco design firm. Reeling about what to do next, she enters an online contest to win an inn in the New Zealand countryside. When she wins, she uproots her life to move across the world, but like most things in a world of dating apps and catfishing, her new home is in worse shape than she was led to believe. She enlists local hunky contractor Jake Taylor (Adam Demos) to help restore the inn, but as the project progresses, sparks fly between the two. When another opportunity arises for Gabriela back in San Francisco, she's torn between remaining in New Zealand and returning to her old life. Meanwhile, Jake struggles with being honest about his feelings for Gabriela.

Complete with welcoming neighbors and a goat serving as the inn's first unofficial guest, Falling Inn Love looks like a perfect dose of summer sweetness before it's time to whip out the sweaters and pumpkin spice lattes for autumn. Plus, if you want to prepare for the DIY love story, there are also plenty of romance novels with handyman heroes out there, so it's only right to embrace that mood before you fall in love with Demos' jack of all trades.

Falling Inn Love arrives amidst Netflix's publicized plans for even more original romantic comedies. Set It Up stars Glen Powell and Zoey Deutch are slated for another Netflix movie called Most Dangerous Game, and the much-anticipated sequels to To All the Boys I've Loved Before and The Kissing Booth are both tentatively scheduled for 2020. With all of these premieres taking over the calendar, it looks as if there's no need to make trips to the movie theater any time soon. Maybe I'm closer to affording that one-way flight, after all. In the meantime, I'm booking my time for a viewing of Falling Inn Love.