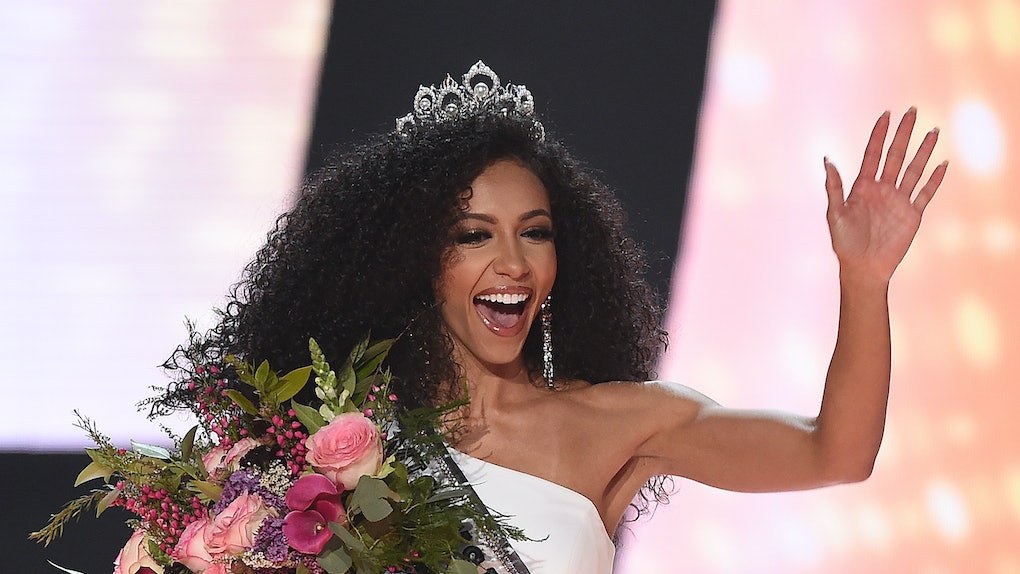 You might think that ballgowns and high heels are a large part of the Miss USA pageant, but those days are pretty much gone. Now, it seems to be all about the interview segment, where contestants are asked tough questions on topics like women's empowerment, gun violence, and voting rights. For the 2019 competition, the contestants weighed in on subjects such as politics and the Millennial generation, and while there were truly some flawless responses, Miss USA Cheslie Kryst's answer about #MeToo and #TimesUp really stands out.

According to E! News, Kryst beat 50 other contestants during the May 2 competition, which seemingly has a lot to do with the responses she gave during the interview segment, where the top five contestants faced questions written by each other. Per The Washington Post. Alejandra Gonzalez of New Mexico went first, responding to a question on what topics she would like to see addressed in the 2020 election. Then it was Kryst's turn.

“For the past two years, #MeToo and #TimesUp have dominated our national conversation. However, some believe it has only deepened the divide between men and women. Have these movements gone too far?” the question read.

Kryst, who represents North Carolina and works as a civil litigation attorney and defense attorney, responded with a spot-on comment, saying that she's proud the movements have prompted candid conversations, and encouraged survivors to share their stories and seek justice. She said:

She's got a serious point there. Since their creation, these movements have triggered important conversations, even beyond the workplace, so kudos to Kryst on that one. The applause in the background says it all.

That's not the only response that maybe helped secure her win, either. When asked to describe her generation, Kryst, a Millennial who describes herself as a “weird kid” with a “unibrow,” shared a response that was inspiring AF.

“I would say that my generation is innovative. I am standing here in Nevada, in the state that has the first majority female legislature in the entire country,” she said, according to The Associated Press. “Mine is the first generation to have that forward-looking mindset that has inclusivity, diversity and strength and empowered women. I am looking forward to continuing progress with my generation.”

She seems to be putting her money where her mouth is. According to the AP, Kryst does pro bono work to help inmates earn reduced sentences and provides fashion inspiration through her own blog, White Collar Glam. (Sorry, but this woman seriously sounds like #goals.)

For now, though, she'll be advancing to the Miss Universe competition. So here's wishing her luck. If the Miss USA competition is any indication, she'll do just fine.