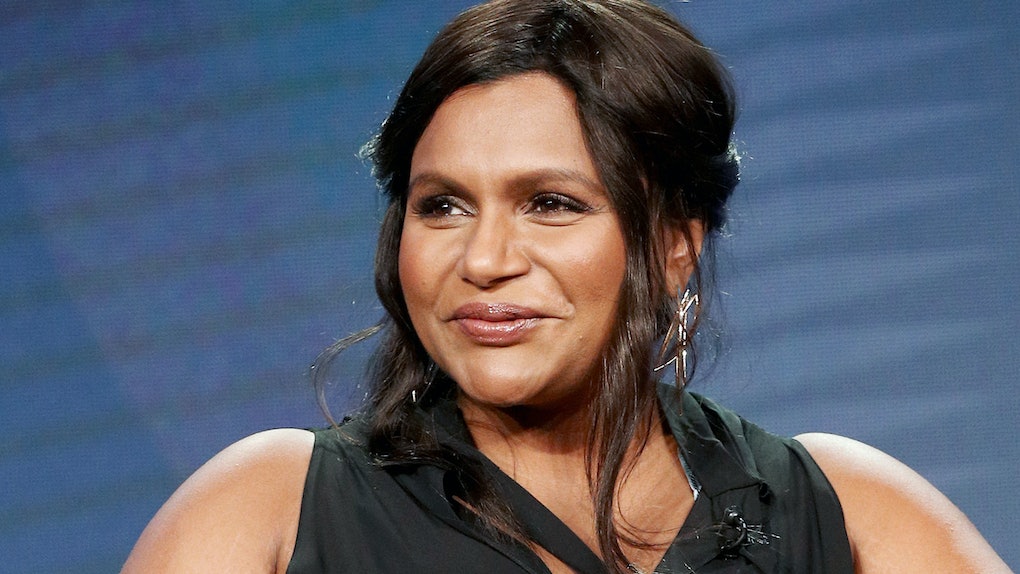 It's only March, but Mindy Kaling is already having an amazing 2019. Her fans are anticipating the summer release of Kaling's big-screen comedy Late Night and the Hulu debut of her anthology series Four Weddings and a Funeral. In case you're more of a Netflix fan than of new movies or other streaming services, Kaling's casual takeover of your watchlist is continuing. Mindy Kaling's new Netflix show is introducing a semi-autobiographical take on an Indian-American teen's life. If Kaling's hilarious books and Twitter feed are any hints, her realistic, relatable touches will make this an unmissable watch.

On March 20, Netflix announced that Kaling has signed a deal for a 10-episode comedy series loosely based on her own upbringing. Kaling grew up in Massachusetts as the daughter of Indian immigrants, a scenario recreated for her alter ego Mindy Lahiri on her TV show The Mindy Project. According to the blurb about her new project, the Netflix series will follow a similar situation, detailing the modern-day life of a first-generation Indian-American teenager. If this teen is as obsessed with rom-coms as a young Mindy Lahiri was, I'm destined to love her immediately.

In addition to having created the untitled series, Kaling will write and executive produce alongside her Mindy Project colleague Lang Fisher. The two women will also work as co-showrunners, but whether Kaling will appear as a character on the Netflix series is unknown. Based on her past shows, she's definitely up to the multitasking. The actress created, executive produced, and starred in The Mindy Project, which ran from 2012 to 2017 on FOX and Hulu. Even when she created the male-centric NBC comedy Champions, Kaling appeared in a minor role. Could she play her main character's mother in this new show?

We'll have to wait for more casting and release info, but Kaling teased what else we can expect from the series in a tweet. "Get ready for lots of relatable, awkward teen moments," she wrote. Um, yes, please.

Having created so many of her own film and TV opportunities, Kaling has used her powerful positions to give other people of color a shot at success. According to Variety, her being the only female of color on The Office's writing staff inspired her to hire diversely for the writing teams of The Mindy Project and Four Weddings and a Funeral. Indian-Canadian Nisha Ganatra also directs the upcoming comedy Late Night. It's probably safe to assume that we can see similarly inclusive staffers behind the scenes on Kaling's Netflix series.

Kaling also opened up to Variety about the crafting of the series, saying, "Netflix approached me about doing a series on young Mindy. I wasn’t as interested in telling a period piece about an Indian girl growing up in the ’80s, but I told them I’d love to do a show about a 15-year-old Indian girl now."

Kaling has tackled what it means to be an adult, so here's to her take on being an Indian-American teen today. I'm definitely looking forward to the first kiss mishaps and acne problems.