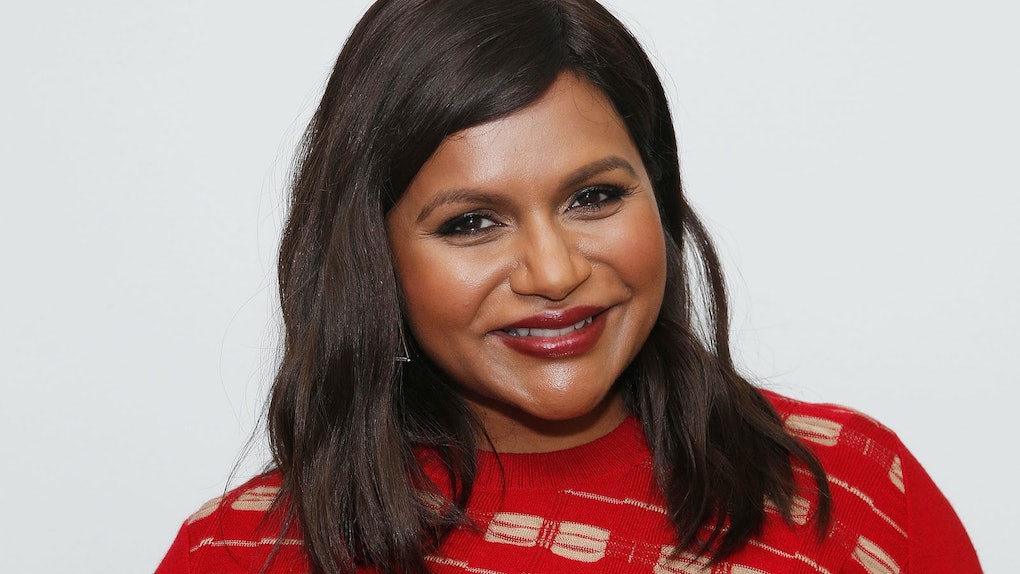 Nowadays, Mindy Kaling is one of the biggest names in comedy — over the past year, she starred in blockbuster movies like A Wrinkle in Time and Ocean's 8, co-created and appeared in the NBC sitcom Champions, and currently she stars in the buzzy comedy Late Night, which she also wrote. But before becoming comedy's "it girl," Kaling got her start about 15 years ago on the still-popular sitcom The Office. Strangely enough, though, Kaling almost passed on her star-making role for another iconic comedy show. Mindy Kaling turned down SNL for The Office back when the beloved workplace comedy was just getting started, and that one decision might have totally changed the trajectory of her career.

Mindy Kaling got her start in comedy in the early 2000s by performing stand-up around New York City. In 2002, she gained buzz for her original off-Broadway play Matt & Ben, in which she played a fictionalized Ben Affleck in a reimagining of how he and Matt Damon came up with Good Will Hunting. She got her big break two years later when Greg Daniels hired her to write and star in his American adaptation of the UK comedy The Office. Kaling played the gossip-loving customer service rep Kelly Kapoor and was the only woman writer for the series at its beginning.

But before The Office became the pop culture fixture that it is today, Mindy Kaling actually nearly left the series. Kaling recently revealed on The Daily Beast's "The Last Laugh" podcast that midway through the second season of The Office, she was invited to audition for Saturday Night Live, which was a lifelong dream of hers. Kaling was even offered a role as an SNL writer with the promise to become a cast member in future seasons, but she was forced to turn it down by The Office showrunner Greg Daniels:

I sat down with Greg and I said to him, 'It would be my dream to be a cast member on Saturday Night Live.' And he’s like, 'You have a job here, I don’t understand why you would want to leave.' And I said, 'I know, it’s just this is my childhood dream.' And he said, 'OK, if you go there and get cast on Saturday Night Live, I will let you out of your contract.' So I went there and I auditioned and afterwards I had heard that Lorne [Michaels] wanted to offer me a job as a writer there, but not as a performer. But there was some hint at that point that if I stayed on long enough, like Jason Sudeikis, that I could maybe graduate to be a performer. That was dangled to me, so I thought, well that’s pretty exciting. So I went back and talked to Greg about it and he said to me, 'No, that’s not the deal we made. The deal we made is that if you get cast as a cast member you can go.' And it was really a life-changing thing. I think the course of my career would have gone really differently had I left The Office and done that instead.

Of course, The Office grew to become one of the most popular comedy series of the 2000s soon after Mindy Kaling's decision to stay on, and it provided her the springboard to launch her own hit workplace comedy The Mindy Project that ran for six seasons.

It is impossible to say what might have happened if Mindy Kaling took that Saturday Night Live gig instead of staying with The Office, but it definitely feels like it would have had a major effect on where she would be today.