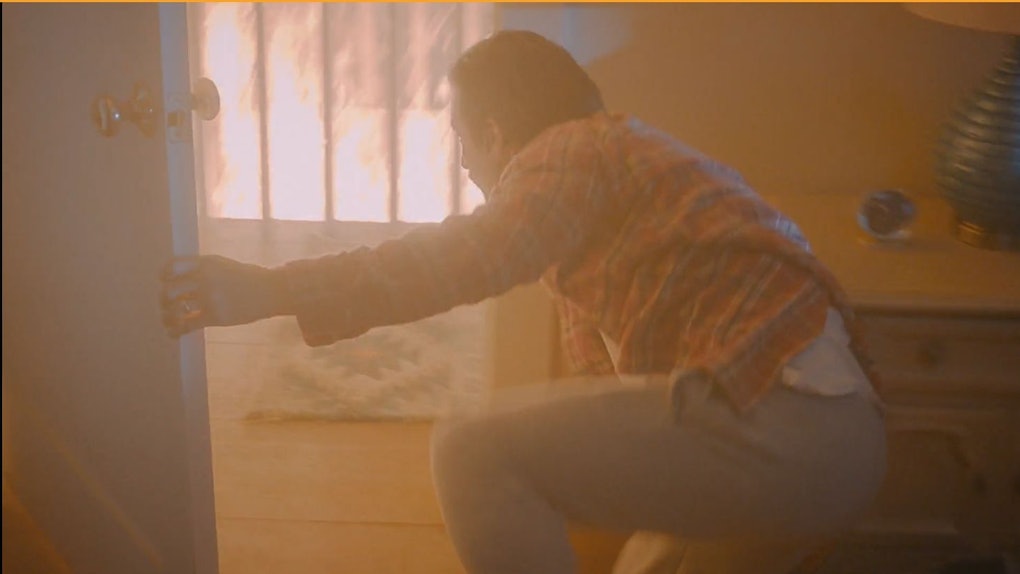 This week's one-two punch from This is Us brought the family (and the show) to the first major turning point in their lives. Sunday night's Super Bowl episode brought us to the night of the fire, when the home that the Pearsons occupied for nearly 18 years burnt to the ground. It also brought us the death of patriarch Jack, and the devastating effects it had on the family. But what fans might not know is that Milo Ventimiglia's stunts on This Is Us were all done himself. Not only is the man a superhero on screen, he's also one on set.

Series creator Dan Fogelman revealed that information to Entertainment Weekly during their wrap up interview after both episodes had aired. Prior to the episode, Fogelman had mentioned offhandedly that filming that scene was one of the most expensive things they've done on the show to date, partly because they needed to film it where fans couldn't see and spy and report back with spoilers, and partly because it involved burning an entire house to the ground.

Now, it turns out they didn't just burn a house to the ground, they did it with one of their most valuable actors inside, running around, carrying mattresses, and busting out of the front door like Superman.

On the subject of how hard Ventimiglia worked over these two episodes, Fogelman said:

You can’t state enough what he does in the first six minutes [of the episode]. He did all his own stunt work, I mean, we really burnt a house. So to be able to, in a 46-minute span, go from action hero to romantic comedy lead — and then, in [Tuesday’s episode,] he stars in six one-act plays, in the course of an hour of television, each with a different member of the family — I think it’s just tour de force for a guy who’s at the top of his craft right now.

Fans have been very concerned that this two-part reveal of the night Jack died, and the memories of burying him would be the end of the character. But nothing could be further from the truth. Ventimiglia himself said that the show was a little like "a box of unmarked home movies" where each week featured scenes from whichever one they happened to grab. That's why everything is all out of order, with flashbacks to the past mixed in with the present, and now promises of flash forwards also to come as we go deeper into the box of videotapes.

The trailer for the final episodes of the season also promises that Jack isn't going anywhere anytime soon. Over the course of Season 2, there have been hints that Jack's life isn't what he said it was. First, there was his younger brother, Nicky, who came out of nowhere. Then it turned out, his claims of being a car mechanic in Vietnam (like some sort of real-life Sgt. Rizzo from M*A*S*H) were also false. He'd been on the front lines of the war along with his brother. But only one came home.

Before the season ends, we'll get a chance to see some of that life that Jack experienced in a brand new flashback, while the show focuses on the present with Kate and Toby's upcoming wedding. We also hope they'll start pulling more often from the box that contains clips from the future, and see more of Randall as the old man his father never got to be, and how Tess turned out as an adult.

This Is Us will return to finish out the final episodes of the second season on NBC after the Olympics are over on Tuesday, Feb. 27, 2018.