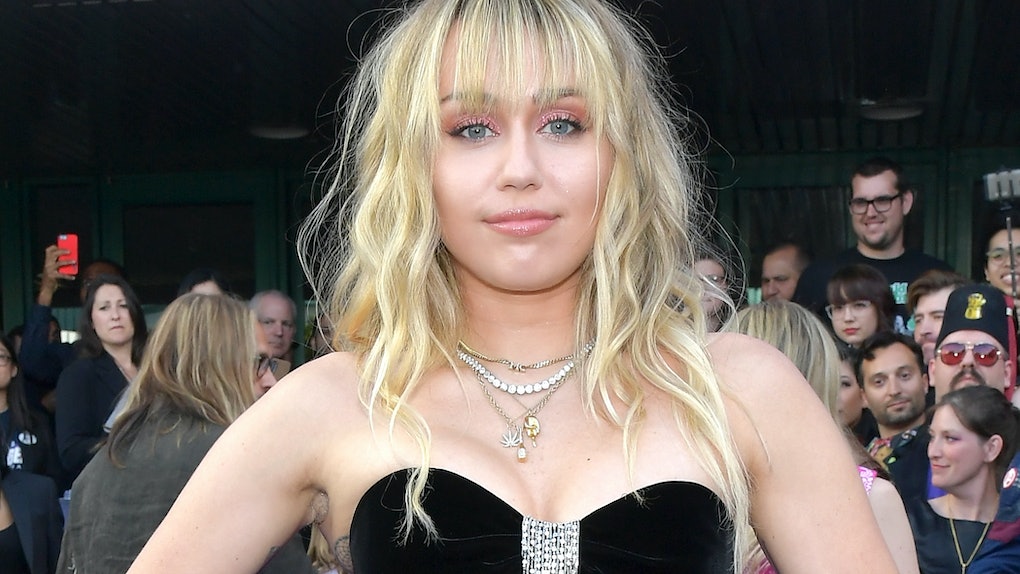 If you're newly single and craving a change of scenery, Miley Cyrus' vacation after her reported Kaitlynn Carter split just might be your new inspiration. Miley, 26, posted a few solo shots of herself chilling on a mountainside. In the first series of photos she captioned them: "KEEP ON MOVIN’ KEEP CLIMBIN’ ⛰" The next series of photos featured her mom, Tish, and her sister, Brandi, alongside the caption, "Necessary Mom n Sister trip @brandicyrus@tishcyrus."

For those of you who missed the memo, news of Miley's reported split from Kaitlynn first surfaced on Sept. 21. "Miley and Kaitlynn broke up," an insider told People. "They’re still friends."

The source continued, "they’ve been friends forever and were there for each other when they were both getting separated, but they’re just not in a romantic relationship anymore."

"Miley and Kaitlynn are no longer together romantically," another source told Entertainment Tonight that same day. "They have been there for each other through tough times recently but decided it's best to be friends."

The "tough times" the second source is referring to could be the women's splits from their respective ex-husbands. A rep for Miley announced her split from Liam Hemsworth on Aug. 10. "Liam and Miley have agreed to separate at this time. Ever-evolving, changing as partners and individuals, they have decided this is what’s best while they both focus on themselves and careers," the rep told People. "They still remain dedicated parents to all of their animals they share while lovingly taking this time apart. Please respect their process and privacy."

That same day pictures surfaced of Miley reportedly making out with Kaitlynn.

If the reports that Miley and Kaitlynn have split are true, Miley is coping with not one but two breakups. And, I mean, does anything sound better than a vacation with your mom and your sister in the mountains away from it all while you're trying to recover from that level of heartbreak? Here are her pics.

Kaitlynn also has another breakup of her own to unpack. Shortly before dating Miley, Kaitlynn split from Brody Jenner. Luckily for Kaitlynn, the two seem to be on good terms. At the height of her relationship with Miley, Brody took to Instagram to defend his ex:

"There is far too much negativity being directed at someone who I love and care about very much. I feel the need to set the story straight. Kaitlynn and I have been best friends for 6 years, and we continue to be," he wrote on Aug. 17. "We, like many others before us and many after us, grew in different directions over those same 6 years. Kaitlynn is a wonderful person, beautiful and fun to be with, always a positive force in my life. We decided the best move for both of us was to keep our love for each other strong but move forward separately with our lives. I respect Kaitlynn and care deeply about her. She deserves to be able to move forward in her life with respect and happiness."

Here's to hoping we all get a chance to go to go on a nice mountainside retreat next time we're going through a breakup.